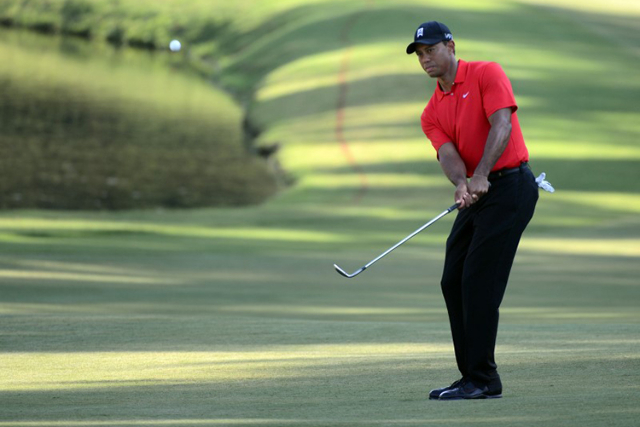 Tiger Woods chips onto the 15th green during the final round of the Wyndham Championship golf tournament at Sedgefield Country Club. Rob Kinnan-USA TODAY Sports

Former world number one Tiger Woods announced on Friday that he underwent back surgery earlier this week and will be sidelined for the rest of this year.

The 14-times major champion, who had a similar procedure on his back in March 2014, hopes to return to competition in early 2016.

“This is certainly disappointing, but I’m a fighter,” Woods, 39, said in a statement on his website. “I’ve been told I can make a full recovery, and I have no doubt that I will.”

As a result of the microdiscectomy surgery, which was performed in Park City, Utah on Wednesday, Woods will not be able to compete in the Oct. 15-18 Frys.com Open as he had initially planned.