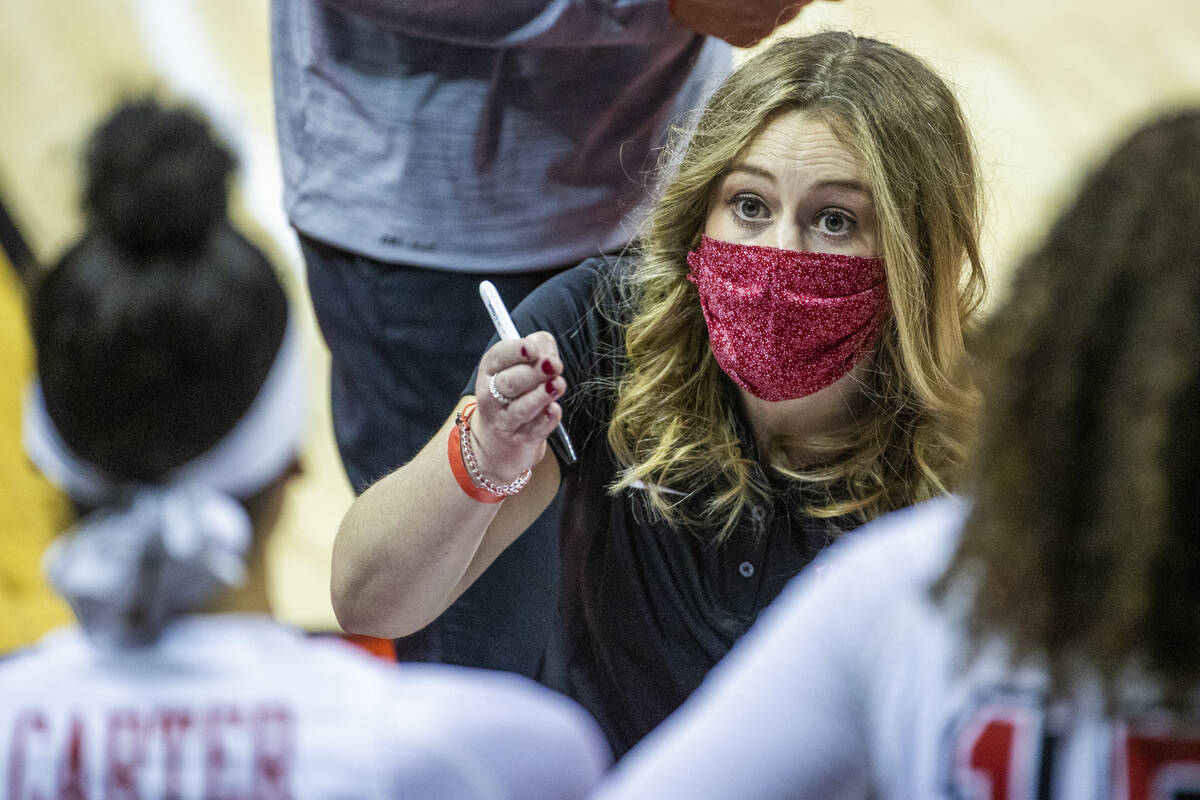 Not anymore, though. Not this season.

The Lady Rebels have been picked to finish third in the conference by a panel comprised of the league’s media, garnering preseason respect after finishing second in 2020-21 under coach Lindy La Rocque — who begins her second season on the sideline Nov. 9 against Oral Roberts.

UNLV was picked to finish ninth last year, but finished 13-5 in league play while adjusting to La Rocque and her championship expectations.

“Having now some time to reflect on it, it was such an amazing experience with a great group of young women just to be able to come together to play some hoops, stay healthy and stay positive,” she said Wednesday during the Mountain West’s virtual media days. “We’re really excited about the foundation that (it) helped lay for this year. We’re thrilled with how we did this year, but it’s a new year.”

La Rocque said she expects the Lady Rebels to contend for the Mountain West title.

“Not just third. Our goals are to be at the top of the conference,” she said. “The preseason stuff, it’s great … but it really doesn’t mean much. It’s not a predictor of the future. It’s a great honor, but we’ve got a lot of work to do.”

Former Centennial standout Justice Ethridge is also rejoining the team after sitting out last season amid the COVID-19 pandemic.

“In a lot of ways we’re younger and more of a new team this year than we were last year,” she said. “It presents different challenges. But our energy is great. Our effort is great and we are committed to our process.

“With so many new faces, new players, a lot of really talented young players that are excited and eager to play, we’re just committed to doing our daily work. We know the results, the outcomes and those things will take care of themselves at the end.”