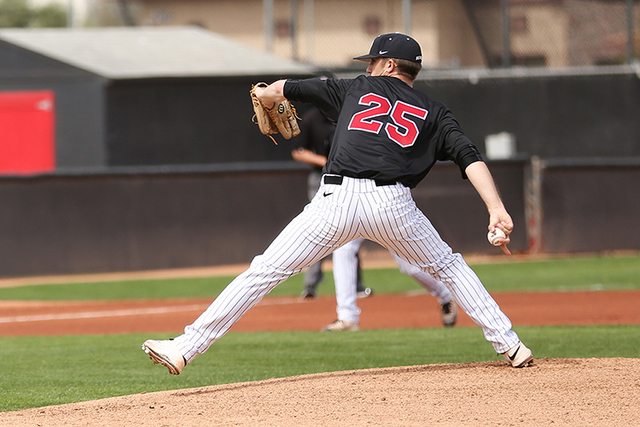 Senior starting pitcher Kenny Oakley has been a bright spot for the Rebels during a down season. (Courtesy photo/UNLV)

Wylie and David Hensley each went 3-for-4 for San Diego State, which held a 15-9 edge in hits while winning for the second time in six games.

Andrew Yazdanbakhsh, Cooper Esmay and Justin Jones each had a double and a single, with Yazdanbakhsh and Esmay each driving in two runs for UNLV, which had won three straight.

Rebels starter Kenny Oakley gave up three runs, two earned, on eight hits and three walks and struck out one in five innings.