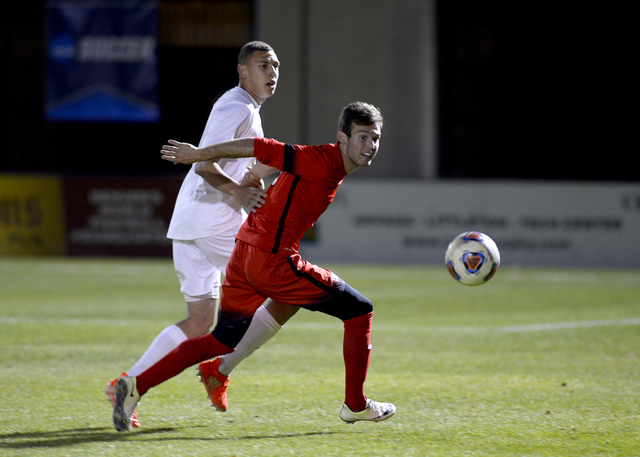 Danny Musovski had four goals and an assist to power UNLV to a 5-1 rout over Oral Roberts in a nonconference men’s soccer match Sunday at Johann Memorial Field.

Musovski, a senior Liberty High School product, tied the program record for most goals and most points in a game and also matched the Western Athletic Conference mark for most goals in a game.

Oscar Velazquez had a goal and an assist, and Marco Gonzalez added two assists for the Rebels (3-6), who held a 31-9 edge in shots.

Jorge Barrientos scored in the 77th minute for the Golden Eagles (2-4-1), who trailed 3-0 at halftime and lost their third straight.

At San Diego, Jordan Sallee had six saves in her second shutout of the season, and the Rebels benefited from an own goal in the 52nd minute to open their Mountain West scheduled with a 1-0 win over San Diego State, their first victory over the Aztecs since 2008.