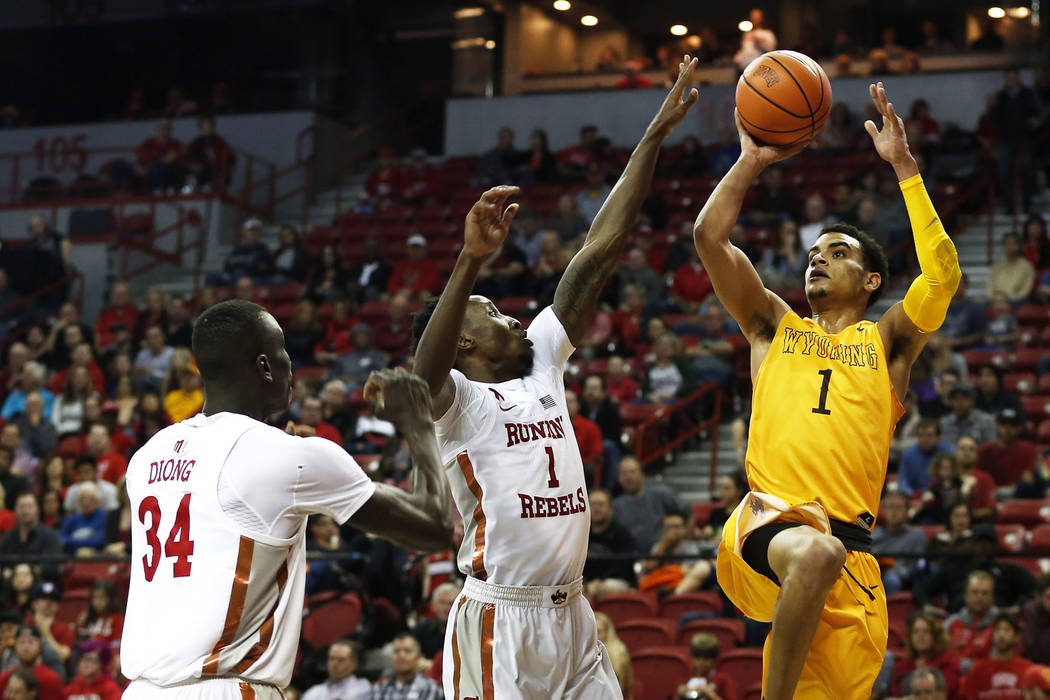 Breaking down UNLV’s basketball game against Wyoming at 7 p.m. Tuesday at Arena-Auditorium in Laramie, Wyoming:

Wyoming’s Justin James is one of the Mountain West’s top players, averaging a league-leading 20.7 points to go with 8.4 rebounds and 4.4 assists. He’s also a matchup problem at 6 feet 7 inches. UNLV’s Amauri Hardy and Kris Clyburn combine to average 26.3 points.

Joel Ntambwe helped rescue UNLV on Saturday at San Jose State, scoring 20 points in the 71-64 victory. Teammate Mbacke Diong has 35 blocked shots and averages 6.5 rebounds, and his 5-of-6 shooting was key against the Spartans. Hunter Thompson averages 10.2 points for the Cowboys. They have been outrebounded by nearly seven per game.

Both teams are similar when it comes to how far down the bench each goes. The Rebels have received a little bit better production from their reserves.

Winning at Wyoming is usually a challenge for the Rebels, who have lost their past three trips there. Five of the Cowboys’ six victories have occurred at home.

Return of fifth-year wing bolsters UNLV defense ahead of Wyoming