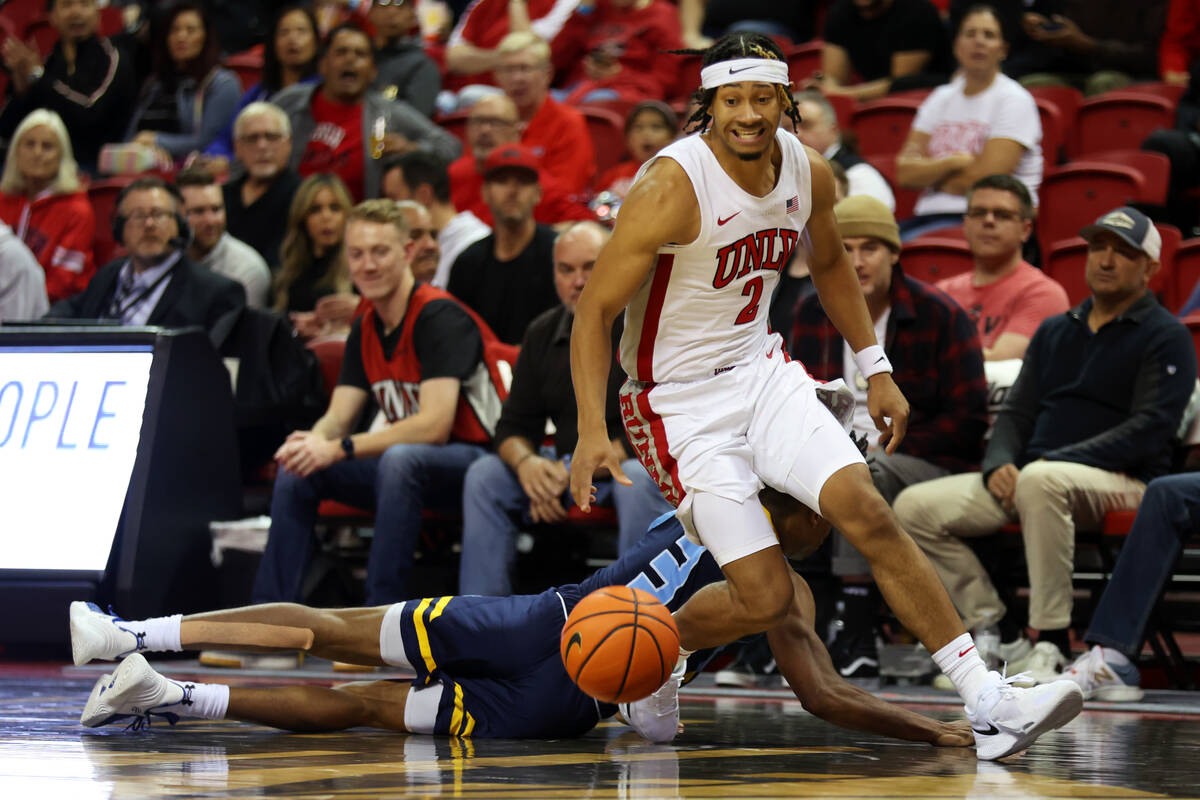 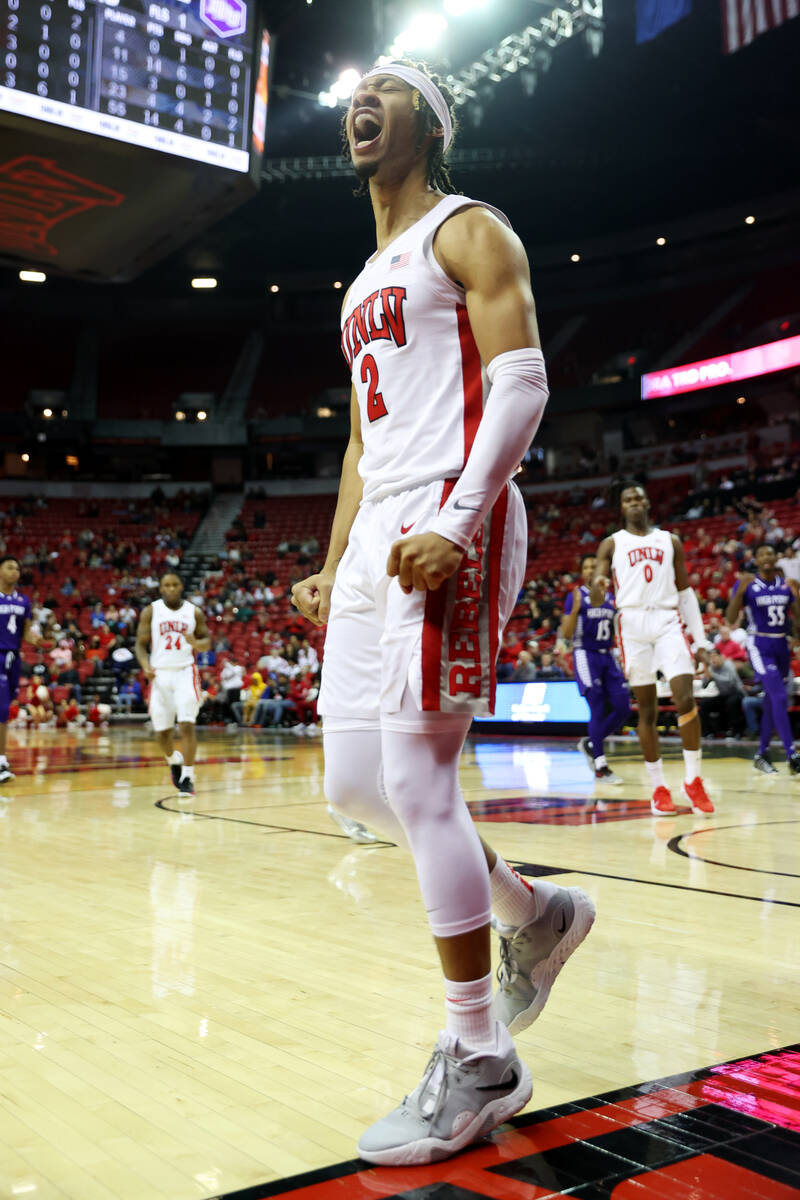 UNLV Rebels guard Justin Webster (2) reacts after a play during the second half of an NCAA college basketball game against the High Point Panthers at the Thomas and Mack Center in Henderson, Friday, Nov. 18, 2022. (Erik Verduzco/Las Vegas Review-Journal)

Most players answer with cliches when asked how it feels to be in a shooting slump. Quotes about consistent preparation, or the extra hours in the gym are the most common responses. Any consideration of admitting shooting slumps are affecting them are quickly waved away.

“It’s a big relief,” Webster said. “Early on I couldn’t make a shot. It was really frustrating me.”

Just as he did last season, Webster’s first at UNLV, the versatile guard has emerged as a key reserve in coach Kevin Kruger’s rotation. And after struggling with his shot through the first six games, Webster has found his 3-point stroke in the past two.

His offensive barrage comes at the right time for the Rebels, who will put their 8-0 record on the line Wednesday against Hawaii — Webster’s former school — at Dollar Loan Center.

“You root for those guys,” Kruger said. “You just root for the people that are consistent, the guys that are happy and fun to be around.”

Kruger uses the word “consistent” often when talking about Webster. He brings the same energy, attitude and effort, no matter how he’s playing or what the Rebels need him to do. Kruger thinks if UNLV’s players were asked to rank the team’s hardest workers, Webster would be at or near the top of everyone’s list.

Besides his shooting, Webster’s consistency is also evident in his stats. He’s grabbed at least one rebound in every game. He has dished out two assists in four of his eight appearances and has at least two steals in three games. Kruger said Webster’s consistency even extends beyond the four lines of a basketball court.

“Every time you see him in the morning or after practice and say, ‘Web, how are you doing?’ … He’s going to say, ‘What’s good, baby?’ Every single time,” Kruger said.

Shooting, particularly from distance, was the only column of the stat sheet in which Webster couldn’t find any consistency. He went 1 of 11 on 3-pointers to start the season. He admitted he was pressing and hunting shots instead of letting them come naturally in the progression of the offense.

But Webster finally got his shots to fall against Life Pacific, going 3 of 4 on 3s to score nine points.

That was just the prelude. It all came together in UNLV’s 95-78 win over San Diego. In a game Kruger called the Rebels’ most complete of the season, Webster scored a season-high 16 points to go with two rebounds, one assist and two steals in 19 minutes. He was 4 of 4 on 3s.

“I just told myself to keep believing, just keep shooting the ball because they’re eventually going to fall,” Webster said.

Wednesday’s game will be an emotional one for Webster. It will be his first time playing against the Rainbow Warriors (5-2), and he’s excited to see his former teammates and coach Eran Ganot. Webster played two seasons for Hawaii and led the team in scoring as a sophomore.

“Coach Ganot was the first coach that actually gave me an opportunity to play college basketball,” Webster said. “I’m forever grateful for that, and so being able to go against them and a bunch of my guys is going to be exciting.”