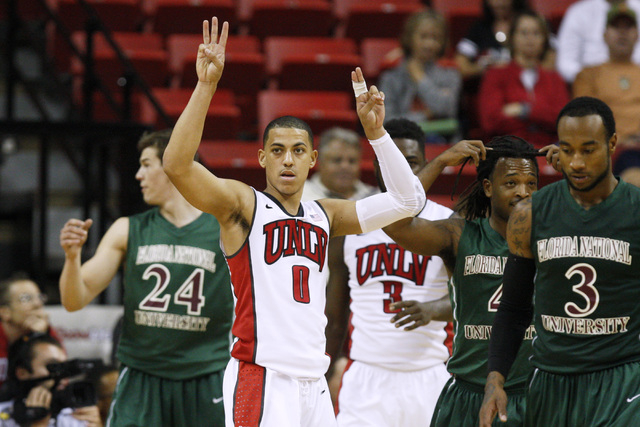 UNLV guard Kendall Smith checks with his coaches about what play to run against Florida National University during their exhibition game Wednesday, Nov. 5, 2014 at the Thomas & Mack Center in Las Vegas. UNLV won the game 100-65. (Sam Morris/Las Vegas Review-Journal) 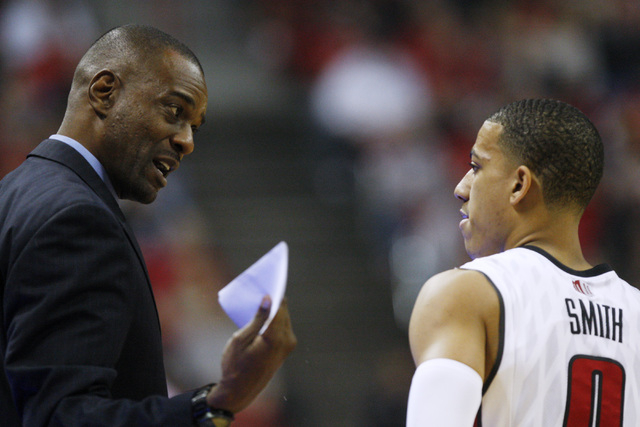 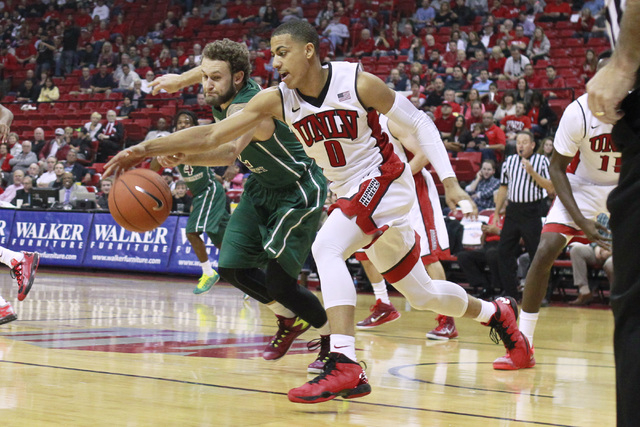 TEMPE, Ariz. — Sophomore guard Kendall Smith, who did not play in UNLV’s past three games because of an ankle injury, has left the basketball team and intends to transfer.

Smith did not travel with the team for Wednesday’s game at Arizona State and asked for a release from his scholarship.

“I want guys who want to be here,” coach Dave Rice said after the Rebels’ 77-55 loss. “I wish him the best. He requested his release, and I told him I would help him any way I could.”

Smith played a total of 14 minutes off the bench and scored one point in UNLV’s first two games. Rice recently promoted freshman Patrick McCaw to the backup point guard spot behind senior starter Cody Doolin. That was the second demotion for Smith in the past year.

As a freshman, Smith averaged 3.8 points while starting 13 times and appearing in 31 games, but he lost his starting job in early January. He scored a career-high 13 points in an 86-80 loss to the Sun Devils last season.

The Rebels will be deep at the point guard position next season with McCaw, Jerome Seagears, Daquan Cook and Jalen Poyser. Seagears, a transfer from Rutgers, is sitting out this season. Cook is redshirting while recovering from a knee injury. Poyser, who signed in November, is considered the No. 1 prospect in Canada.

Smith averaged 27.5 points as a senior at Deer Valley High School in Antioch, Calif. He was recruited by former UNLV assistant Justin Hutson, who returned to the San Diego State staff before Smith’s freshman year.