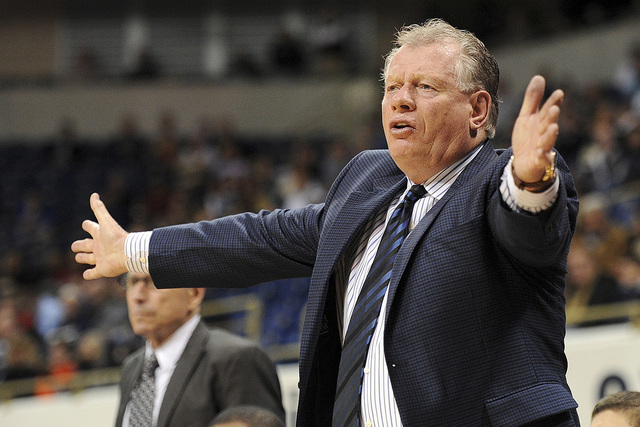 Former Loyola Marymount head coach Max Good gestures to his team during the first half of an NCAA college basketball game against Pittsburgh on Friday, Dec. 6, 2013, in Pittsburgh. (AP Photo/Don Wright) 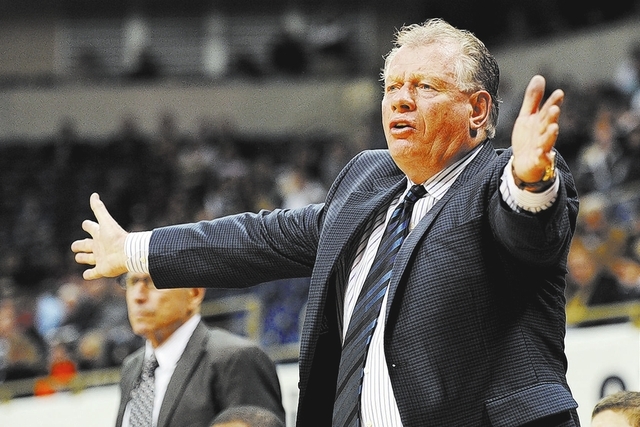 Loyola Marymount head coach Max Good gestures to his team during the first half of an NCAA college basketball game against Pittsburgh on Friday, Dec. 6, 2013, in Pittsburgh. (AP Photo/Don Wright)

From the moment Dave Rice put together his staff at UNLV, there were calls for him to bring an older, more experienced head coach to mentor him and help him navigate the turbulent waters of being a head coach in major Division I basketball.

Rice has finally done so, reaching out to an old friend as Max Good has joined Rice’s staff as a special assistant to the head coach. Good’s duties limit him to scouting, attending games and practice but not working directly with the players on the court. It is a non-coaching position but it will still allow him to have Rice’s ear whenever it’s necessary.

“I just want to blend in and help out any way I can,” Good said Tuesday. He had worked at UNLV from 1999-2001, first as an assistant coach, then as interim head coach when Bill Bayno was fired in mid-December of the 2000-2001 season. “I’m very close with David and whatever experience I can share with him to help him and the program, I’m happy to do it.”

Rice said he’s glad to be in a position to bring Good on-board thanks to the program’s booster club, which raised the $50,000 to pay Good’s annual salary.

“Over the course of time you learn things,” Rice said. “I think for him to use his years of experience and provide support for me, our staff and our players will prove invaluable. He has the ability t0 see the big picture and he’s completely loyal to UNLV. He will be a tremendous asset to the program.”

Good, who had been head coach at Eastern Kentucky for eight seasons and eight more at Bryant University, most recently was head coach at Loyola Marymount. He spent six years with the Lions and was the 2012 West Coast Conference Coach of the Year. His contract was not renewed after the Lions were eliminated in the second round of the WCC Tournament in March at the Orleans Arena. He was 77-117 at LMU.

Good, who turned 73 last month, said he’s not ready to retire from coaching and he has no problem with the role Rice created for him.

“I think it will be a smooth transition for me,” he said. “I’m not ready to leave basketball and this is very good situation for me to stay involved with the game.”

Good bought a home in Henderson two years ago as an eventual retirement home. Little did he know he’d be living in it while he was still active.

“My wife Phyllis and I always loved our time here,” he said. “We met some great people and we’ve maintained some close friendships over the years.”

Good, who was passed over for the Rebels’ head coaching job in 2001 which eventually went to Charlie Spoonhour after UNLV had a brief courtship with Rick Pitino, said he doesn’t harbor any ill feelings.

“My father told me a long time ago that people who live in the past have no present and no future,” Good said. “The people who made those decisions are no longer here (at UNLV) and my focus is on helping David and the program. That’s why I’m here.”