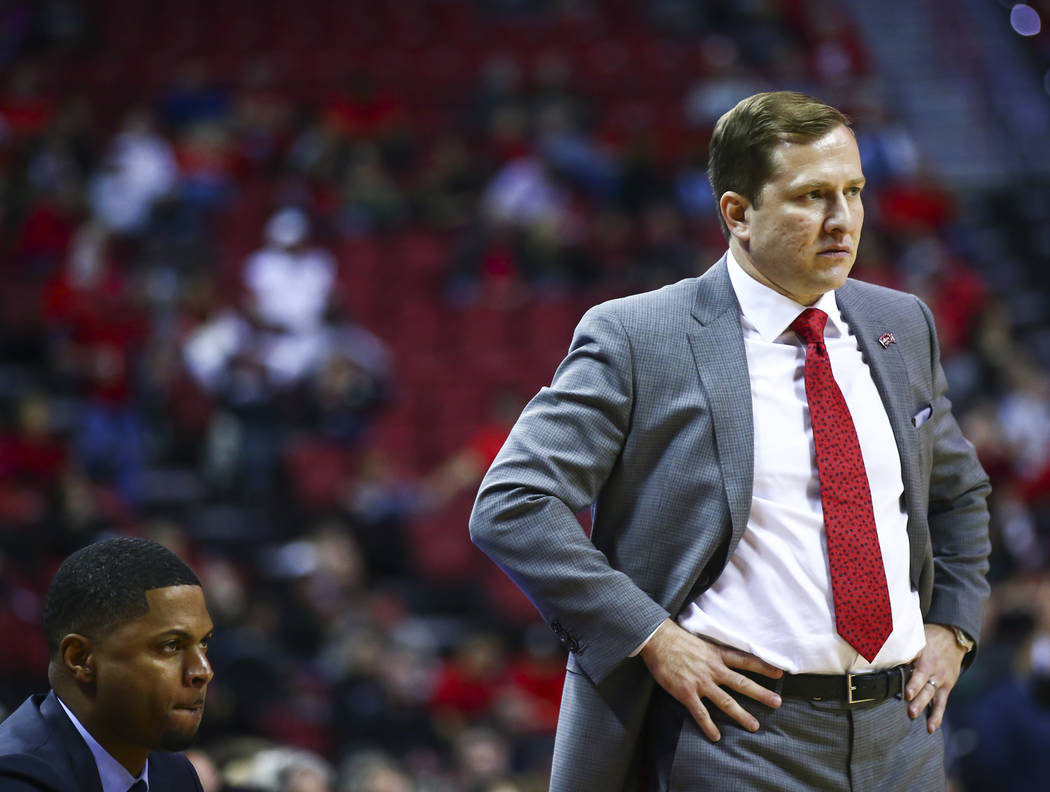 UNLV head coach T.J. Otzelberger looks on during the second half of a basketball game against Southern Methodist at the Thomas & Mack Center in Las Vegas on Saturday, Nov. 23, 2019. (Chase Stevens/Las Vegas Review-Journal) @csstevensphoto 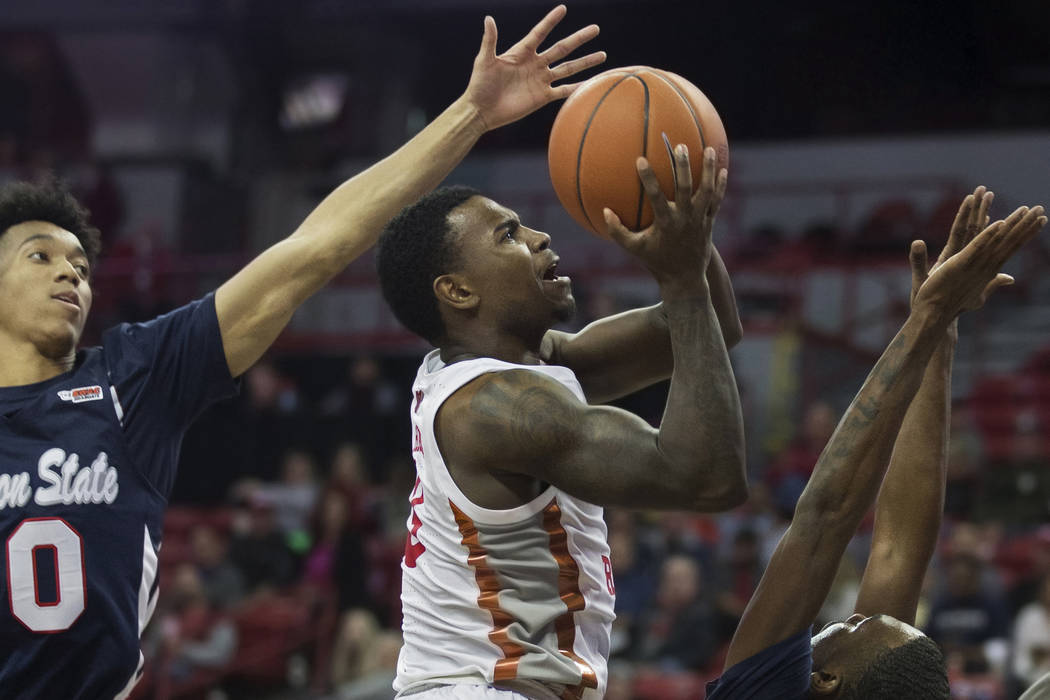 UNLV, according to Kenpom’s formula, is the nation’s fourth-unluckiest team, and for a team that has lost three overtime games and two others by seven or fewer points, the Rebels’ 3-6 record would be considerably different if a few plays here and there had gone the other way.

But that old saying about making your own luck also applies.

The Rebels have had more than their share of opportunities to seize control of games, but they have gone into second-half offensive funks that cost them in each of those close losses.

“We’re usually at a good position at halftime, and at some point in the middle of that second half, we kind of come apart,” coach T.J. Otzelberger said. “We get a little panicked. We over dribble. We take challenge shots. And when we try to go to the rim, the defense collapses, and now they’re getting blocks and tips and they’re going the other way in transition.”

To reverse that trend, Otzelberger said the Rebels need to stick to the plan and not get caught up in the momentum of the game.

If UNLV is to win at Fresno State (2-4) in a rare Mountain West December game, avoiding another one of those dry spells is vital when the teams meet at 7 p.m. Wednesday.

Otzelberger has taken the approach of breaking down why these scoring droughts keep occurring with his players, trying to make it more factual than psychological.

Guard Amauri Hardy agreed it was a matter of remembering to keep moving offensively rather than any problem with mentally pressing when the shots stop going in the basket. He said creating offense with passes to the wings or dropoffs to the posts also would give opposing defenses something to think about.

“We really emphasized (movement Monday) in practice,” Hardy said. “I think we’ve got to continue to drill that in each other’s heads. I feel like sometimes I could be better moving … and being an available outlet for guys. I would definitely say standing around, we’ve become a victim of that a lot of times.”

— UNLV scored three points over a 5-minute, 23-second span in a 60-56 overtime loss to Kansas State.

Somehow, the Rebels erased a 10-point deficit with 1:10 left with a furious rally before finally losing 72-65 in overtime.

“It shows that they’re not giving in,” Otzelberger said. “They’re not folding. They’re playing hard. So I do think it’s something we can build on, but more than anything we’ve got to have the guts that when we have these leads … to stay with what we’re doing.”