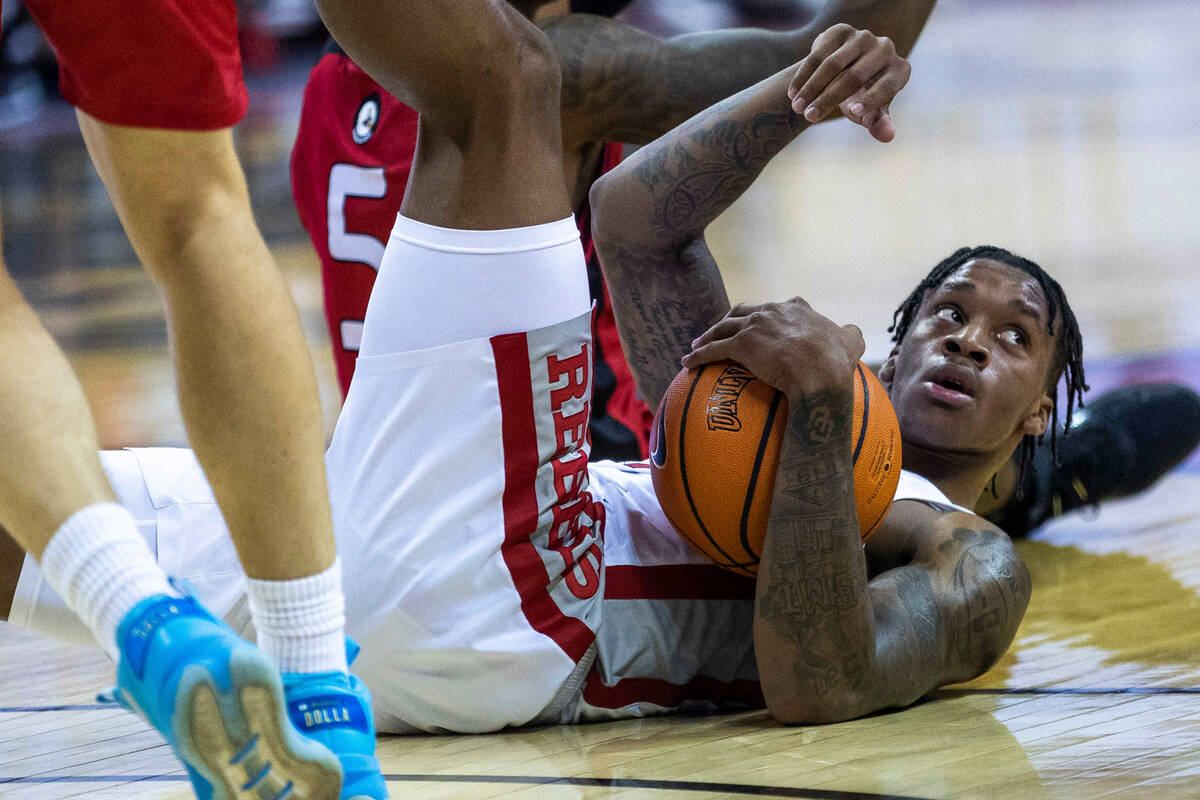 UNLV fifth-year wing Elijah Parquet is happy to be back. After missing eight games with a knee injury, he returned to the court Saturday, playing 31 minutes against Fresno State.

However, this UNLV team is in a completely different place than the one he left in mid-December. That Rebels squad was 10-0, off to its best start since the 1990-91 season. The group he returned to has slumped to 12-7. They only have one conference win, and their once-sturdy defense has been shredded by Mountain West opponents.

“We just have to stay together,” Parquet said. “It’s natural for guys to want to drift away, go separate ways and blame people, but we’ve just got to stay together. We’re a pretty close group, so I feel like we’re all together still.”

UNLV has a chance to snap its four-game losing streak at 8 p.m. Tuesday when it welcomes fellow Mountain West basement dweller Wyoming to the Thomas & Mack Center. The teams are tied for the worst record in the conference after the Cowboys — riddled with injuries including 2021-22 All-Mountain West honoree Graham Ike— finally won their first game of the Mountain West season Saturday, a 58-57 win against Colorado State.

“We know if we want things to change, we have to change,” UNLV coach Kevin Kruger said.

Kruger’s defense has continued to falter. In its most recent outing, UNLV (1-6 in the Mountain West) allowed Fresno State to shoot 54.3 percent from the field and 47.4 percent from 3 during its 76-63 loss Saturday, despite the return of Parquet.

The former Colorado wing admitted he’s still getting his legs under him after missing almost six weeks. Parquet is also learning how to play with a leg brace, something he’s never used before, though he said wearing it throughout his rehab has made it more comfortable ahead of playing Wyoming (6-13, 1-6).

Most of Parquet’s rehab consisted of strength and mobility training for his knee and quad muscle, along with conditioning to keep him in good shape. Kruger said Parquet told the staff he felt normal after the Fresno State game, and the UNLV coach expects him to return to his early-season minute totals.

“I just want to go out there and do what I do,” Parquet said, “set the tone, show them that I’m out here to just work, take on that challenge.”

Parquet’s return coincides with some defensive changes, or as Kruger calls it, an “adjustment.” Parquet said opposing teams are hunting specific defensive mismatches against UNLV, and the team is emphasizing fighting through screens and not giving up easy switches in response.

Kruger also said UNLV has been too quick bringing help since conference play started. Weak-side defenders are sliding over too early, which has left back-door cutters open for easy points at the rim, something Fresno State exploited several times.

Kruger and Parquet are confident this veteran-heavy team can quickly adapt to any scheme changes the coaching staff makes.

Just as UNLV got one of its best defenders back in Parquet, another one’s status remains questionable. Senior wing Luis Rodriguez picked up a groin injury Saturday and Kruger considers him day-to-day. Whether the Rebels have Rodriguez or not, Parquet says they have to have more focus and concentration.

“We have to lock in and get the job done,” Parquet said. “At this point, we have no room for errors or any mistakes.”