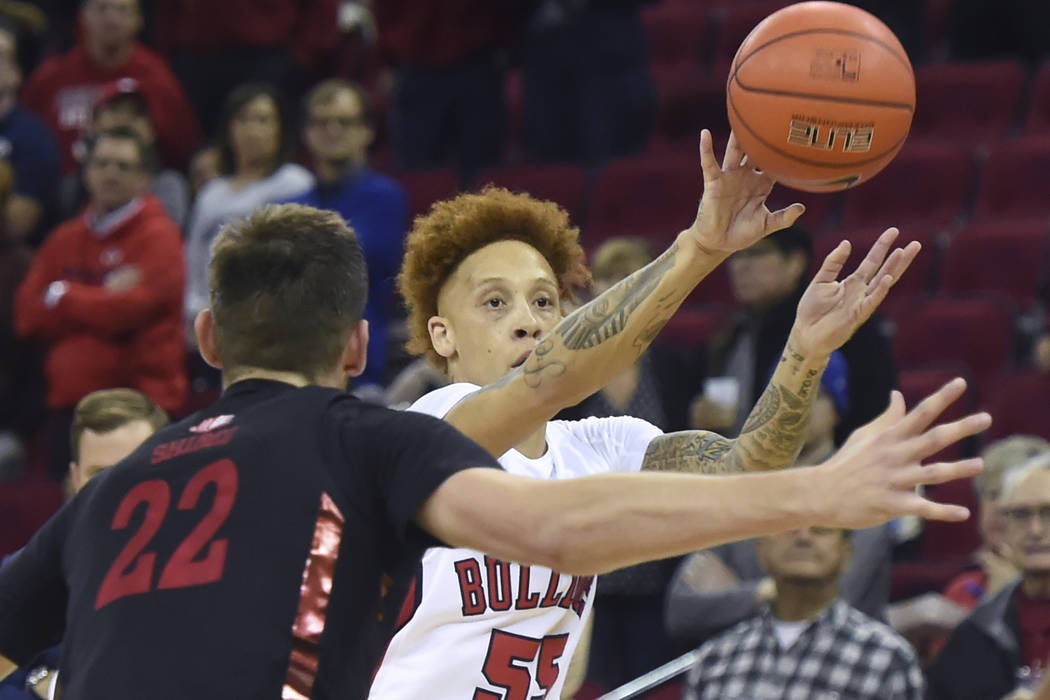 UNLV went into Wednesday’s game at Fresno State without two starting guards and having lost a series of close games, including 0-for-3 in overtime.

As a result, the Rebels relied heavily on three players, with Donnie Tillman, Bryce Hamilton and Amauri Hardy sparking UNLV to an 81-80 victory over the Bulldogs in double overtime in Fresno, California.

It was the Mountain West opener for both teams.

“I’m really proud of our guys,” UNLV coach T.J. Otzelberger said. “So many guys stepped up. We know how hard it is to win on the road. We talked a lot about a new season here in conference play. We knew they were a physical, gritty, tough team.”

“We’re just going to keep building on it,” Tillman said. “We’ve been battle tested. We kept putting opponents in position to beat us, and now we just finished the game.”

UNLV played without guard Elijah Mitrou-Long, who is out six to eight weeks with a broken left thumb. Fellow guard Jonah Antonio missed his fifth consecutive game with an injured left hand.

UNLV trailed 65-60 in regulation when Marvin Coleman made a 3-pointer with 33 seconds left to bring the Rebels to within two points.

Hamilton then knocked the ball out of Mustafa Lawrence’s hands. The ball went off Lawrence’s right knee and out of bounds to give possession back to UNLV. Hamilton then drove and banked in an 8-foot shot for the tie at 65 with six seconds remaining, forcing overtime.

Tillman had the chance to put UNLV ahead in the first overtime, going to the free-throw line with 10.1 seconds left and the Rebels down 72-71. He made the first free throw but missed the second, and the game went to a second extra period.