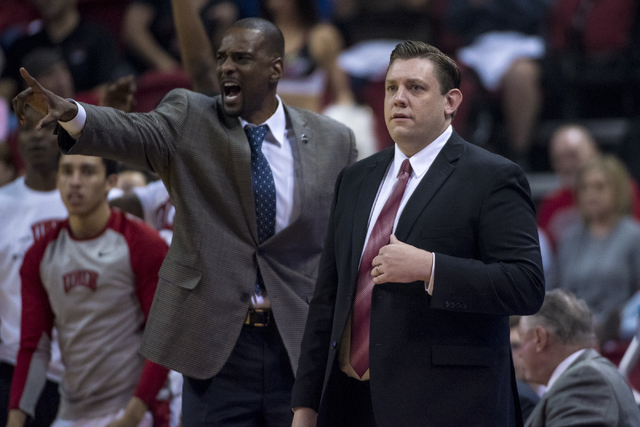 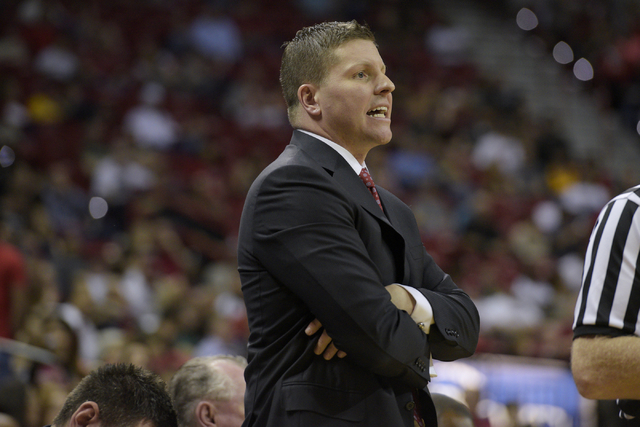 Simon, 35, became the interim coach after Dave Rice was fired Jan. 10. The Rebels went 9-8 under Simon and finished 18-15 overall, but UNLV was racked by injuries and other issues that reduced its roster to six available scholarship players by late February.

Simon has been at UNLV for three seasons, joining the Rebels after coaching Findlay Prep to a 35-1 record and the semifinals of the 2013 ESPN National High School Invitational.

Augmon, 47, has been on UNLV’s staff the past five seasons, and he made his interest in the Rebels’ opening known in interviews with the Review-Journal and The New York Times. He has been responsible for UNLV’s defense since 2011.

Augmon is one of the Rebels’ all-time greatest players, playing on the 1990 national championship team and the 1991 squad that made the Final Four. He was named a first-team All-American his final season before going on to a 15-year NBA playing career, then four seasons as an assistant coach with the Denver Nuggets.

Miller, 40, just spent his second season on UNLV’s staff and has been a key to the Rebels signing some high-profile recruits, including 2015 NBA Draft first-round pick Rashad Vaughn. Miller also was integral to the four-player class that signed in November.

Simon and Miller declined to comment, and attempts to reach Augmon were unsuccessful.

UNLV athletic director Tina Kunzer-Murphy has said she would like to have a coach in place by the end of the month. Several national names have been linked to the position, including former UCLA and St. John’s coach Steve Lavin, New Mexico State coach Marvin Menzies and Stephen F. Austin coach Brad Underwood.