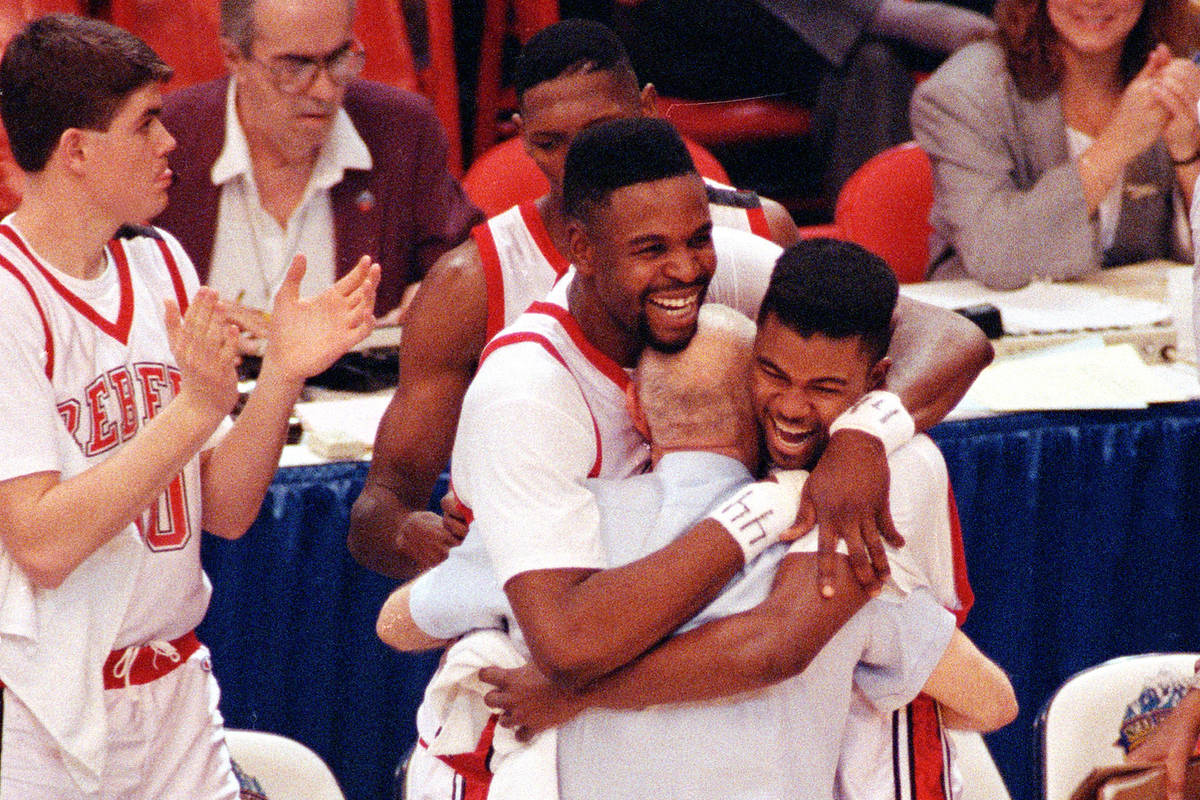 The Athletic ranked college basketball’s 25 most-dominating teams of the past 50 years, and the two most notable squads in UNLV history made the top 10.

Most observers agree that the semifinal team was better, and the statistics bear that out. If UNLV had closed the deal in 1991, the Rebels might have finished No. 1 on this list. The Athletic instead chose the 1971-72 UCLA team, which went undefeated and won the national championship.

“By the time they reached the Final Four, the Rebels had won 45 straight games, the postseason feeling like a slow procession toward a coronation. And then some upstart program called Duke ruined the whole thing. Such is the glorious, madcap nature of the NCAA Tournament, of course, and it turned out that Duke team was awfully good in its own right. Still, outside of that one night in Indianapolis, this was one of the best college basketball teams to ever take the floor.”

“To this day, (Larry) Johnson and Co. are the last program from outside the power conferences to win a national title. Every outfit that has challenged them since was a surprise, a novelty, the byproduct of a particularly crazy March. UNLV was always the best team in the country. And it wasn’t close.”