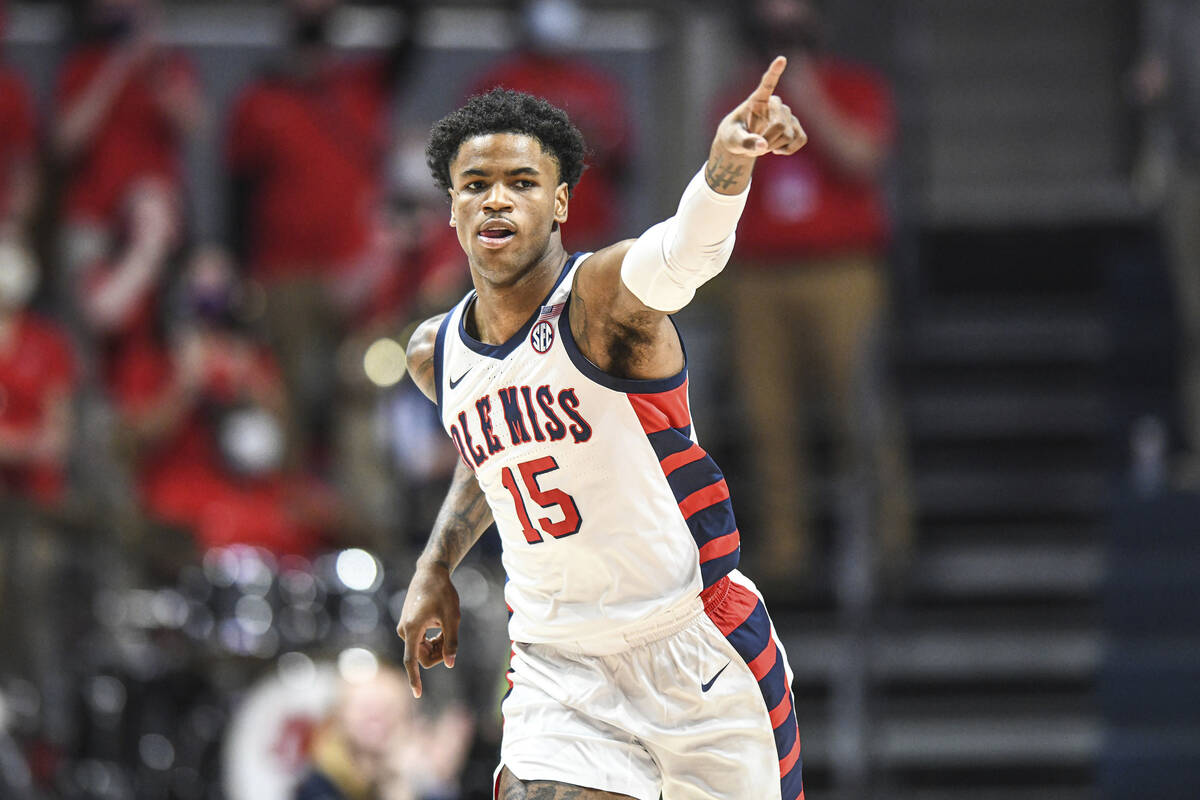 Mississippi forward Luis Rodriguez (15) reacts after his three-point basket against Auburn during the first half of an NCAA college basketball game in Oxford, Miss., Saturday, Jan. 15, 2022. (AP Photo/Bruce Newman)

UNLV added more reinforcements from the basketball transfer portal Wednesday, as former Mississippi player Luis Rodriguez announced on Twitter that he has committed to the Rebels.

After taking a medical redshirt as a sophomore, Rodriguez has two years of eligibility remaining.

Rodriguez, a 6-foot-6-inch swingman from Los Angeles, played in parts of four seasons for Ole Miss. He averaged 6.6 points, 5.5 rebounds and 1.8 assists in 32 games last season, including 23 starts. He also had 42 steals and eight blocks.