Elijah Mitrou-Long, in his first game in nearly two months because of a broken thumb, had just made a 3-pointer to give UNLV a two-point lead with 11:50 left, and the Thomas & Mack Center was rocking on Sunday.

The Rebels were in position to upset fourth-ranked San Diego State, but they went cold and never led again, falling 71-67 before about 10,000 fans, UNLV’s largest home crowd this season.

After taking that 45-43 lead, UNLV didn’t score again until 6:23 remained and didn’t make another basket until 4:29 was left.

“We have to get the ball moving side to side,” said UNLV point guard Marvin Coleman, who scored 11 points. “We got very stagnant. We got out of what we do, and that gave them a chance to go make a run.”

The Aztecs are the nation’s only remaining undefeated team, and they took the series lead over UNLV at 37-36. They have won 16 of the past 17 meetings.

San Diego State has mostly blown out its opponents, but showed the poise of a starting lineup that includes two seniors and three juniors.

UNLV is just the third team to play San Diego State to within five points and the first since San Jose State came to within two points of the Aztecs on Dec. 8.

San Diego State coach Brian Dutcher said his team probably will lose at some point, but didn’t discount its chances of going undefeated. “They’re going to have to play a heck of a game to beat this Aztecs team,” he said.

2. Hamilton back in the lineup

He’s been making serious push for all-conference honors, and Otzelberger awarded Hamilton with a spot back in the starting lineup. It was his first start since Dec. 7 against Brigham Young in Salt Lake City and his fourth this season.

Hamilton kept the Rebels competitive early, scoring 17 points in the first half while his teammates took time to get going offensively. UNLV trailed 34-28 at halftime.

“I saw opportunities through the defense,” Hamilton said. “Coach ran a couple plays for me. My teammates found me in the right spots, so I just made the play.”

3. Needs to be more spread out

Hamilton put the Rebels on his shoulders, and Coleman made two 3-pointers early in the second half . Mbacke Diong and Mitrou-Long each had their moments with eight points apiece.

But it wasn’t a consistent effort beyond Hamilton, and some players the Rebels usually count had a difficult day. Amauri Hardy scored two points on 1-of-6 shooting over 37 minutes, and Jonah Antonio played just four minutes in the first half and missed all three 3-point attempts. 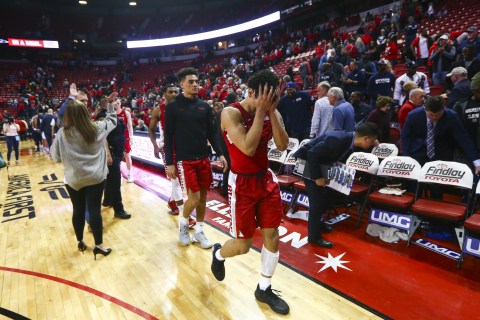 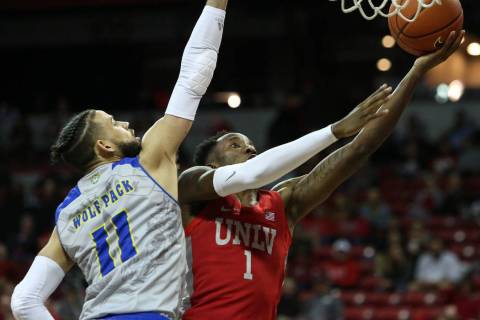 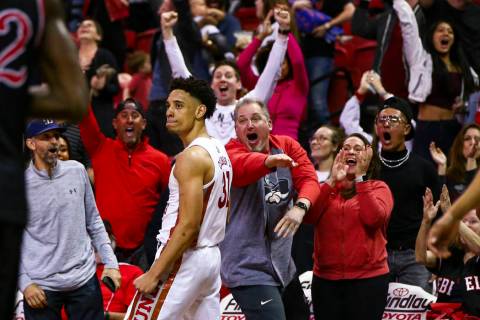 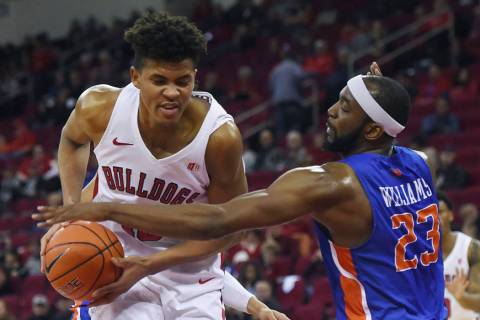