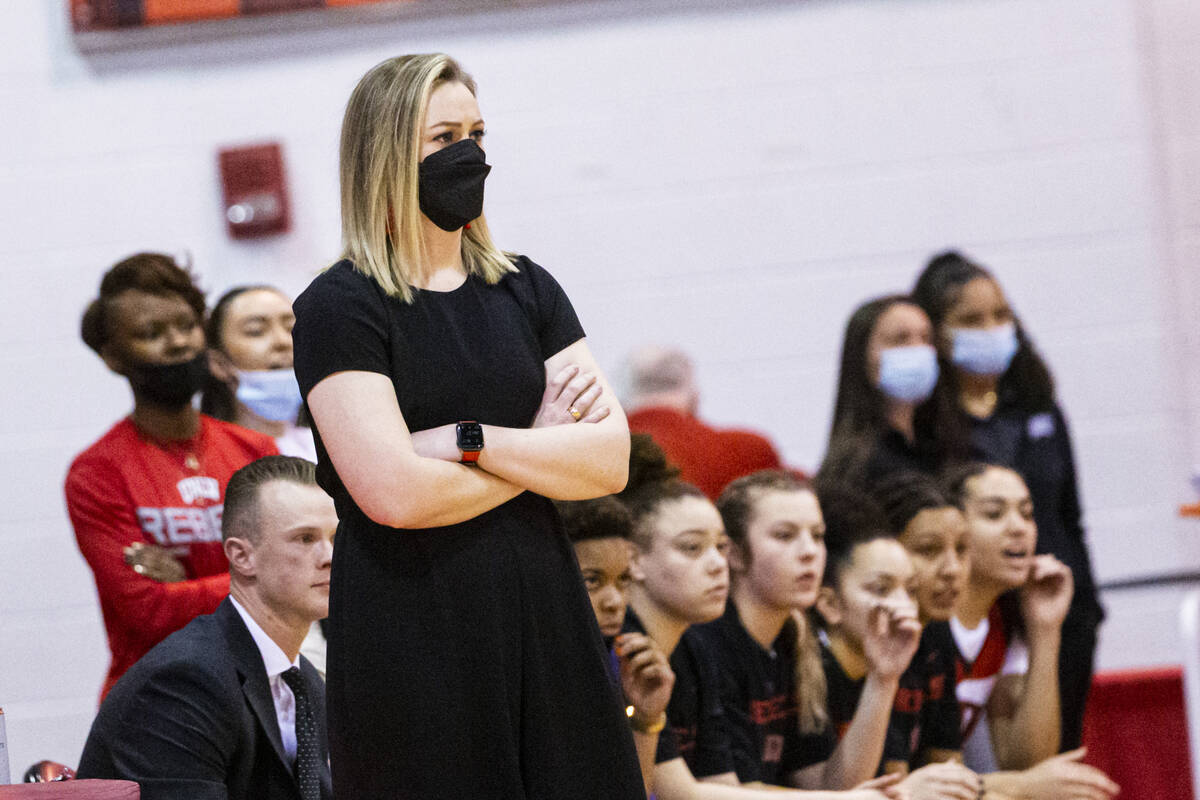 No matter the result Thursday, a 77-73 loss at Wyoming, the UNLV Lady Rebels knew they already had a share of the title.

“We have that expectation and standard for our program,” coach Lindy La Rocque said. “That’s what our players want. That’s why they’re so committed and willing to do anything and everything we ask.”

La Rocque’s team had a chance to claim the title outright Thursday night for the first time, but a slow start against Wyoming proved too much to overcome.

The result snapped the Lady Rebels’ 12-game win streak. But La Rocque says sitting atop the conference with two games left is exactly where she expected to be.

“Obviously we’ve got a little bit of sour taste just because of the game right now,” she said. “But we’re really excited about who we are, who we have here and the direction our program is going.”

A win Saturday at Colorado State or a New Mexico loss to San Jose State on Friday will clinch the regular-season championship for UNLV. The Lady Rebels (22-5, 14-2 Mountain West) haven’t won a title outright since 1989-90, when the team played in the Big West.

“We’re excited about having a share, but … we’re greedy,” La Rocque said. “We don’t want to share anything.”