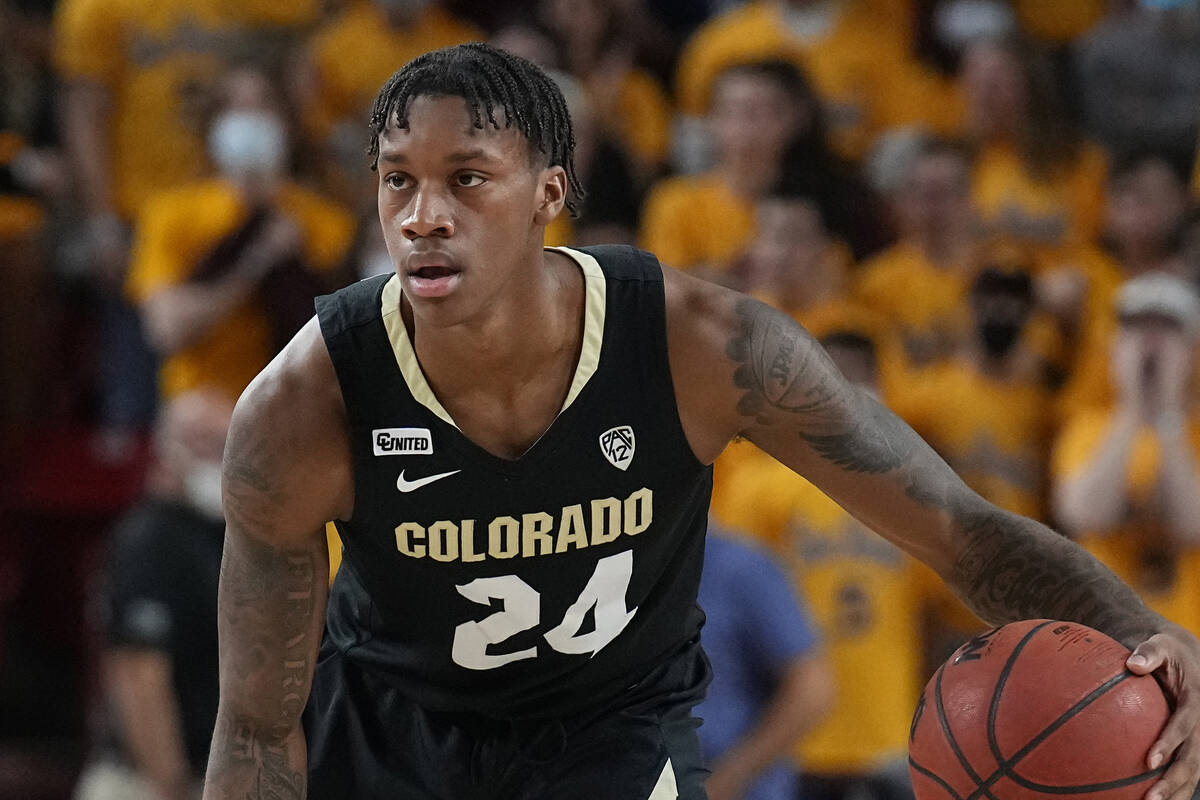 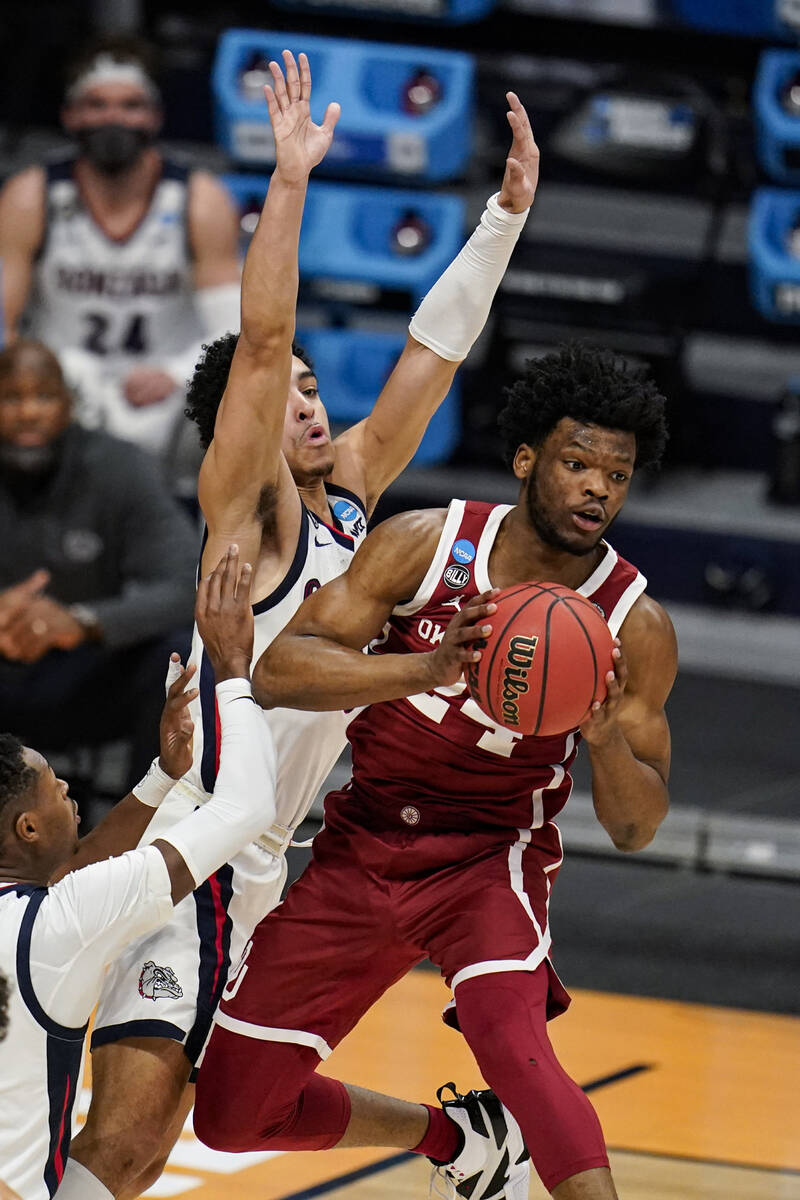 Oklahoma guard Elijah Harkless (24) passes away from Gonzaga guard Andrew Nembhard (3) in the first half of a second-round game in the NCAA men's college basketball tournament at Hinkle Fieldhouse in Indianapolis, Monday, March 22, 2021. (AP Photo/Michael Conroy)

Both are graduate transfers with one year of eligibility remaining.

One door closes another one opens Next Chapter let’s get it!! #blessed #agtg @TheRunninRebels pic.twitter.com/ax6gu4711F

Parquet, a 6-foot-4-inch wing from Beaumont, Texas, was a two-year starter for the Buffaloes. He averaged 6.9 points in 18 games last season before suffering a season-ending foot injury in January. He was named to the Pac-12 all-defensive team as a junior.

Harkless, a 6-foot-3-inch guard from San Bernardino, California, spent two seasons with Oklahoma after transferring from Cal State Northridge. He averaged 10.0 points and 4.1 rebounds in 23 starts last season, but suffered a season-ending knee injury in February.

The Rebels then lost a player. KyeRon Lindsay, the team’s only incoming freshman, tweeted that he is reopening his recruitment.

this the path god has chosen for me pic.twitter.com/3LYGg4AKK2

Lindsay, a 6-foot-8-inch forward from Denton, Texas, was a four-star prospect by 247Sports.com. He signed with the Rebels in November, but a UNLV spokesperson confirmed that Lindsay has been released from his letter of intent.