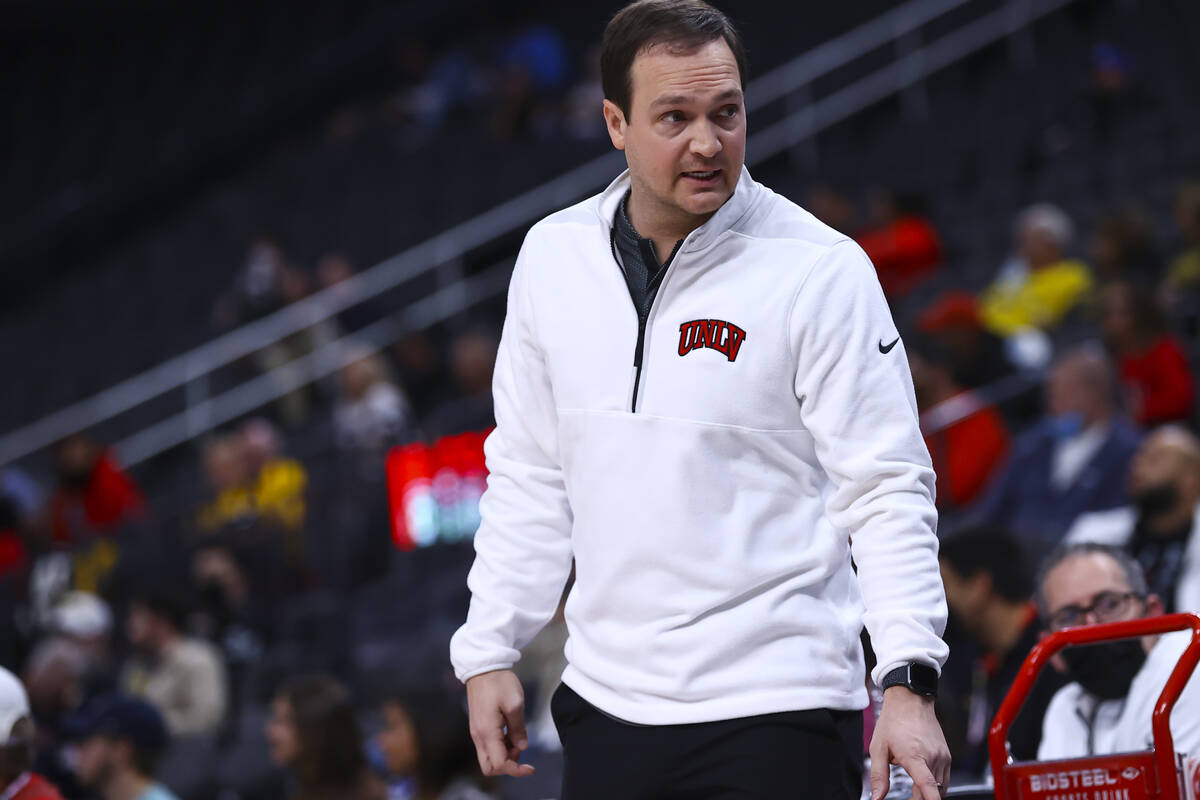 But Kruger was also critical of the way the Rebels defended those teams, describing their play with one simple word.

“When you’re timid against teams that are as efficient as the players at SMU, how they are at San Francisco and, of course, UCLA, they know they’ve got you,” Kruger said. “Our message to them is to go swing away. Be aggressive. Be excited. Play for each other. But there’s really no reason to be hesitant.”

UNLV has lost five consecutive games to Division I competition and played its worst two defensive games of the season in blowout losses to the Mustangs and Dons. Those teams combined to shoot 52 percent against a Rebels club that holds opponents to 40.8 percent shooting.

Perimeter defenders in those two games have struggled to contain opposing ball handlers, allowing easier access to the lane and forcing too many defensive rotations and miscues amid scrambles.

Closeouts aren’t as clean, giving shooters free looks at the basket or an opportunity to attack to trigger another scramble.

“We watch film. We probably leave each other on an island a little bit,” Kruger said. “We’ve met with guys and talked to them and shown them on film as a group how we have to get better.”

Junior forward Victor Iwuakor practiced in full and is close to a return from the shoulder injury that prevented him from playing the first nine games. He figures to bolster UNLV’s defense immediately.

At 6 feet, 7 inches, Iwuakor is sturdy enough to log minutes in the frontcourt next to or in place of starting big man Royce Hamm. He’s also nimble enough to check wings on the perimeter and could spark the transition offense with his rebounding and energy.

“There’s a wide range of guys he can guard defensively. He’s also built like a mannequin and goes out there and throws his body around,” Kruger said. “His energy is infectious. It rubs off on the other guys. … We’ll talk to (athletic trainer) Bryan (Lindl) and hope for the best.” 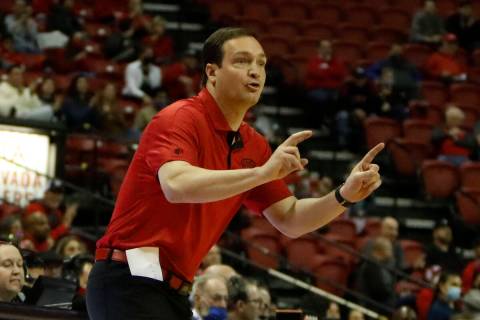 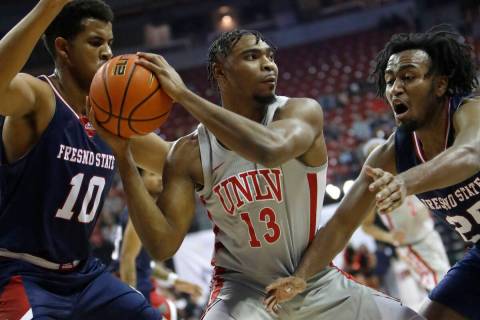 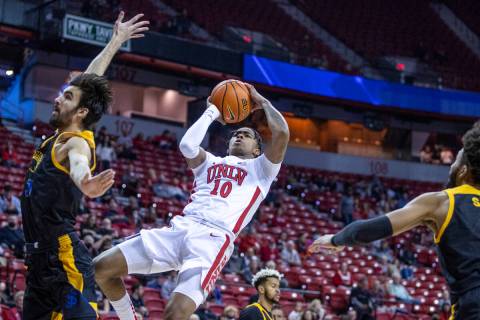 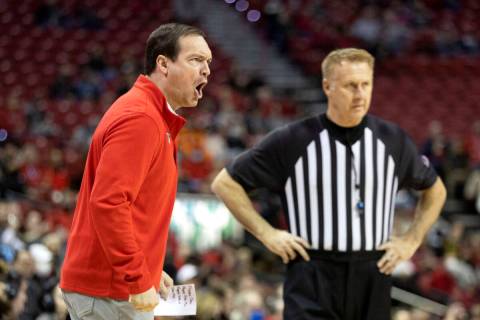 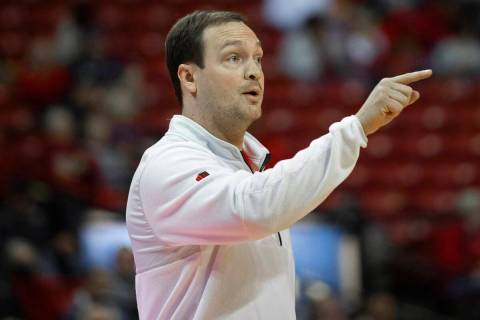 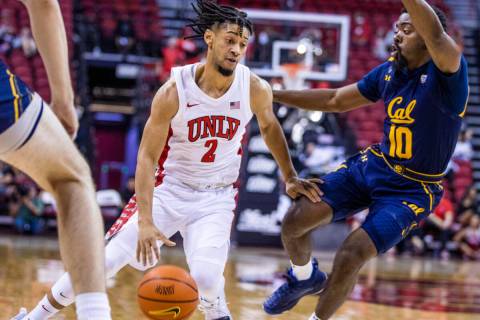