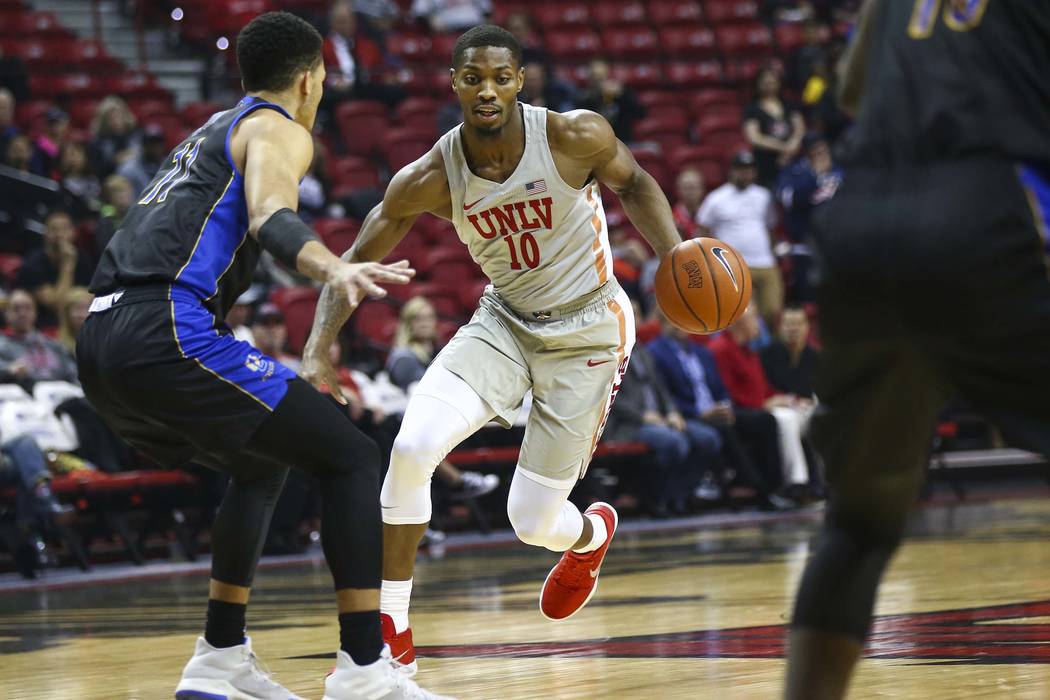 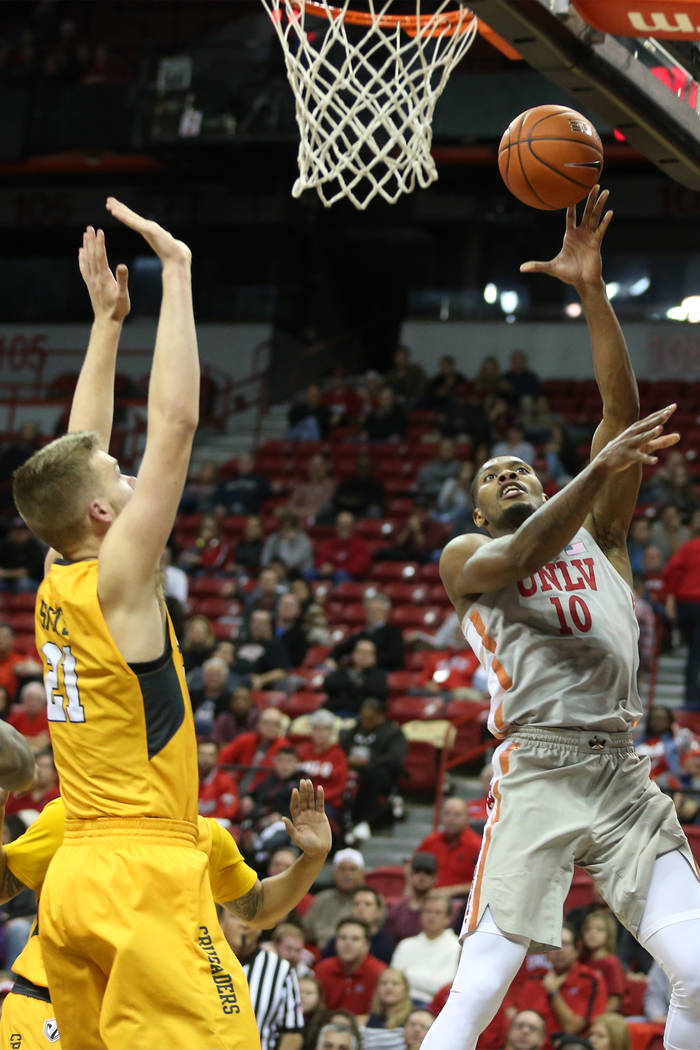 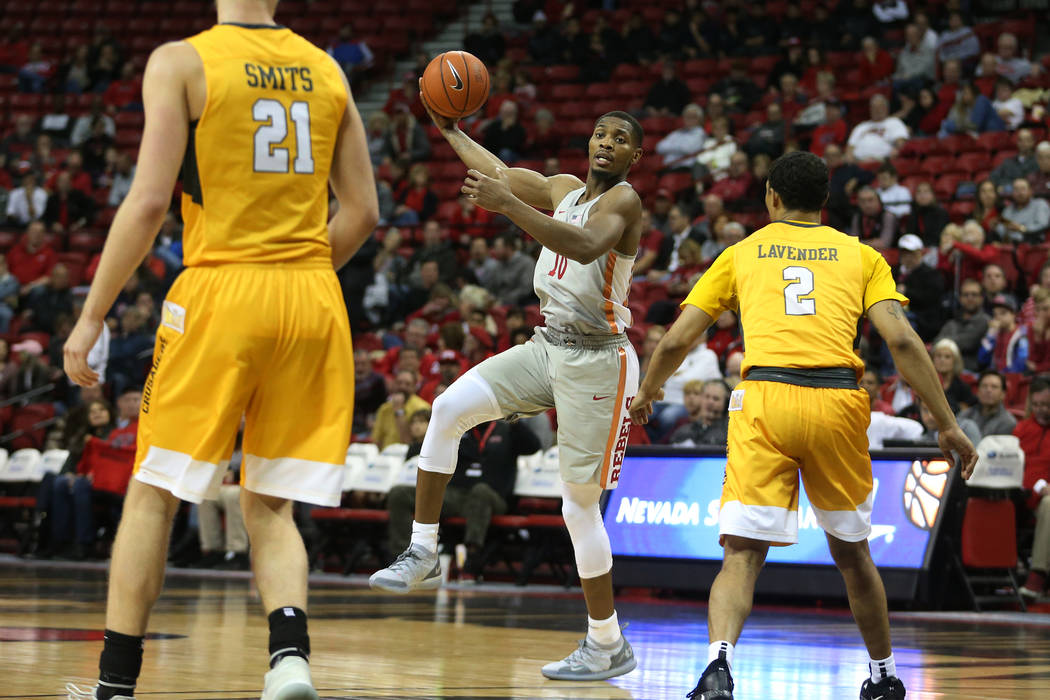 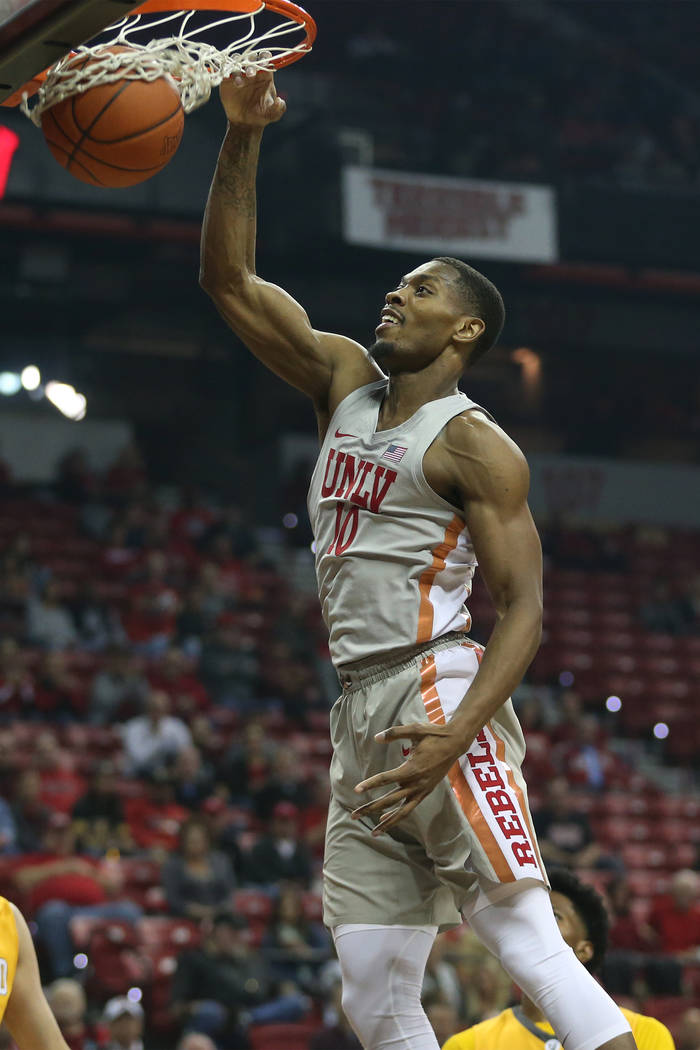 UNLV Rebels forward Shakur Juiston (10) dunks the ball for a score against Valparaiso Crusaders during the first half of the basketball game at the Thomas & Mack Center in Las Vegas, Wednesday, Nov. 28, 2018. Erik Verduzco Las Vegas Review-Journal @Erik_Verduzco 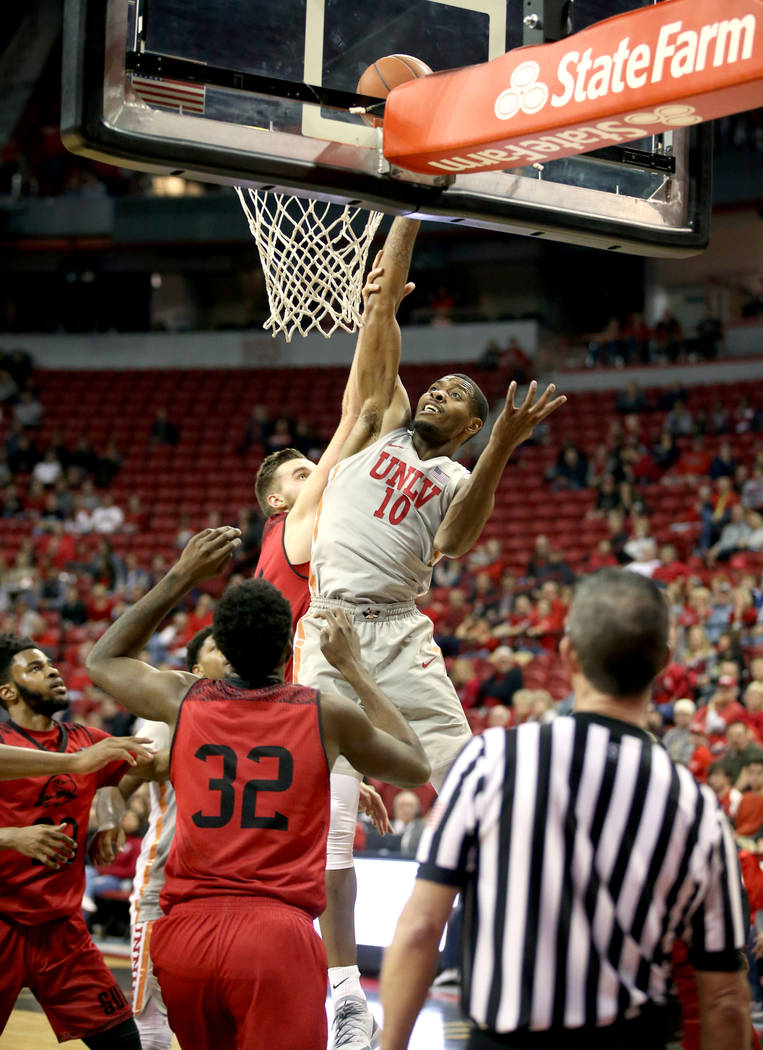 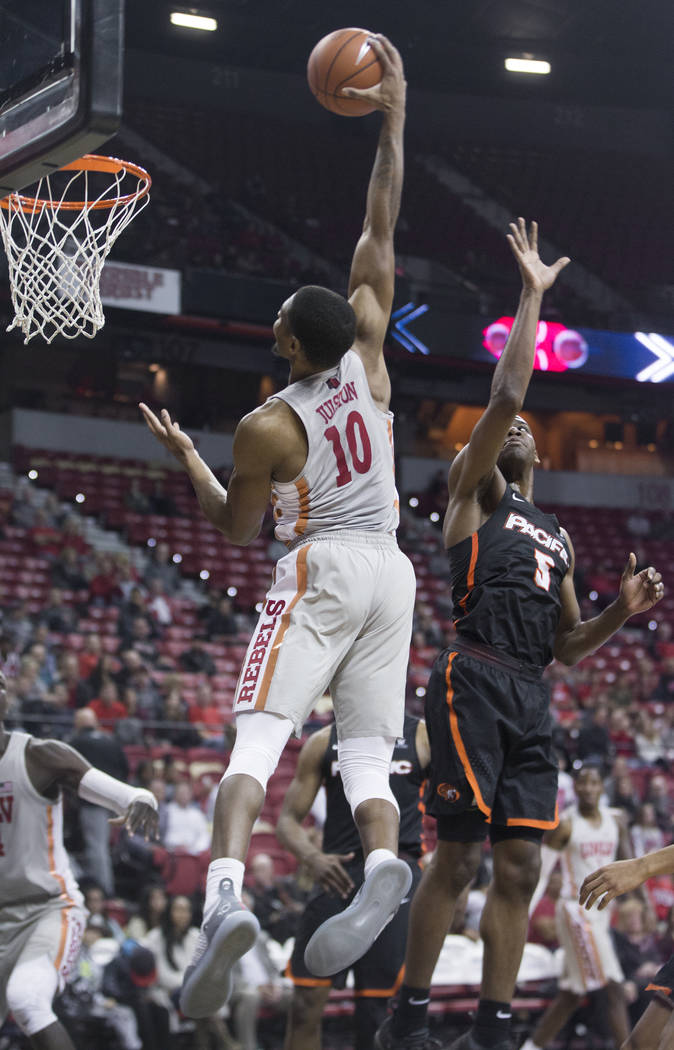 The choice was to undergo knee surgery with the idea of trying to return next season, or go through rehabilitation with the hope of returning in the next couple of months.

UNLV senior forward Shakur Juiston opted to repair a meniscus injury and probably will have the procedure this week to end his season.

The university will apply to the NCAA for a medical redshirt so that Juiston can play next season. He was injured Dec. 8 at Illinois.

“With the injury occurring a few weeks ago, we got a lot of time to think about it and look at some different things within the team and feel like it will be a great opportunity for some of the young guys to gain valuable experience and playing time to contribute to our conference season,” Rebels coach Marvin Menzies said Tuesday.

The Rebels also will be without reserve junior forward Cheickna Dembele, who is expected to undergo season-ending hand surgery. UNLV also could apply for a hardship waiver on his behalf.

Juiston averaged 14.6 points and 10.0 rebounds last season, taking advantage of the extra attention devoted by opposing defenses to Brandon McCoy. With McCoy having left to turn professional, Juiston received more defensive focus, and though still effective, his numbers dropped to averages of 10.8 points and 8.8 rebounds.

With Juiston having missed the past four games, Menzies started freshman Jonathan Tchamwa Tchatchoua at power forward. He averaged 6.0 points and 7.8 rebounds over that stretch.

It’s a young frontcourt, with freshman Joel Ntambwe at small forward and sophomore Mbacke Diong at center. Those two have combined to average 17.6 points and 12.2 rebounds.

Sophomore Tervell Beck also could get more of a look. He didn’t play three games because of a “coach’s decision,” according to Menzies, but was on the court for 16 minutes on Christmas Day, scoring six points against Bucknell. Beck started the final 13 games last season, averaging 7.3 points. 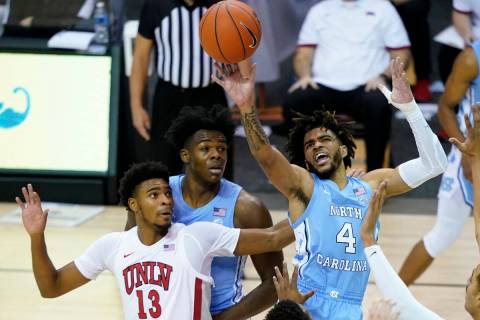