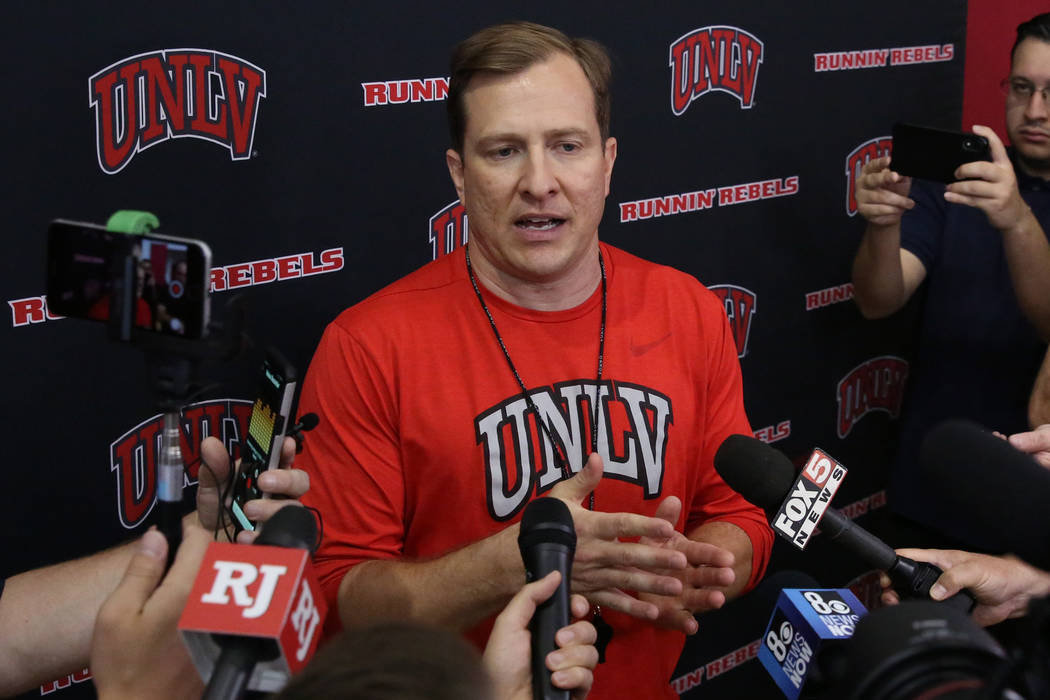 “Our team’s identity needs to be on the defensive side of the ball,” Otzelberger said. “I think we have a chance to be pretty good there, and I think it starts with our energy or competitive spirit, communication, sprinting back, all those things. I thought for the most part our guys were pretty good in the effort part of our defense, and that helped give us some energy.”

Otzelberger was not allowed to provide specifics of the scrimmage under NCAA rules, but he complimented the play of guards Jonah Antonio and Elijah Mitrou-Long.

He said Antonio “has proven to be one of our best defenders and best effort players, and I think that stood out today on both sides of the ball.” Otzelberger said Mitrou-Long “showed a great command for the game.”

But Otzelberger wasn’t as pleased with the Rebels’ offense, saying he wants more ball movement and patience in the half court “to outlast the defense.”

“I think we’ve got to do a better job making plays for each other,” he said. “I think right now the ball sticks a little bit much, and I also think we’ve got to be more focused on getting the best shot for our team every time down.”

UNLV plays West Coast Baptist at 7 p.m. Friday in an exhibition at the Thomas & Mack Center. The Rebels open their season at home Nov. 5 against Purdue-Fort Wayne.