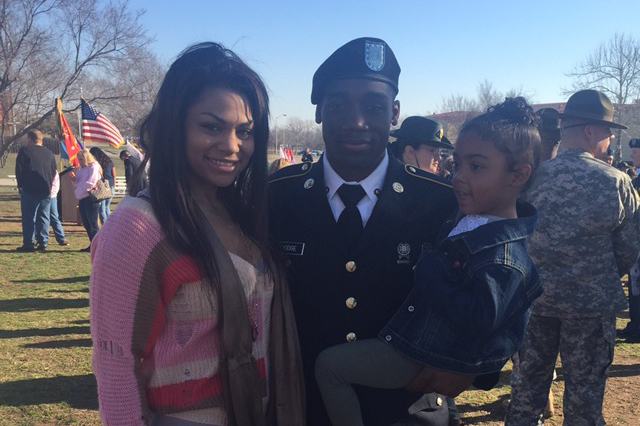 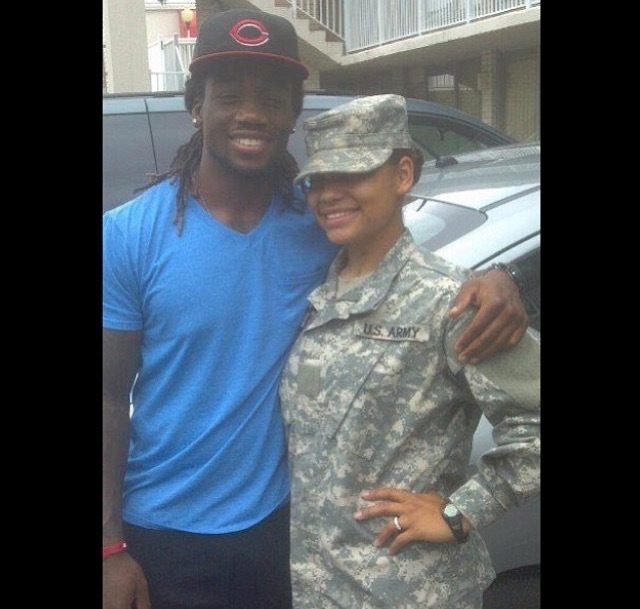 Former UNLV defensive back Sidney Hodge with his wife, Natiyah, who is in the National Guard. Photo courtesy of Natiyah Hodge. 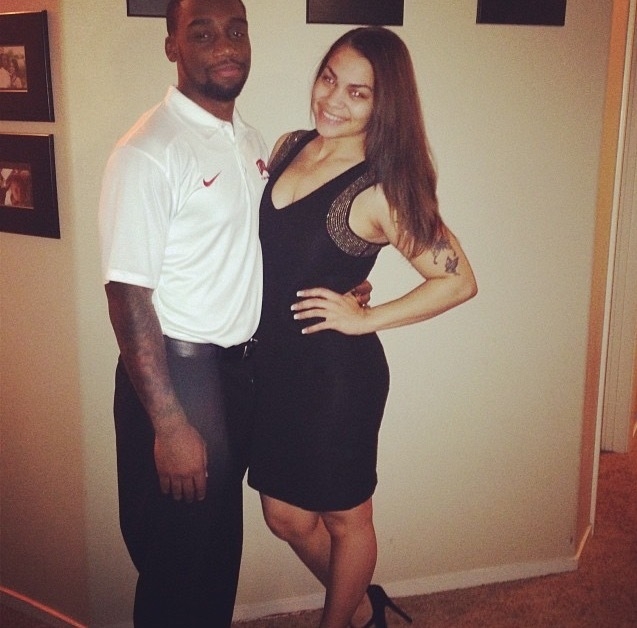 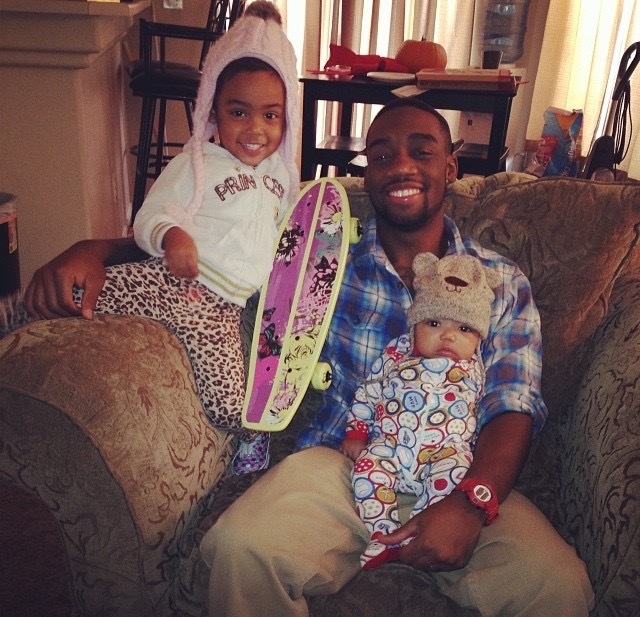 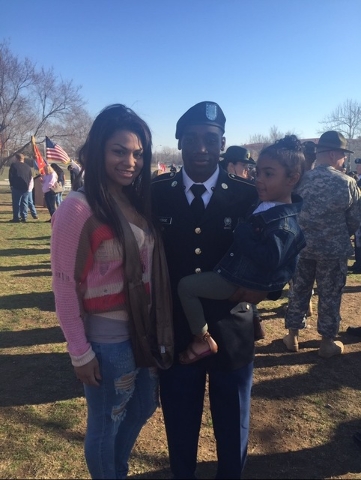 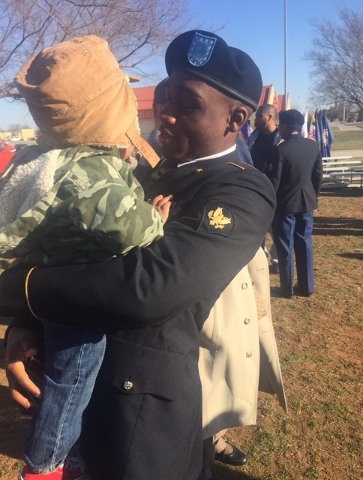 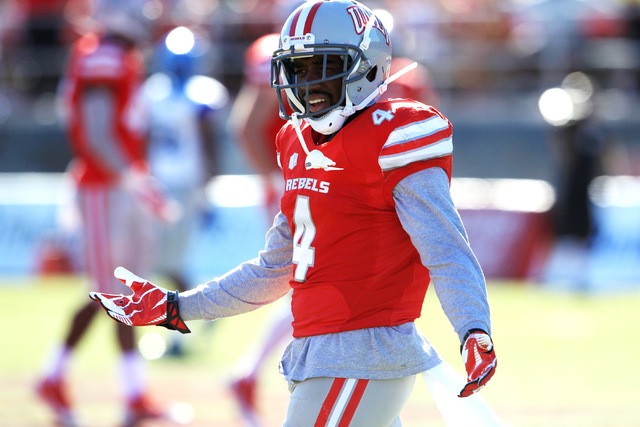 UNLV defensive back Sidney Hodge (4) offers a contrary opinion to an official after being called for pass interference during the first half of their Mountain West Conference game against Air Force Saturday, Nov. 8, 2014 at Sam Boyd Stadium. (Sam Morris/Las Vegas Review-Journal) 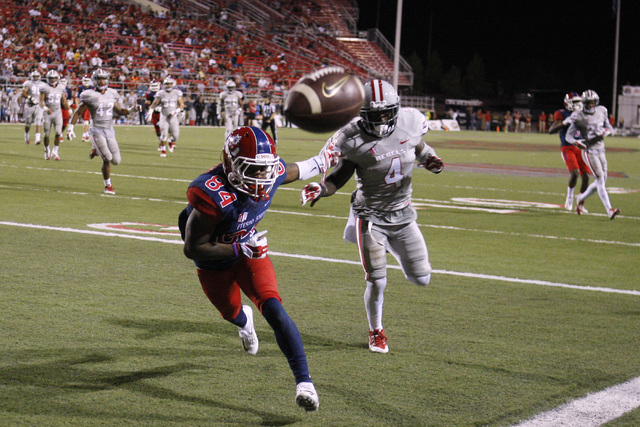 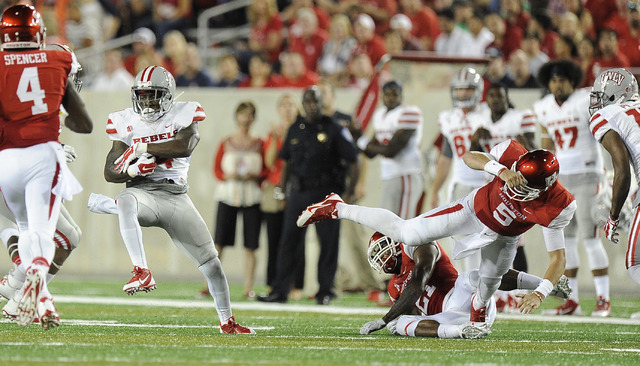 For Natiyah Hodge, choosing a career path was easy.

Her parents were in the Army, and her brother is stationed in Italy as part of the Army Airborne Infantry.

“I come from a full military family,” Natiyah said. “I knew.”

She wound up joining the Army National Guard and was stationed for seven months in 2012 at Fort Gordon in Augusta, Ga. Her husband, Sidney, had his own demands that came with working toward a degree and playing football at UNLV.

Now Sidney Hodge is continuing the family tradition by following his wife into the military. He is finishing Army military intelligence classes at Fort Huachuca, southeast of Tucson, Ariz., and will graduate July 10 before heading to Fort Hood in Killeen, Texas.

Natiyah and their two children, 4-year-old daughter Cameron and 1-year-old son Sidney Jr., will join him before she leaves in July to prepare for her own deployment to Kuwait. She will be there until early 2017, then return to Fort Hood.

“That’s what we’re looking forward to is what is going to happen in 2017,” Natiyah said.

But she also is looking forward to her first deployment.

“I’m actually excited,” Natiyah said. “It will be good. I think Sidney’s pretty supportive, too, because it’s going to be really good for my career. I’m probably going to get promoted on this deployment. I’ll re-enlist on this deployment. We’ll be able to come back to Texas, instead of me coming back to Vegas, and be a family again and try to pick up where we left off.”

Natiyah is a private first class who expects to become a specialist next month. If she is promoted during the deployment, she would move to sergeant.

The deployment to Kuwait is “tough, especially with everything going on over there,” Sidney said. “But at the same time, she’s excited. You can’t be anything but excited for her. I know it’s really good for her career to have this deployment under her belt. That’s why she joined the military, because she wanted to do something worthwhile, to help out our country, and what better way to do it than go serve overseas on deployment?”

Sidney, who earned a degree in interdisciplinary studies at UNLV, didn’t come from a military background.

He signed with the Rebels in 2009 out of Palo Verde High School as part of then-coach Mike Sanford’s last recruiting class.

After grayshirting in 2009, Sidney played the following season, starting six games. He made 44 tackles and broke up two passes. Sidney settled into the starting role the next two years at cornerback, breaking up eight passes each season and combining for 113 tackles. He also recovered five fumbles and intercepted a pass.

Then two games into what should have been his final season in 2013, Sidney injured a shoulder and missed the rest of the year. The NCAA granted him an extra season of eligibility, giving him one more shot to play last season. He started half the season at nickelback, appearing in 11 games and making 27 tackles and intercepting a pass.

Sidney knew it was time to move on, and he followed his wife into the family business, starting basic training Dec. 29.

“I thought about it maybe my sophomore year,” Sidney said of going into the military. “After I was done playing ball, I wanted to get into the swing of things pretty quick.”

Raising two young kids is demanding on its own, a 24-hour job of making sure their needs are met. Then throw in military and other commitments, and the challenge is elevated.

The Hodges certainly understand the difficulty, whether it’s Natiyah spending seven months in basic training in 2012 in Georgia with the Army National Guard or Sidney working to complete his education while also devoting time to football.

That challenge becomes more difficult when Natiyah leaves for Kuwait, but the Hodges seem prepared for what lies ahead. Preparing their children is another matter. Cameron is old enough to understand the parents’ military commitments, but Sidney Jr. is just learning to speak.

If their kids are anything like their parents, they will go into the family business one day.

Natiyah knew early what her future would look like, and she and Sidney are happy they share the same conviction.

“To serve the country is a big deal, and not a lot of people volunteer to do it,” Sidney said.

Added Natiyah: “I think it’s something our kids will be proud of, that we both did it.”