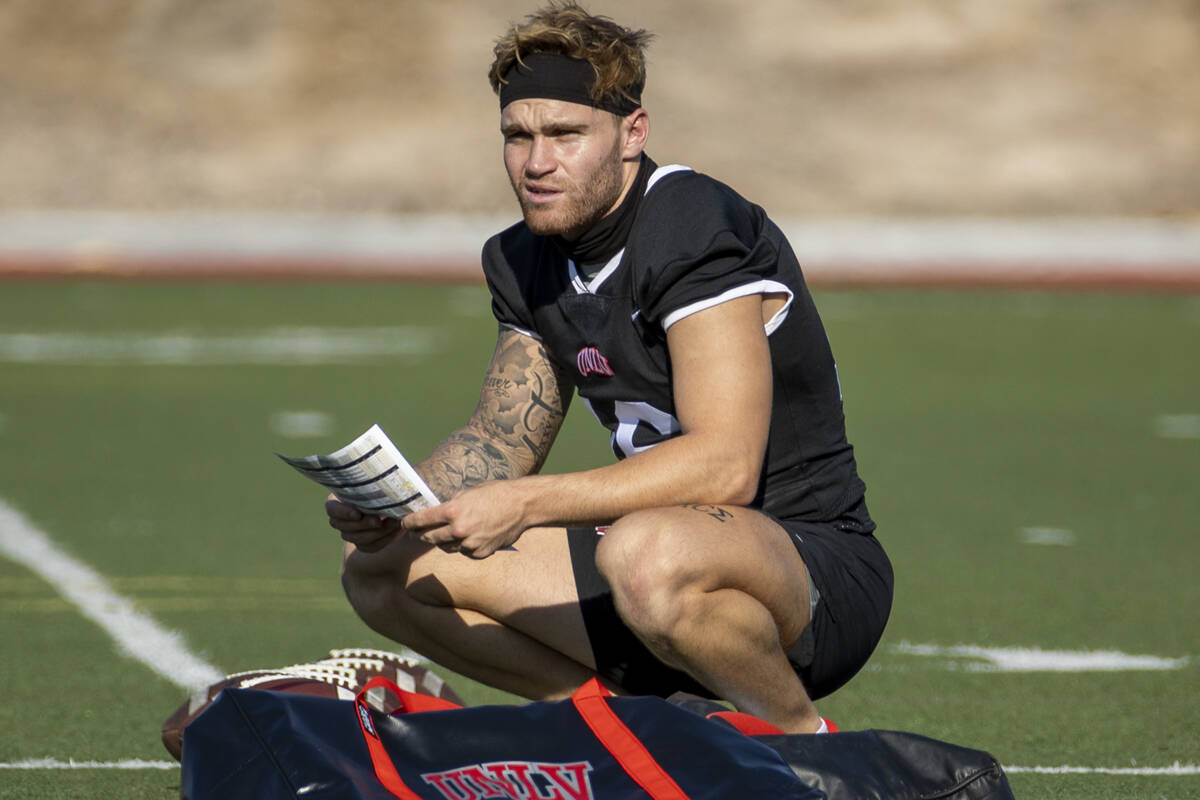 With one quarterback preparing to start his journey at UNLV, another announced Tuesday that his ride is over.

Tate Martell, the former Bishop Gorman star who was most recently a quarterback at UNLV, is retiring from football, an official UNLV spokesperson confirmed to the Review-Journal.

The announcement came just hours after the Rebels secured the commitment of former Tennessee quarterback Harrison Bailey through the transfer portal.

One of the most hyped prospects in recent memory, Martell, the former five-star prospect, originally committed to the University of Washington at age 14.

Martell starred at Bishop Gorman. During his three seasons with the Gaels, he never lost a game, going 45-0 with 113 touchdown passes and winning Nevada Gatorade Player of the Year twice. As a senior, Martell threw for 2,362 yards and 41 touchdowns while only tossing one interception. He added 1,257 yards on the ground and 21 rushing touchdowns on his way to Gatorade National Football Player of the Year Honors.

While he shined on the gridiron, Martell’s recruiting saga also unfolded dramatically. In 2015, he decommitted from Washington and chose Texas A&M. Twelve months later, he reopened his recruitment for a third time, eventually winding up at Ohio State.

Martell spent two seasons with the Buckeyes. He played in six games as a freshman and threw one touchdown pass. But he transferred to Miami after the arrival of Justin Fields at Ohio State.

He played in three games for the Hurricanes as a sophomore, completing his only pass, before opting out of the 2020 season due to the COVID-19 pandemic.

Then, he transferred again, this time to UNLV. He played in just two games for the Rebels this past season, going 2 for 6 for 27 yards and no touchdowns. Martell finishes his college career, having completed 26 of 35 passes for 303 yards, one touchdown and no interception.