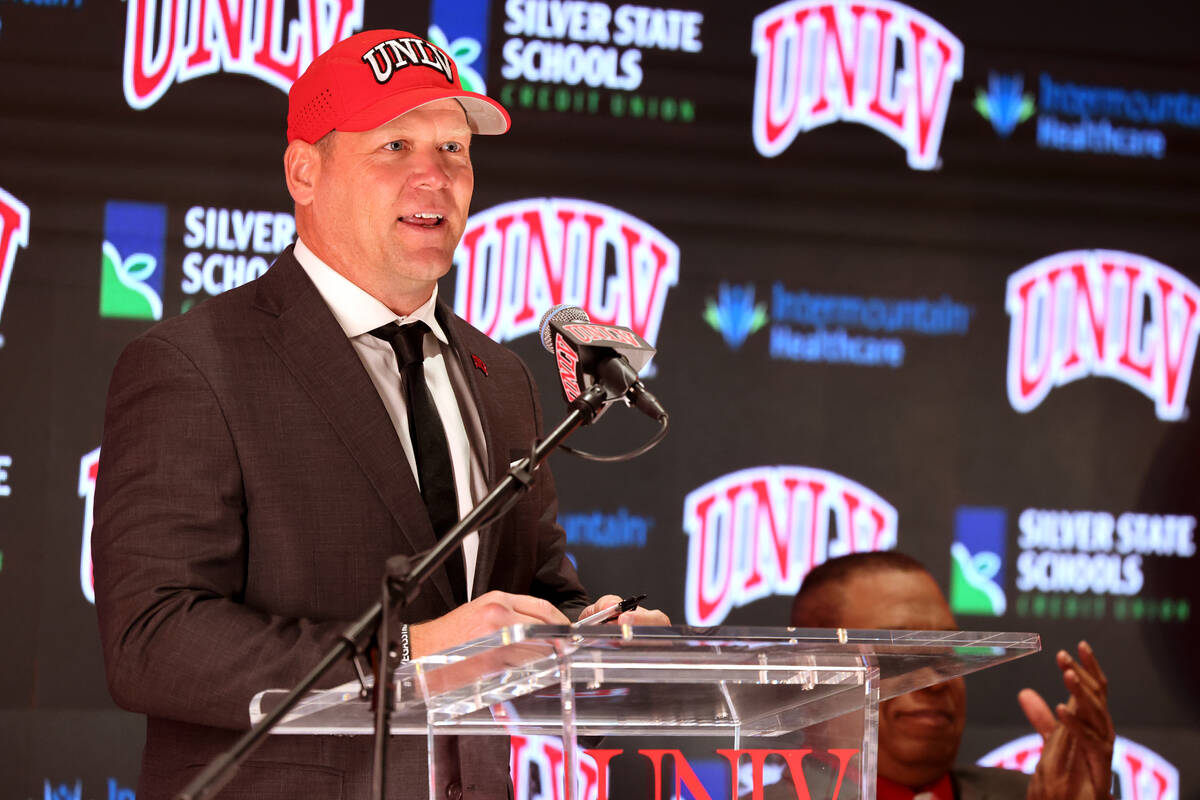 1. Football runs in the family

Odom, a former college linebacker, has passed down his love of football to his children.

His eldest son, JT Odom, is a class of 2023 linebacker at Shiloh Christian High School in Arkansas and has a preferred walk-on offer at Arkansas.

Garyt Odom, his second son, is in the class of 2025 and also plays at Shiloh Christian. He’s a 6-foot-1-inch right-handed quarterback, who’s already received scholarship offers from Penn State, Texas A&M, Purdue and Arkansas, among others.

Odom and his wife Tritia also have a younger daughter named Anna.

2. Mizzou in his veins

UNLV’s new coach has spent the majority of his coaching career at his alma mater, Missouri. After graduating in 1999, he returned in 2003 and held a variety of roles until being promoted to safeties coach in 2009.

Odom briefly departed in 2012 and spent three seasons at Memphis as the defensive coordinator and linebackers coach. However, he returned to Missouri in 2015, then was promoted to coach the Tigers in 2016, replacing Gary Pinkel, the man who originally hired Odom back in 2003.

3. Started from the bottom

While Odom began his college coaching career in 2003 at Missouri, his first football job was in 2000 as an assistant at his prep alma mater Ada High School, about 45 minutes outside his hometown of Maysville, Oklahoma.

He then spent two seasons as the coach at Rock Bridge High School in Columbia, Missouri, before joining Pinkel’s staff.

4. Administration to the gridiron

However, Odom’s first job with Pinkel wasn’t on the field. He was initially hired as an administrative graduate assistant, then was promoted to director of recruiting, a position he held for two seasons.

Odom was promoted again to director of football operations in 2006 — a role he held until 2008 — then added an assistant athletic director title in 2007.

5. A teacher first and foremost

Throughout his introductory press conference, Odom stressed the importance of being a teacher and an educator. It fits his path, as the new Rebels coach has a bachelor’s and master’s degree in education from Missouri.