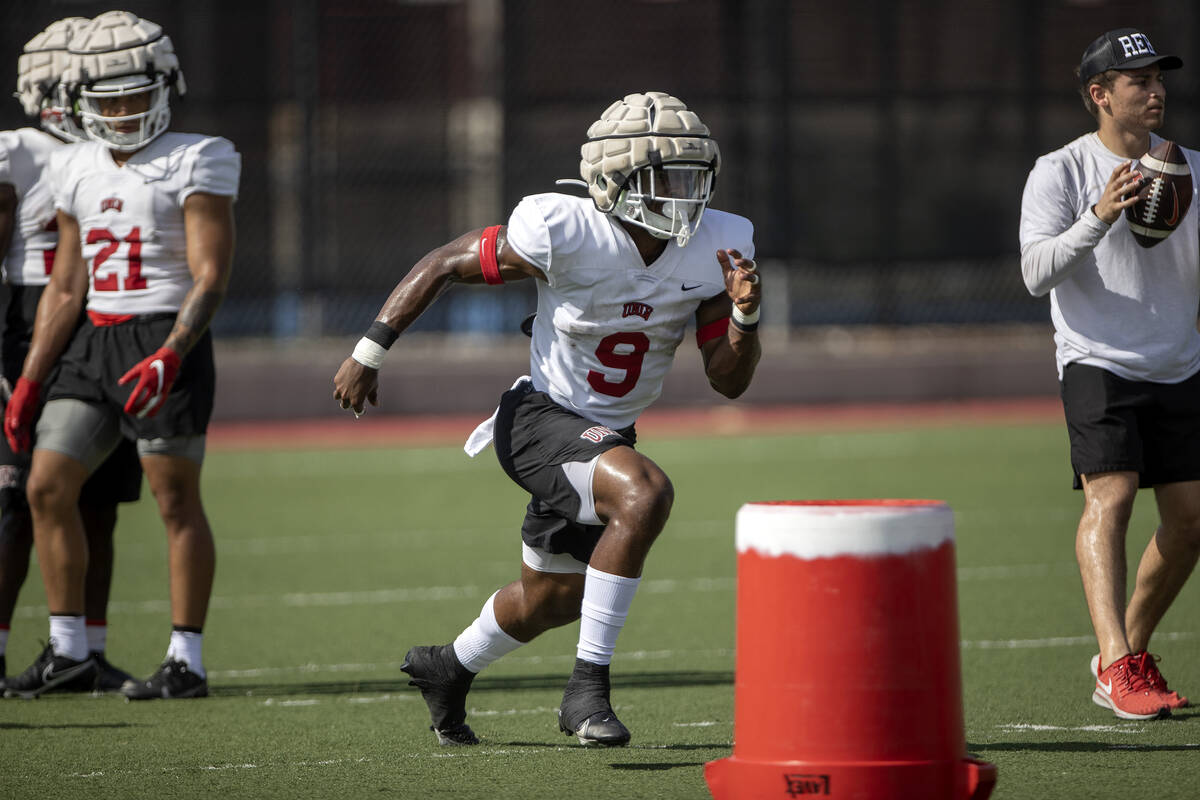 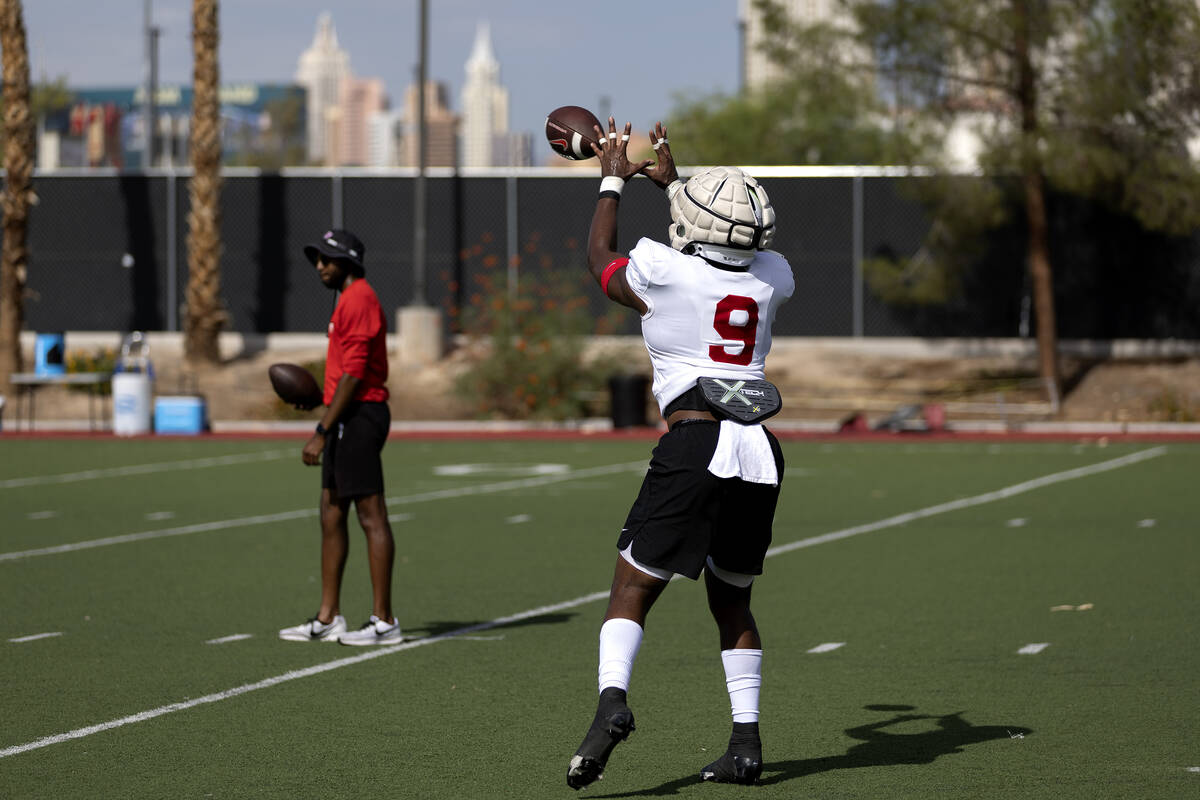 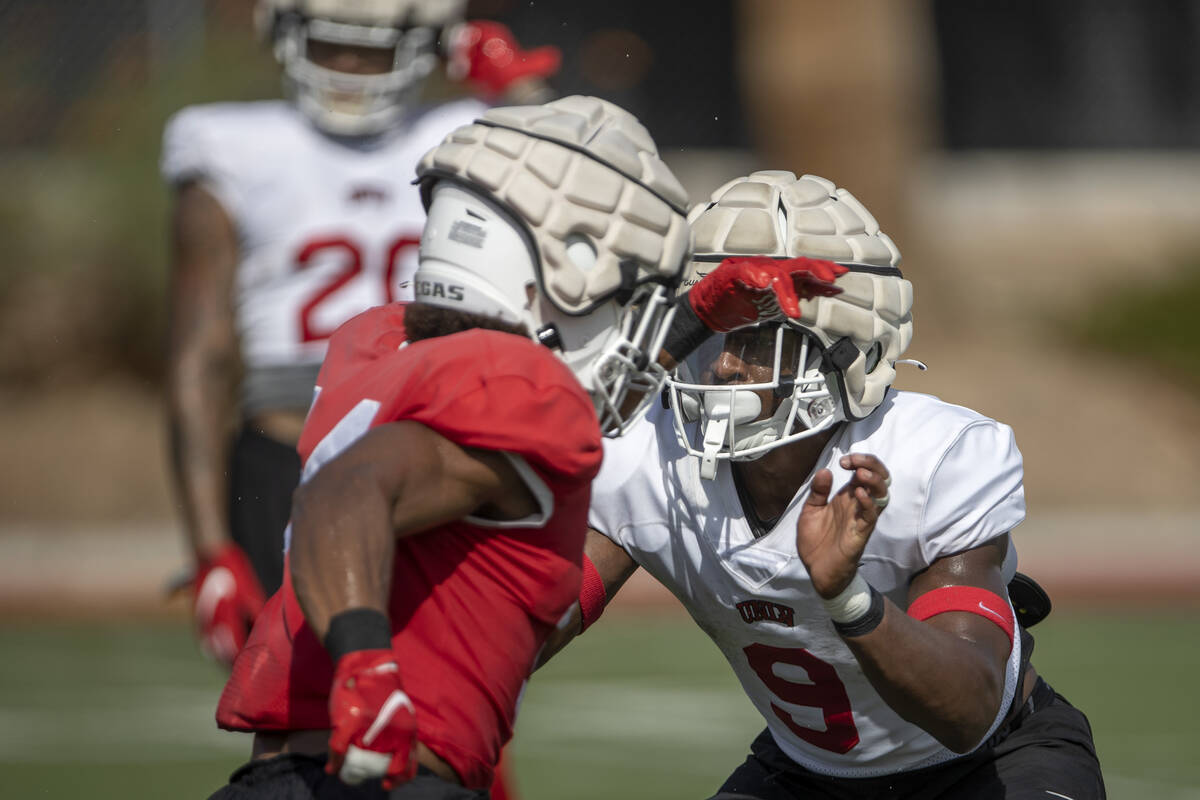 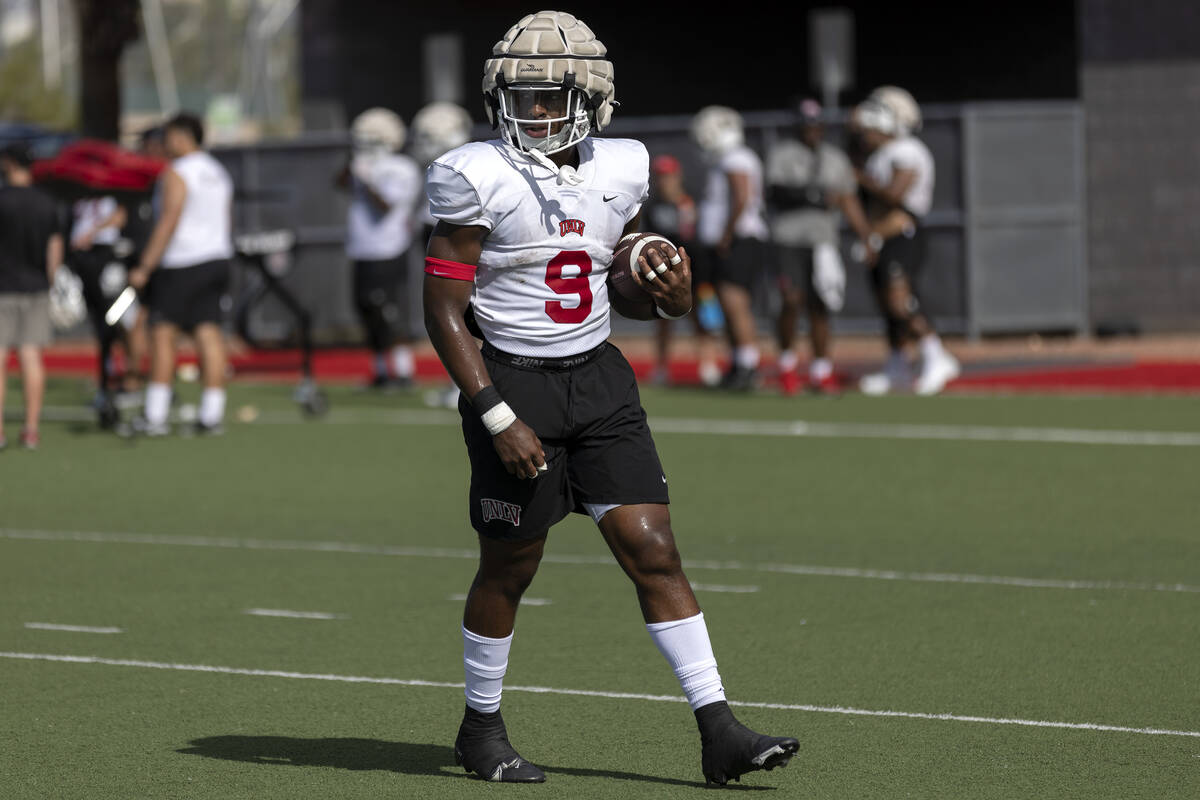 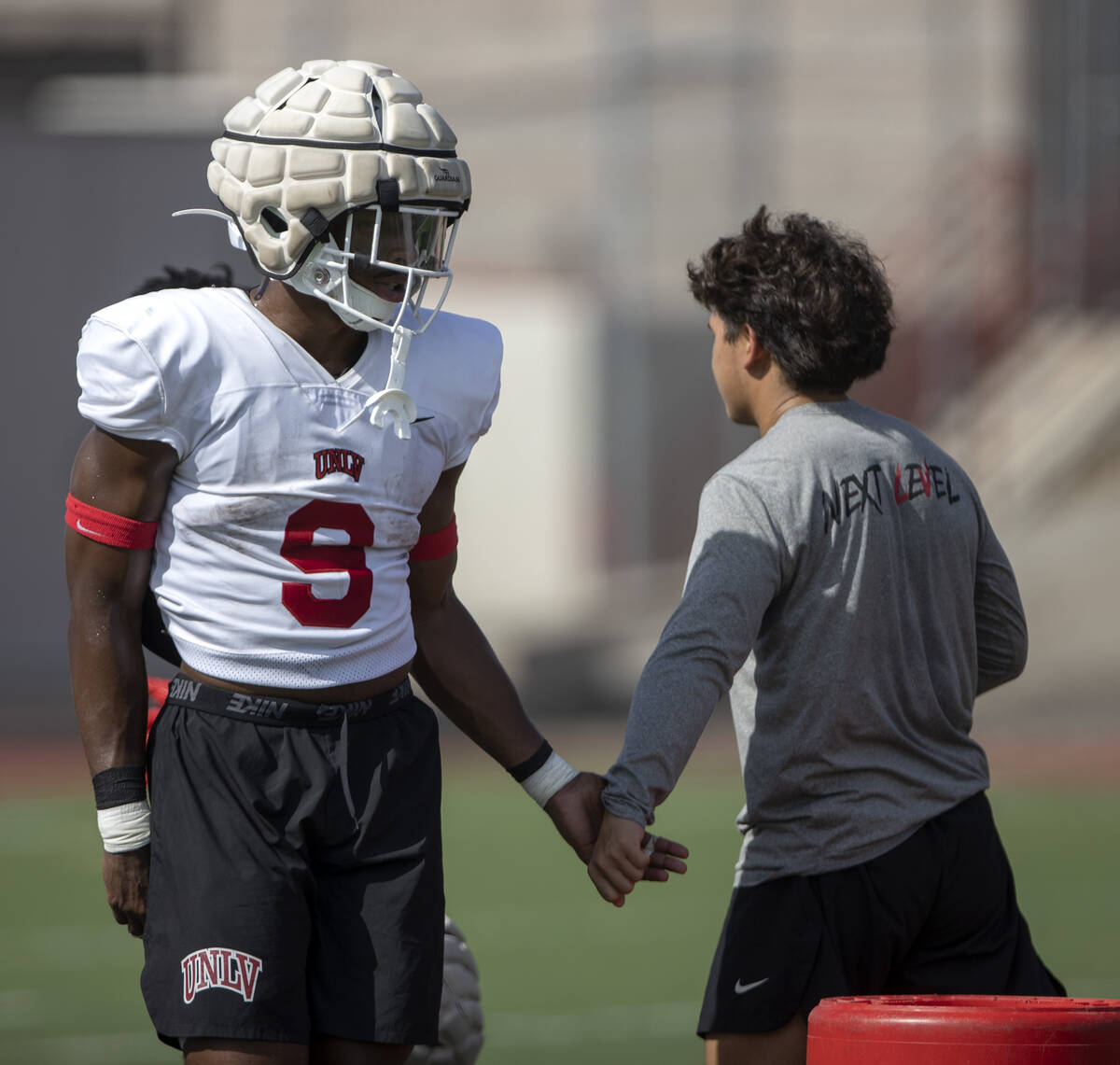 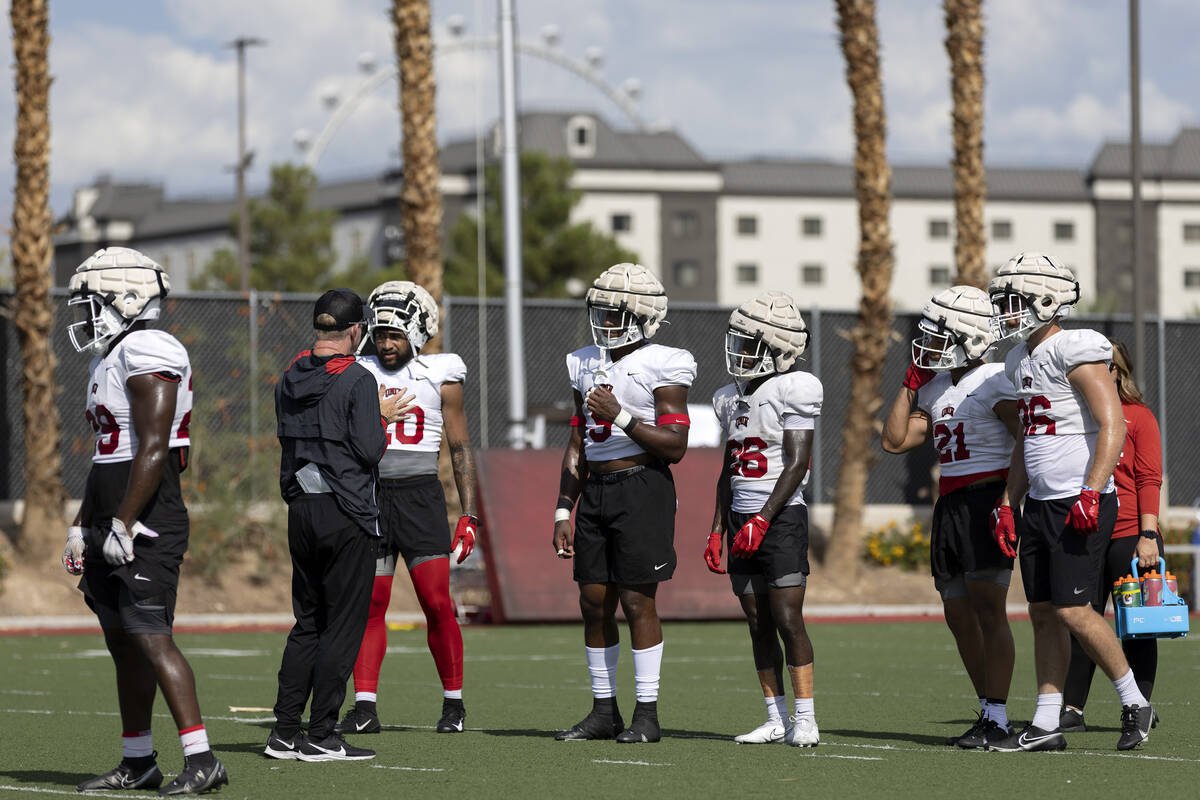 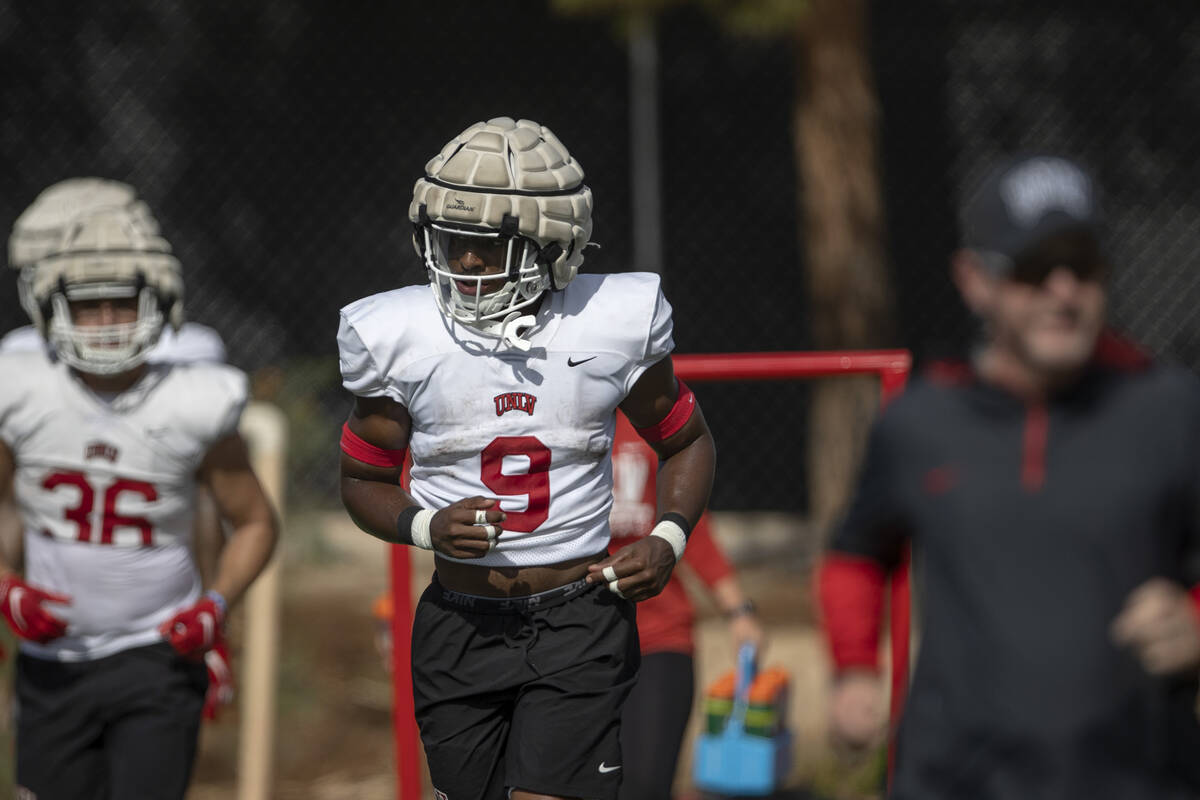 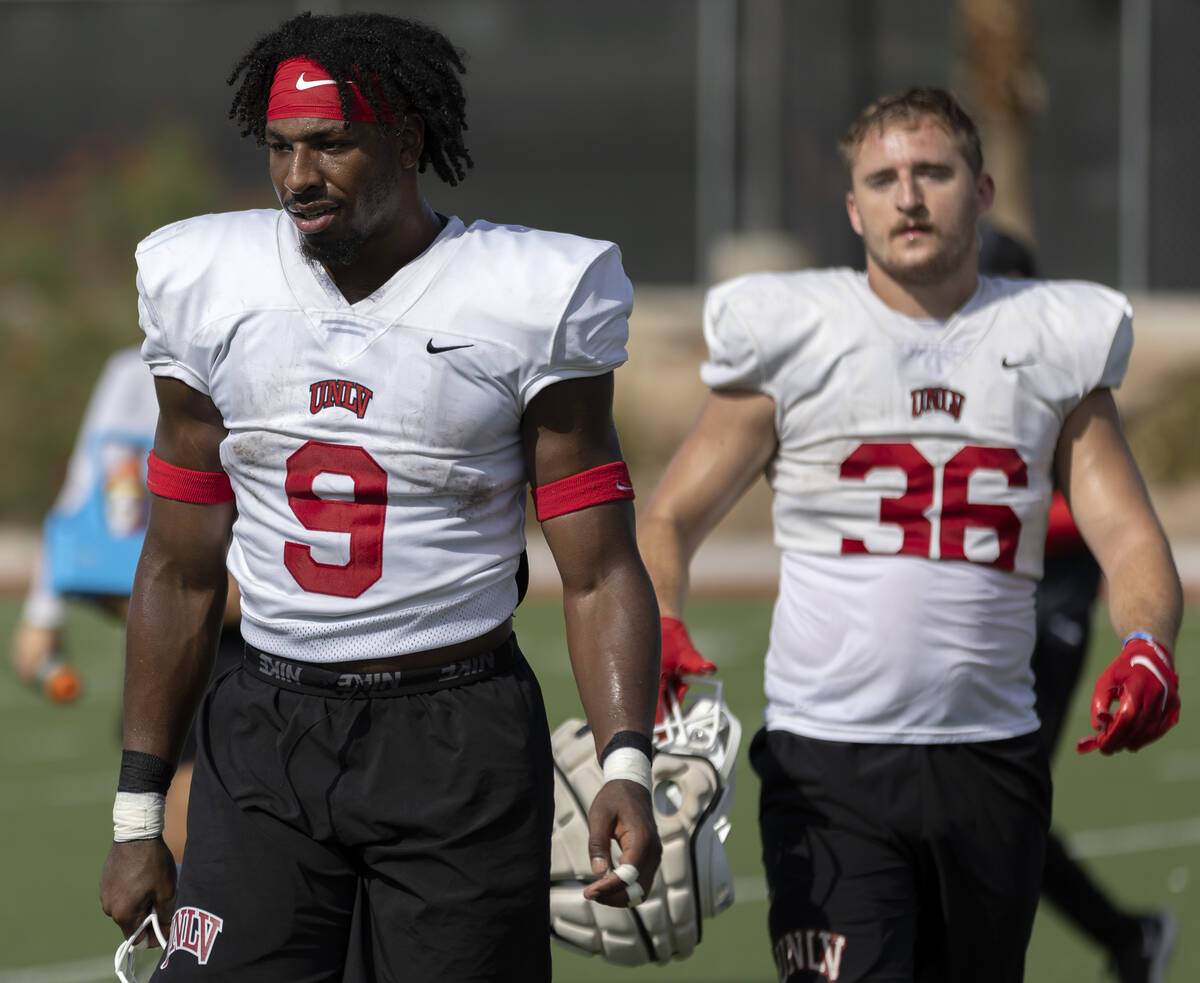 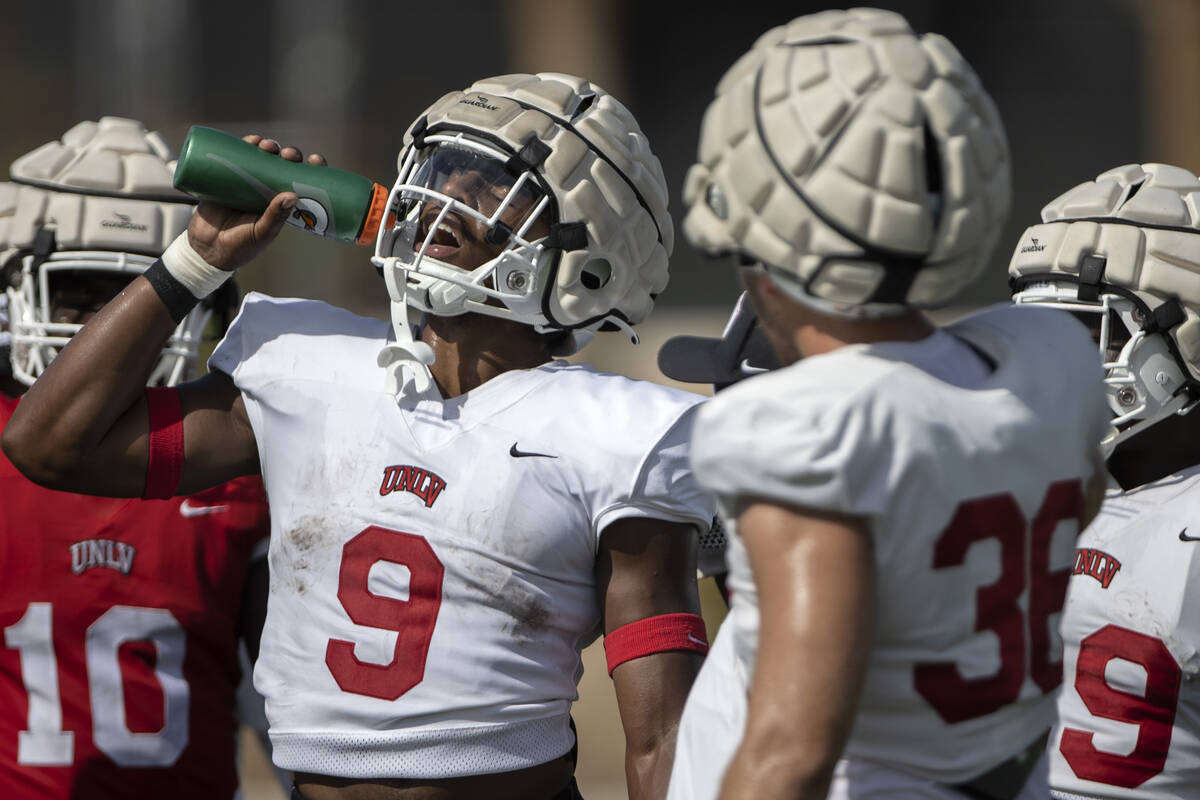 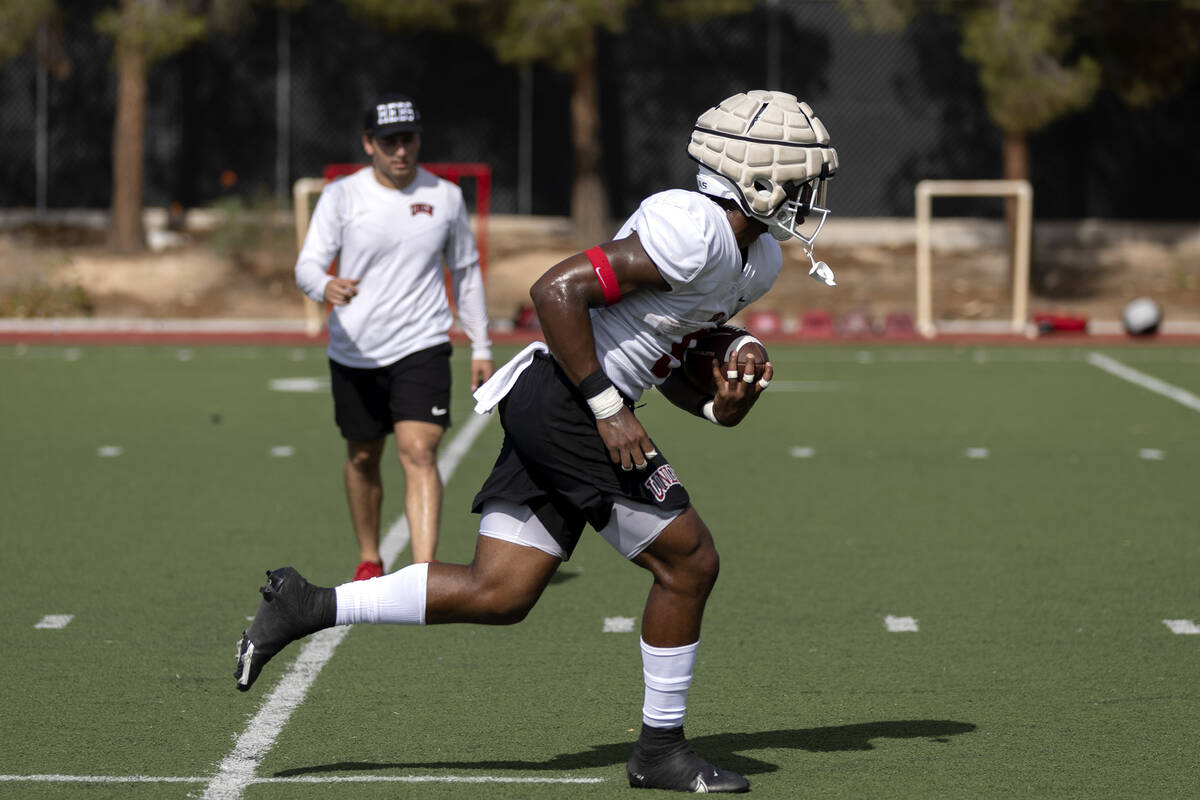 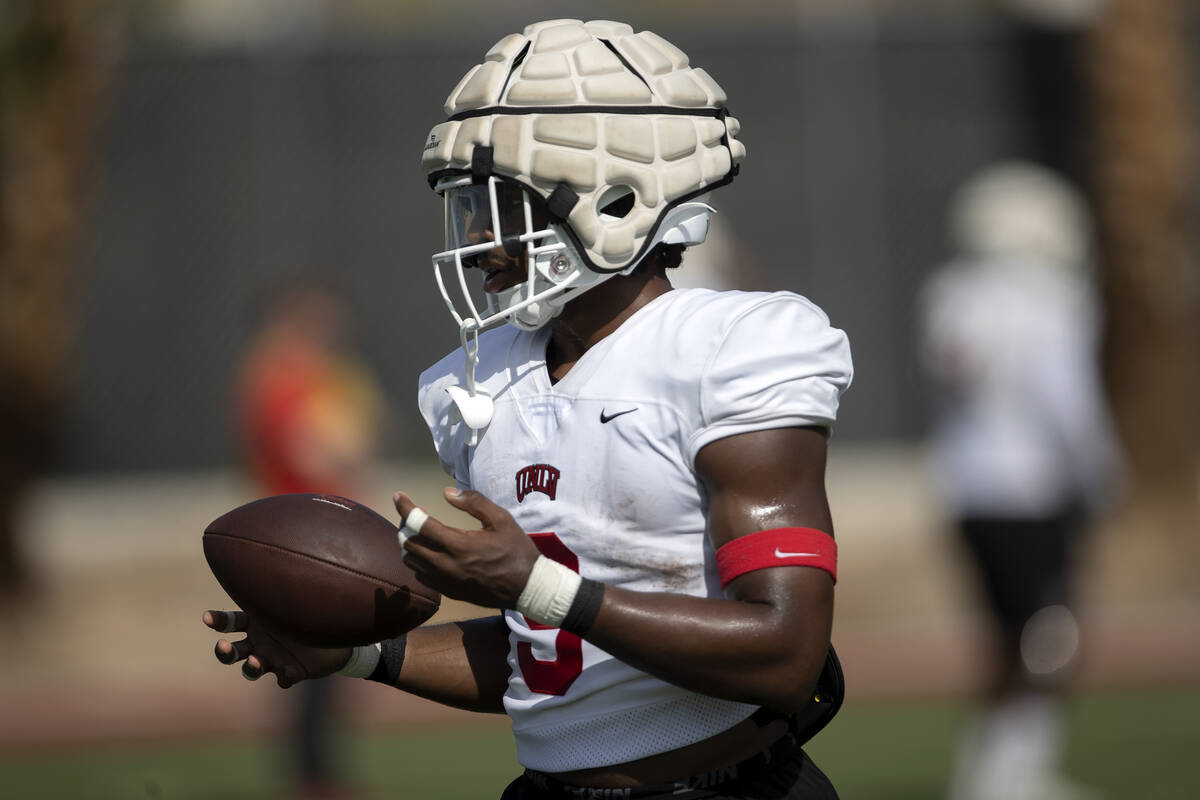 One of the biggest challenges for UNLV football coach Marcus Arroyo in the offseason was filling the void left by outgoing running back Charles Williams. Replacing the school’s all-time leading rusher wouldn’t be an easy task.

But as the Rebels wrapped up their second week of fall camp, Louisville transfer Aidan Robbins has started to make his case as the top option at running back for the Rebels this fall.

“He’s learned the offense fast and we’re now starting to really see where he can be dynamic,” Arroyo said of Robbins.

Through the first 12 practices of fall camp, Robbins has taken most of the snaps in the backfield with the first-team offense.

In the portion of practice open to the media where the team goes 11-on-11, Robbins — standing at 6-foot-3 and 230 pounds — has showcased his speed by breaking off long runs and used his size to his advantage as he battled through contact.

“He’s got power, speed, he can catch the ball in the backfield, and more than adequate long speed,” Arroyo said. “He’s a big body that’s got an all-purpose, all-down type of mentality. That’s been impressive.”

Robbins graduated from Louisville after three years, where he appeared in 11 games over three seasons. He said he entered the transfer portal because the Louisville offense wasn’t the right fit for him and he was looking for the ideal situation to showcase his skills.

“UNLV checked all the boxes for me,” Robbins said.

Robbins was present at UNLV’s spring showcase at Allegiant Stadium in April, but as a spectator on the sidelines. He said after touring the facilities, considering academics — where he will pursue a master’s in urban leadership — and with having family in Las Vegas, he was confident UNLV was the right fit for him.

On the field, he has liked how the offense gives him space to utilize his speed and gives him the opportunity to make defenders miss.

“It’s a very rigorous offense with a lot of different schemes I’ve had to learn and adjust to over time,” Robbins said.

Offensive coordinator Nick Holz has been impressed with how Robbins, at his size, can get in and out of cuts when facing a defender or running through a tight space.

When evaluating the running backs, Holz said two points of emphasis have been pass blocking and being effective in the passing game. Robbins was looking forward to the opportunity to be utilized more in the passing game and so far he’s impressed the staff as a pass catcher.

Robbins joins a group of running backs that Arroyo called “very competitive.” They include seniors Chad Magyar and Courtney Reese and junior Jayvaun Wilson. All four have worked in the same group together during practice and are all held to the same standard.

“It’s nice that we have a bunch of different sizes and types of guys, but we’re asking a lot of them,” Holz said.

With less than two weeks before the Rebels’ season opener, Arroyo hasn’t appointed a starter yet. He said he will look for a primary running back and utilize the others through their specific skill sets and in certain scenarios.

Holz said he and the staff have liked everything they’ve seen on tape from Robbins and believe he can fill their need for productivity in the backfield.

“He’s been an all-around running back for us,” Holz said. “That’s something we’re looking for.” 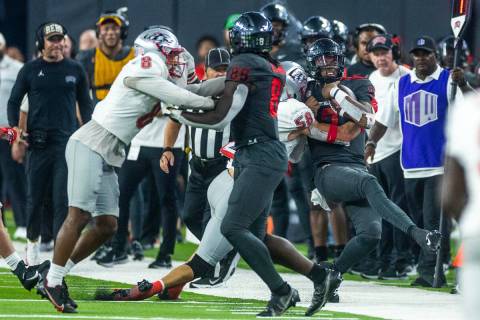 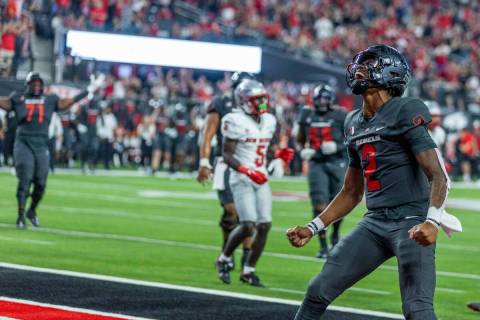 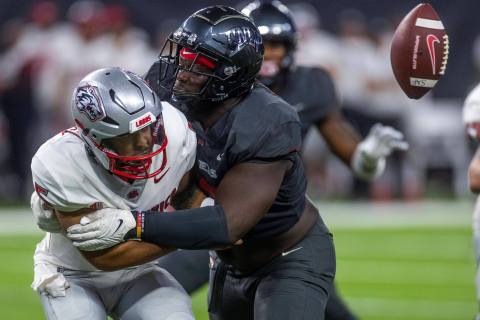 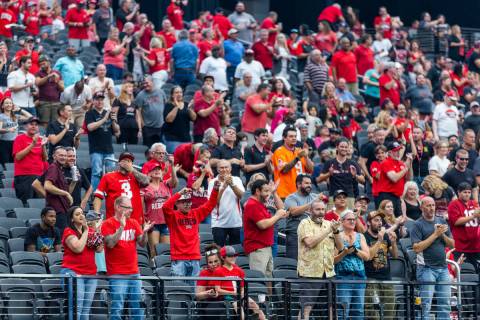 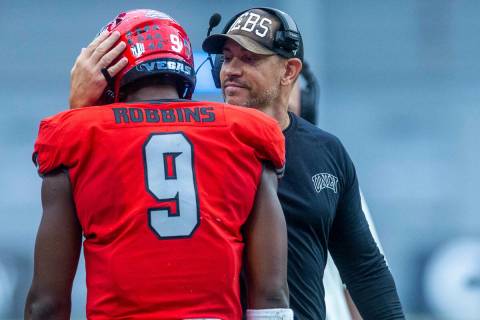 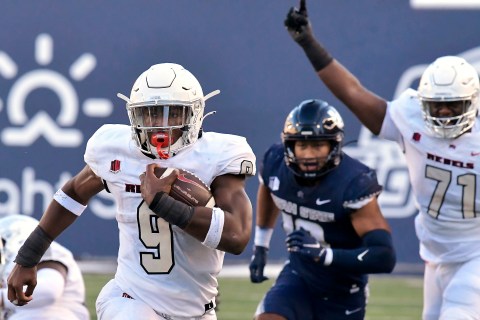 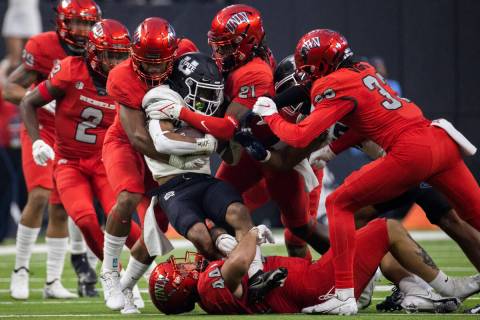 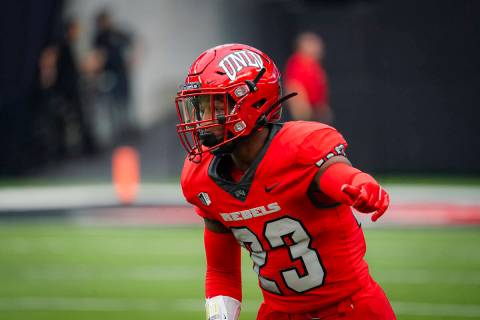 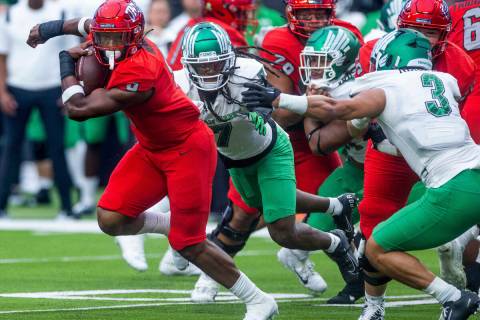