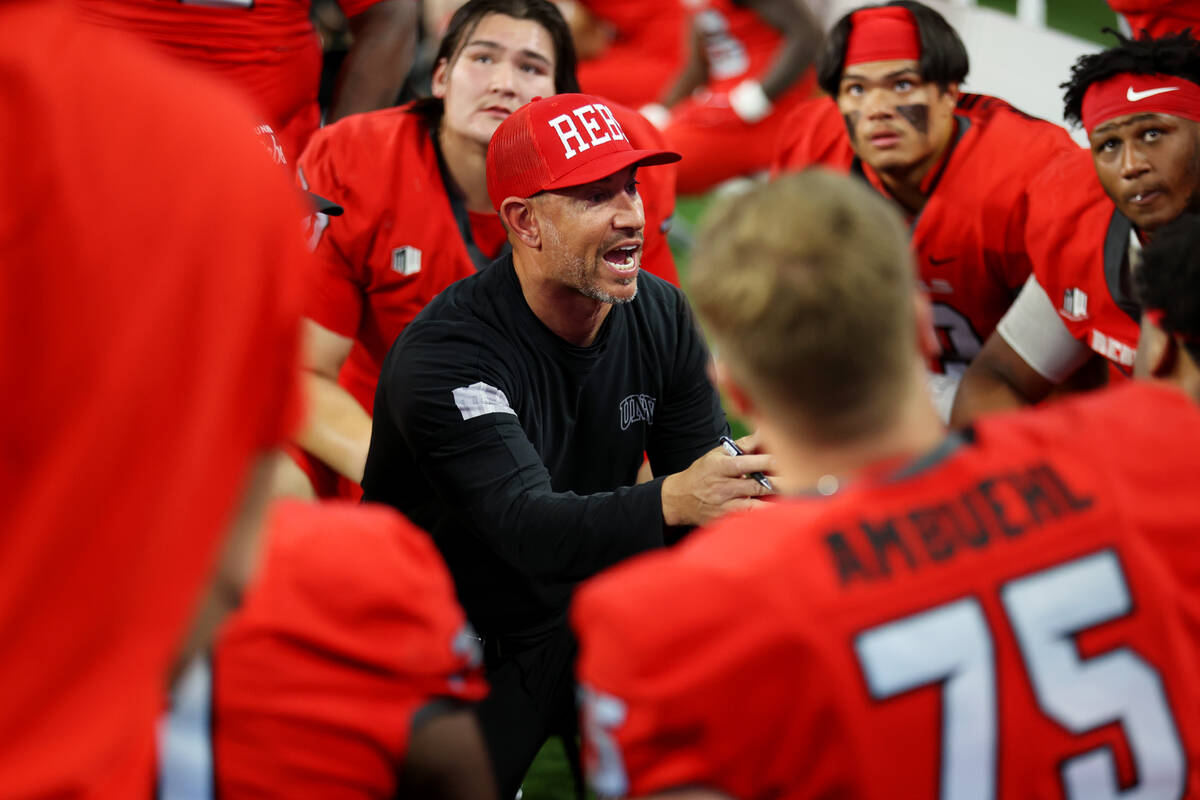 Former UNLV football coach Marcus Arroyo broke his silence Tuesday, about 24 hours after he was fired Monday following a 5-7 record in his third season at the helm of the Rebels program.

“I am incredibly grateful for the opportunity to have served as the head football coach at UNLV,” Arroyo wrote in a post on Twitter. “And I want to thank the entire UNLV family for your support.”

Arroyo was fired Monday, hours before players and staff assembled to paint the Fremont Cannon, UNLV’s reward for beating up-state rivals UNR 27-22 in the final game of the season. The Rebels’ win against the Wolf Pack allowed UNLV to snap its six-game losing streak and was the team’s first win in the Battle for the Fremont Cannon since 2019.

However, it wasn’t enough to save Arroyo’s job.

The former Oregon offensive coordinator, who arrived in Las Vegas ahead of the 2020 season, finished his UNLV career with a 7-23 record. Arroyo’s .233 winning percentage during his three-season tenure is the second lowest in program history, only ahead of Jeff Horton, who was 13-44 during five seasons between 1994-98 as UNLV transitioned from the Big West to the Western Athletic Conference.

In his statement, Arroyo said he was disappointed that he wasn’t able to complete the process he and his staff began three years ago. He mentioned the difficulties of beginning his tenure in the middle of the 2020 season, which was shortened by the COVID-19 pandemic and said he thought the Rebels had made significant progress in the two following seasons.

Arroyo said the strides UNLV had made in culture, player development, recruiting and academics were beginning to turn into consistent competitiveness on the field. Four of UNLV’s seven losses this season were by seven or fewer points.

The Rebels were unable to generate any momentum after Brumfield’s return, however, and the six-game losing streak was capped off by a disastrous loss against Hawaii, which mathematically eliminated UNLV from reaching the six-win bowl eligibility threshold.

Arroyo’s statement also thanked his staff and support personnel, and expressed his optimism that the Rebels will earn a bowl despite only reaching five wins because of their Academic Progress Report.

The former UNLV coach also thanked his players for their commitment and dedication. He’d been looking forward to welcoming his first recruiting class back as seniors, but said he will continue cheering for them.

Arroyo said he believes UNLV is in a good position going forward and wished his successor good luck. He concluded his statement with a message for UNLV fans.

“To the Rebel faithful,” he wrote, “we will always carry a piece of you with us. Thank you for everything.”