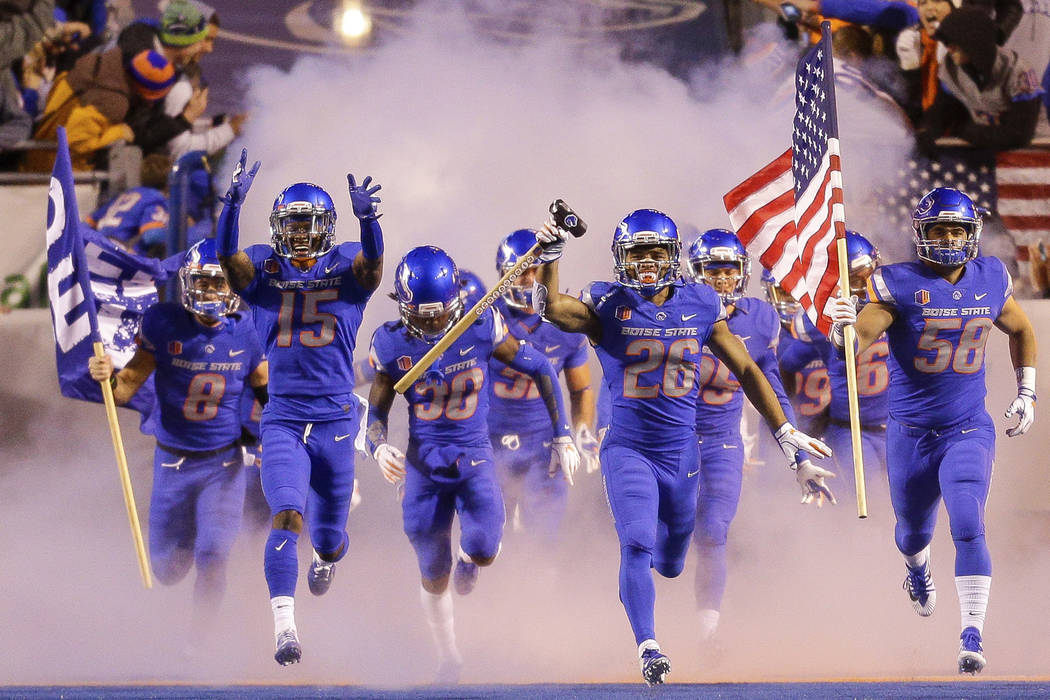 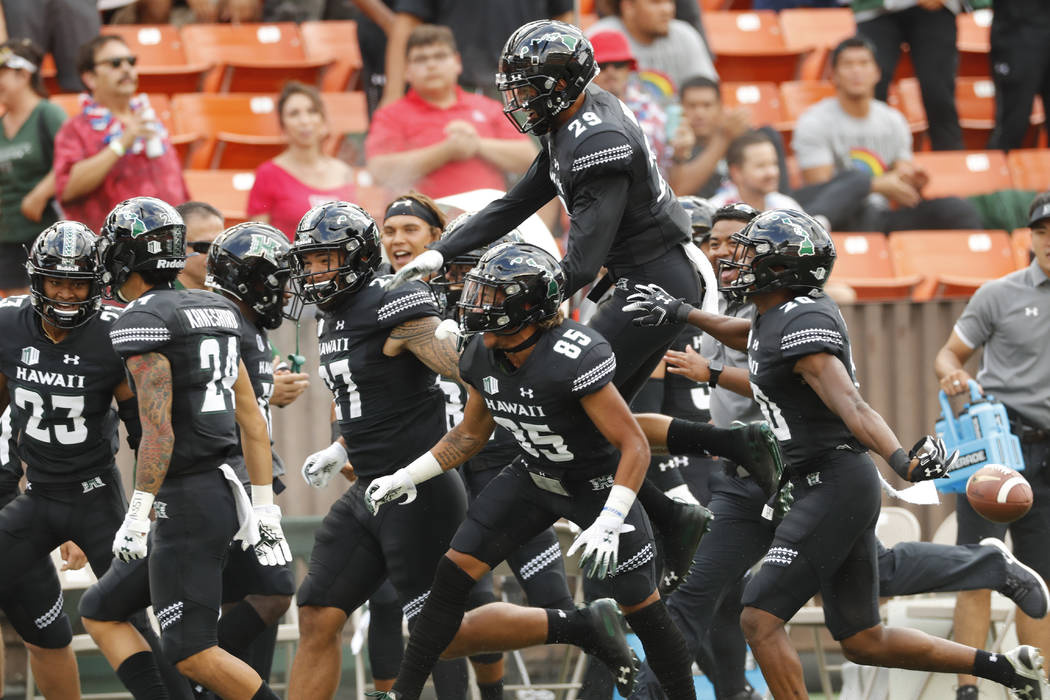 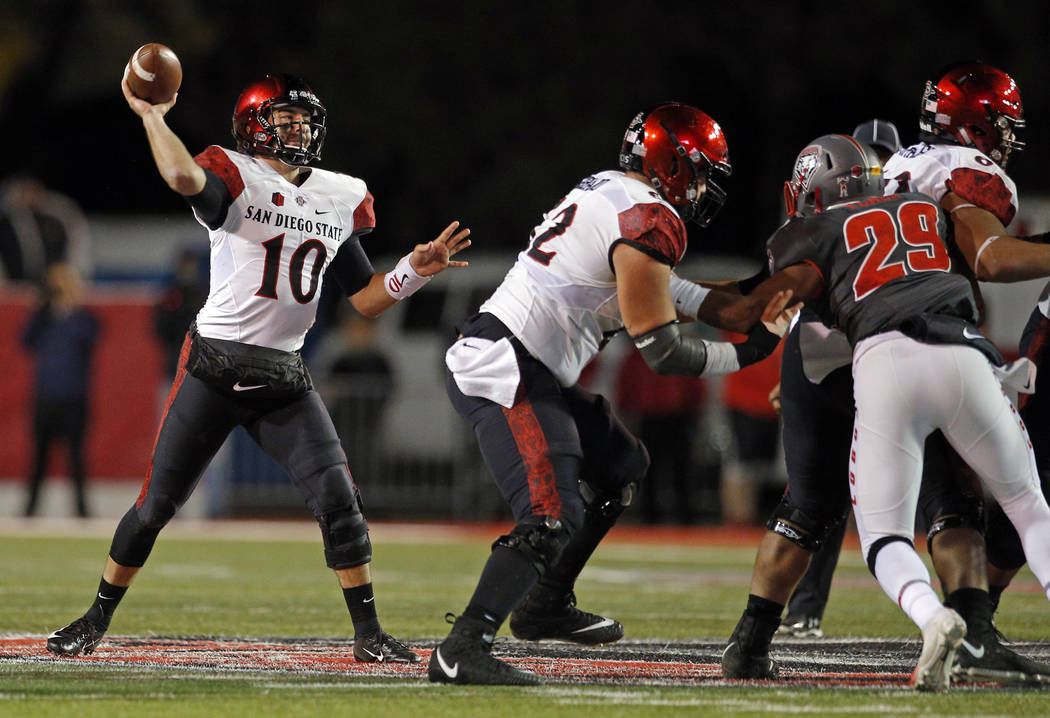 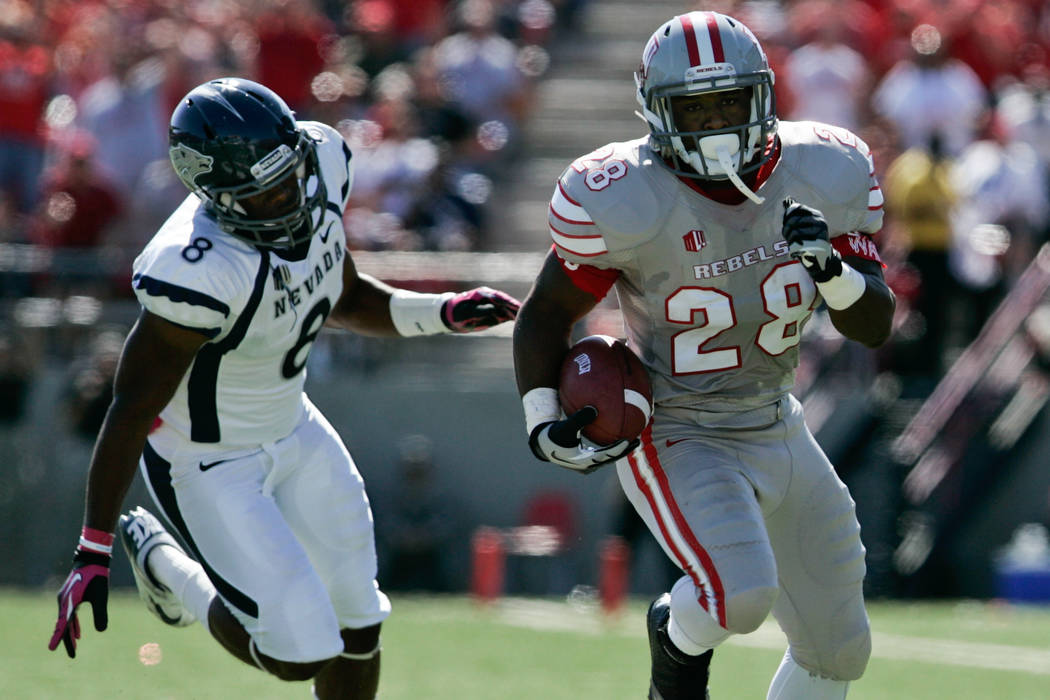 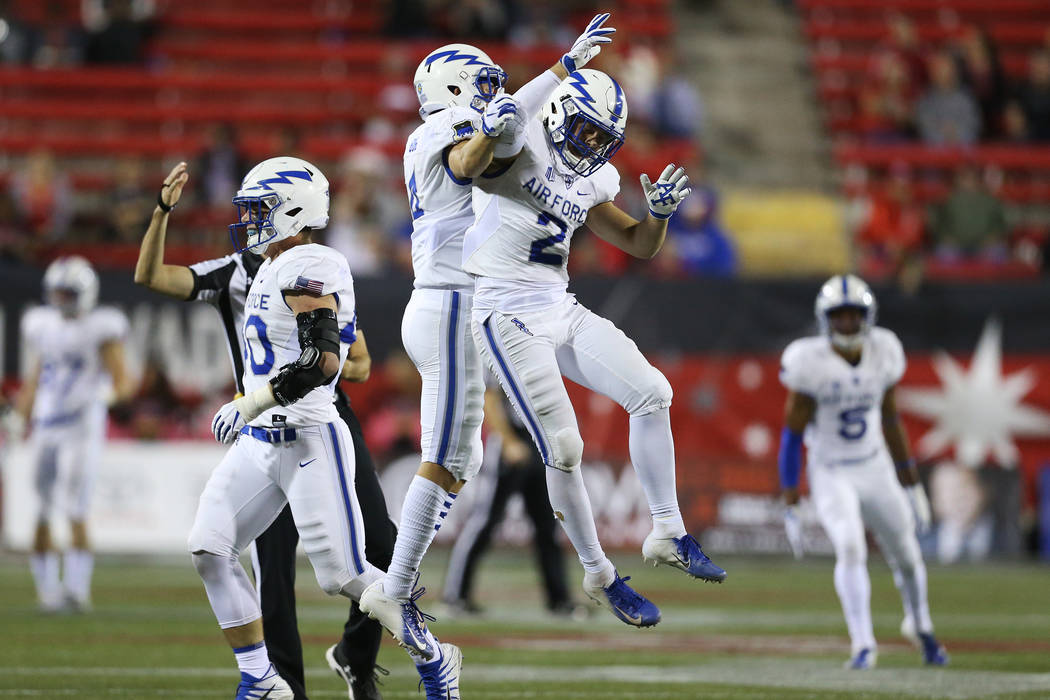 Here is the breakdown of the Mountain West divisional races as predicted by the conference media:

Pre-snap read: Fresno State is the division favorite, but the Bulldogs have serious questions. Gone is quarterback Marcus McMaryion and seven of his starting offensive teammates. They are thin on experience on both sides of the ball, but the talent is there.

Coachspeak: “It’s kind of a transition period for us, losing 30 players off last year’s team. It’s not just about the talent level or the ‘Xs’ and ‘Os’ or anything like that. It’s really about how do you form leadership, and how do you come together as a team.”

Pre-snap read: After finishing first or second in the West each of the previous six years, the Aztecs dropped to fourth last season, losing five of their final six games. Quarterback Ryan Agnew and running back Juwan Washington are back.

Coachspeak: “We try to learn from the experience we had the year before, and I’m not counting just players, I’m counting coaches, too. We evaluate all the things we do in the offseason, and then we try to think of things that will make us better, and then we implement those.”

Coachspeak: “Everybody in college football has seniors that graduate. I don’t think it’s as big a deal (losing Gangi) as people want to make it, but we’re going to have a new quarterback. … I like our quarterbacks. I think we’re going to be better at the position.”

Pre-snap read: No team is more experienced than the Warriors. Junior quarterback Cole McDonald is healthy after an injury-ravaged season in which he still passed for 3,875 yards. Hawaii already has played, having beaten Arizona 45-38 on Saturday.

Coachspeak: “Internally, we do (think they can win the division), and I think that’s a good place to be. Our team’s not seeing what Fresno’s doing. They’re very much inside their own bubble, which I’m OK with.”

Pre-snap read: A healthy Armani Rogers — the junior quarterback missed seven starts last season because of a toe injury — is vital to contending for a bowl appearance. That and a defense that improves on allowing an average of 37.2 points last season. It’s postseason or bust for Sanchez as the Rebels play their final season at Sam Boyd Stadium.

Pre-snap read: The Spartans’ only victory was against UNLV. They return senior quarterback Josh Love, who showed flashes with 451 yards and three touchdowns against Hawaii and 335 yards and four TDs against the Rebels.

Coachspeak: “I really think this offseason has been the best offseason so far. I think that’s a little bit the team better understanding expectations, the team coming together a little bit, the team feeling like we were close last year a lot.”

2018 record: 10-3, 7-1 MW; co-division champion; scheduled meeting with Boston College in the First Reponder Bowl was canceled due to inclement weather

Pre-snap read: Gone is Brett Rypien, the second winningest quarterback in Boise State history, and a 1,000-yard rusher in Alexander Mattison. But the Broncos put together a dynamic recruiting class and are experienced in many places. Freshman Hank Bachmeier was named the starting quarterback.

Coachspeak: “About all our quarterbacks, there wasn’t something in there where we would say, ‘Oh no, that guy has no shot.’ It was the back and forth of those guys competing. … I like where Hank’s at. He’s prepared himself to be in this position.”

Pre-snap read: Andersen returns to where he went 26-24 from 2009 to 2012, winning the Western Athletic Conference his final season before taking over Wisconsin. In his second act, he takes over an inexperienced offense, but one that includes junior quarterback and potential first-round NFL draft pick Jordan Love.

Coachspeak: “I think it’s a huge advantage (having been at Utah State). … they know us and who we are. … getting into the Mountain West conference has changed a lot of things for the good for Utah State.”

Pre-snap read: With divisional favorites Boise State and Utah State facing many questions, this is the opportunity for a more experienced team like Air Force to make a move up the standings. Calhoun, though, pointed out the Falcons aren’t as experienced as many might think, even with 15 returning starters.

Coachspeak: “We’ve got to replace 30 seniors, which are more seniors than I think anybody in college football. … We’re not one of those squads where you have a ton of production back or anything like that.”

Pre-snap read: Wyoming won its final four games, but the Cowboys were left out of the bowl picture even after reaching .500. The Cowboys must improve an offense that averaged 20.7 points and 131.3 yards passing.

Coachspeak: “However you want to frame it, I know this, if we win seven games, we’re in a bowl game last year. You can say whatever you want to about the system. We need to take care of business, and we didn’t get that done.”

Pre-snap read: Bobo returns after a season in which numbness in his feet made it difficult to walk the sidelines. His team ended the season with a five-game skid, and Bobo turned down a $100,000 raise because he didn’t think it was earned. The Rams need to improve their offensive (22.8) and defensive (36.8) scoring averages.

Coachspeak: “We didn’t play to the standards we wanted to play. … We can sit here and talk about all we want, about last year and all we’re going to do this year. We’ve got to focus on ourselves.”

Pre-snap read: Davie escaped getting fired after last season, but whether he could again if the Lobos produce another subpar season is doubtful. He is putting the offense in the hands of sophomore quarterback Tevaka Tuioti, and he will run a mix of the triple option and spread offenses.

Coachspeak: “Tevaka’s coming off two straight season-ending injuries, so we’re asking him to do some things. That’s why we can’t be all triple, and I don’t think we can win being all spread. We’re not going to out-spread Utah State.”