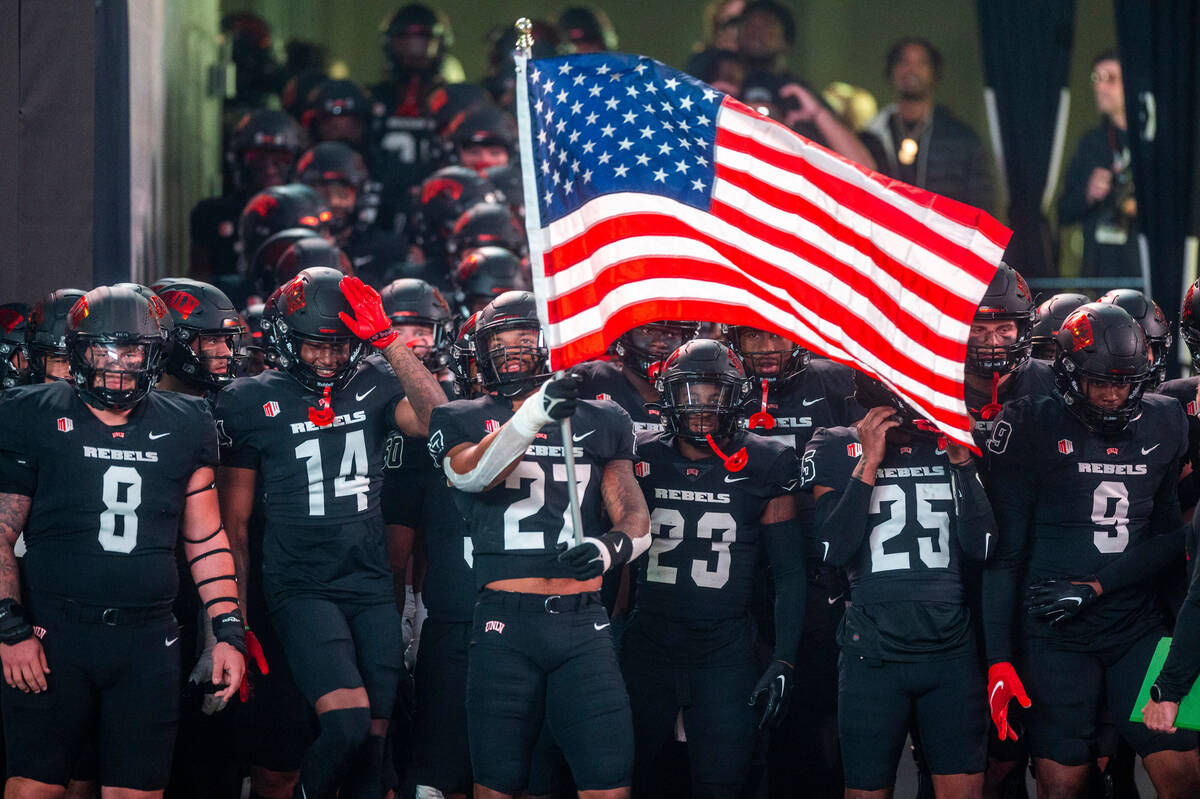 UNLV Rebels show their Veteran's Day spirit before facing the Fresno State Bulldogs during the first half of their NCAA football game at Allegiant Stadium on Friday, Nov. 11, 2022, in Las Vegas. (L.E. Baskow/Las Vegas Review-Journal) @Left_Eye_Image 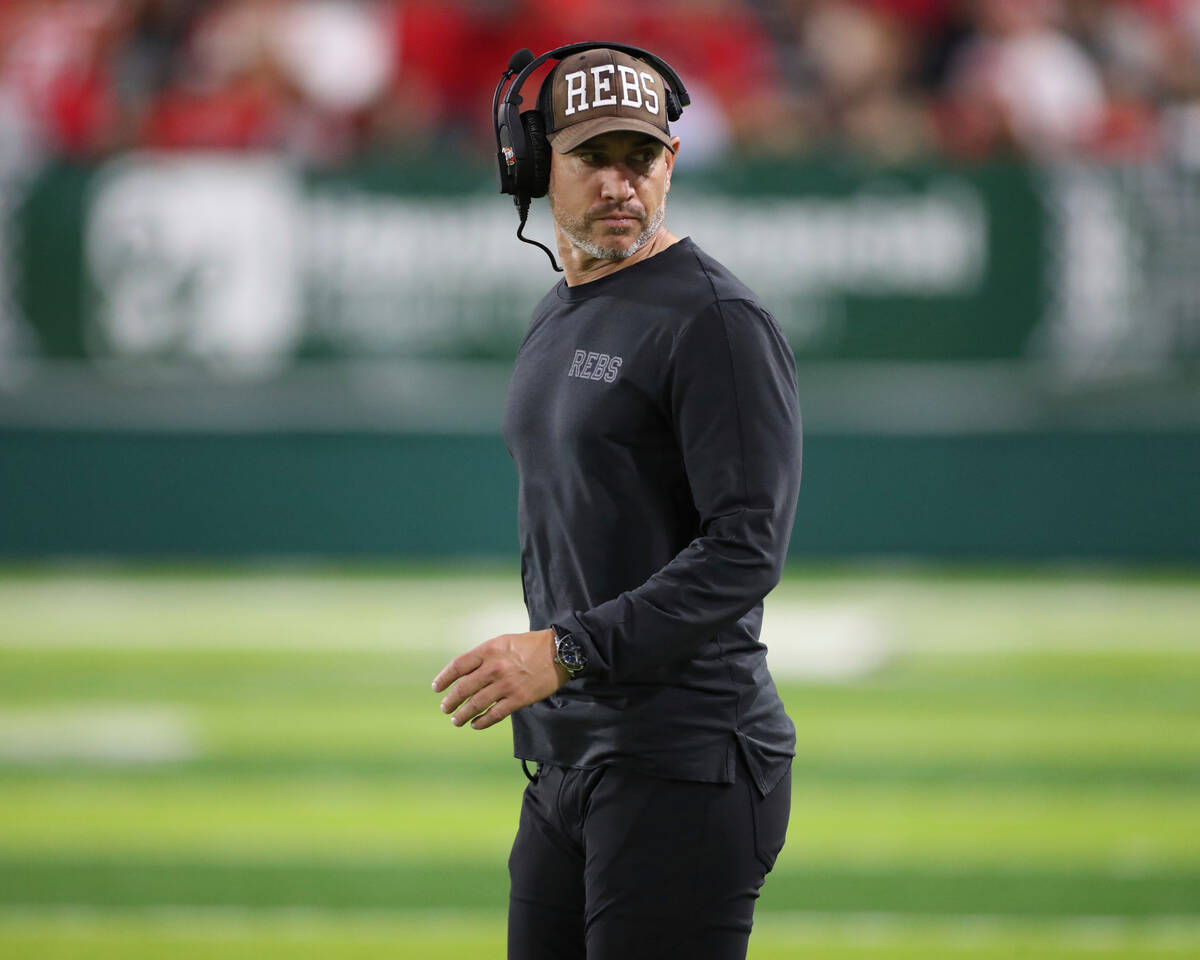 UNLV football coach Marcus Arroyo knows what lies in the team’s past. He also has a fairly strong idea of what approaches in the future.

For now, though, Arroyo wants to focus on the present.

UNLV has one more chance to snap its six-game losing streak and end the season on a slightly positive note as the Rebels take on in-state rival UNR in the Battle for the Fremont Cannon at 3 p.m. Saturday at Allegiant Stadium.

“This is a big week,” Arroyo said. “It’s rivalry week. It’s senior night. It’s cannon week, and that’s a big deal for all of us around here. I think our players understand that, our staff and I are all-in, and there’s nothing more important right now.”

Missed opportunities litter the path behind the Rebels, who enter Saturday knowing they could be playing for more. UNLV has lost six consecutive games after starting the season 4-1, as injuries and ill-timed collapses seemingly cost it bowl eligibility.

Ahead of UNLV lies an offseason that requires a full review into the team’s process and staff, something Arroyo promised after the team’s disastrous loss to Hawaii.

The Rebels (4-7, 2-5 Mountain West) could possibly make a bowl game due to some tiebreakers, depending on how rivalry week plays out across college football. A loss will condemn UNLV to a seventh consecutive defeat, and will hand UNR (2-9, 0-7) its first conference win of the season.

“I know UNLV fans have been through a lot,” fifth-year senior defensive lineman Eliel Ehimare said. “I just want them to rest assured that this isn’t where the train stops. We have to move forward to higher and better things. You have to trust and believe that, and trust and believe in the staff that’s here right now.”

UNLV and UNR enter the Battle for the Fremont Cannon going in similar directions. The Rebels haven’t made a bowl game since the 2013 season. They’ve lost their past three games by a combined 17 points, unable to execute enough to turn one of those games into another win.

The Wolf Pack are suffering through their worst season since 2017 and haven’t won a game since beating Texas State on Sept. 3. Against Mountain West competition, the Wolf Pack have scored 20 points or more just twice, and have allowed 40 points or more three times.

“Whenever it’s a rivalry game like this, the records don’t matter,” linebacker Austin Ajiake, one of 10 super seniors on UNLV’s roster, said.

Ajiake and many of his fellow seniors won the Battle for the Fremont Cannon in 2018 and 2019. However, the Rebels have lost the past two rivalry games against UNR by a combined score of 88-39.

Ehimare said he wants to make sure his younger teammates can at least experience a rivalry win in case they don’t make it to a bowl game.

“I want to send my guys off right,” Ehimare said, “the ones that are going to be here after I leave.”