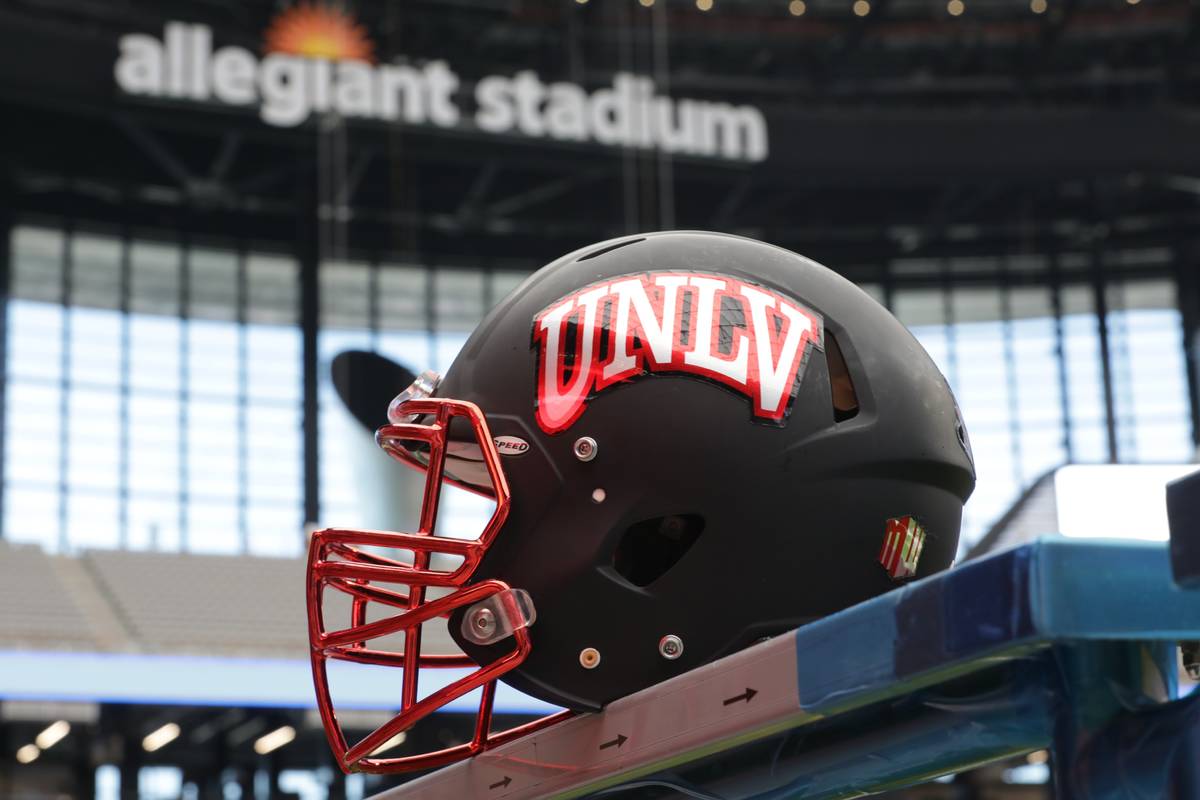 A UNLV football helmet is seen inside Allegiant Stadium, where the team will play its home games. (UNLV Athletics) 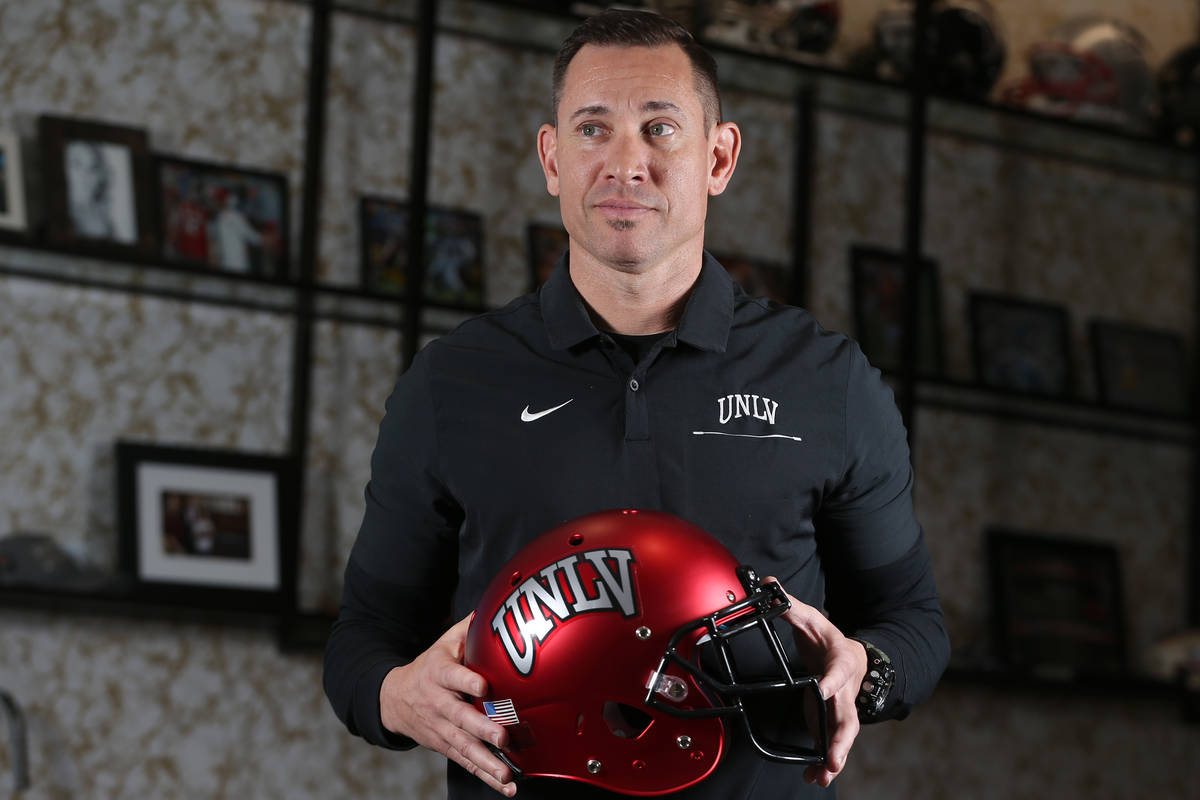 Five days before the season opener, UNLV is facing a pair of challenges — a San Diego State team picked to win the West Division of the Mountain West and which players it will have available.

The COVID-19 pandemic is ever-evolving for teams around the country, and UNLV caught a glimpse of that firsthand when the athletic department confirmed there were multiple positive tests in the program last week.

Federal law prohibits UNLV from naming who in the program tested positive, and the school declined to provide an exact number.

Wade Gaal — an associate professor at the UNLV school of medicine who also serves as the team doctor — said at the time the positivity rate was less than 2.5 percent. Gaal said that’s not concerning enough to postpone Saturday’s game. There is no established threshold for what percentage would threaten a contest.

The Rebels, who were picked to finish last in the West Division, have continued to practice, although Monday was an off day before they begin game-week preparations in earnest Tuesday.

“We’re probably no different than many,” said Marcus Arroyo, who makes his debut as UNLV coach Saturday. “Without getting into certain things we can’t comment on, we have our own issues to deal with in regards to roster management. We’re dealing with those. They’re fluid every day.”

Gaal, who serves on the Mountain West medical advisory board, said Thursday and Arroyo reasserted Monday that all data regarding COVID-19 is shared throughout the conference.

The Mountain West last week began its testing program, which calls for teams to be tested three times each week.

Mountain West member New Mexico shut down its football activities last Thursday and Friday after having nine positive tests, eight players and a staff member. As of Monday, the Lobos’ opener on the road against Colorado State was still set for 7 p.m. Saturday in Fort Collins, Colorado.

UNLV tested Sunday, will again Tuesday and one more time before the game. The day for the third test wasn’t specified.

“We’ll roll out there with a group that’s healthy and put our best foot forward,” Arroyo said.

Because of the pandemic, there will be no fans at Dignity Health Sports Park on Saturday. Still, Arroyo expects the Rebels to create excitement despite the lack of an atmosphere in the stadium.

He said the team isn’t anywhere near as prepared as he’d like for it to be, nor could it be, after a truncated four-week practice schedule.

“I think there are some things that are inherent in a game week in regards to how you prepare for it,” Arroyo said. “I think the way we designed our practices last week were a dry run for a lot of that stuff. There’s a lot of angst and anxiety in the first time for anything, and we’re still doing things for the first time in this program every day. Our guys have embraced that.”

Whether the Rebels will be allowed to host fans in its inaugural season at Allegiant Stadium has yet to be determined. UNLV has developed a plan that would allow for 10 percent attendance, about 6,500 fans, for home games.

Should that be approved, tickets will be sold on a game-by-game basis. Fans will be required to wear masks and maintain social distance, among other health and safety protocols.