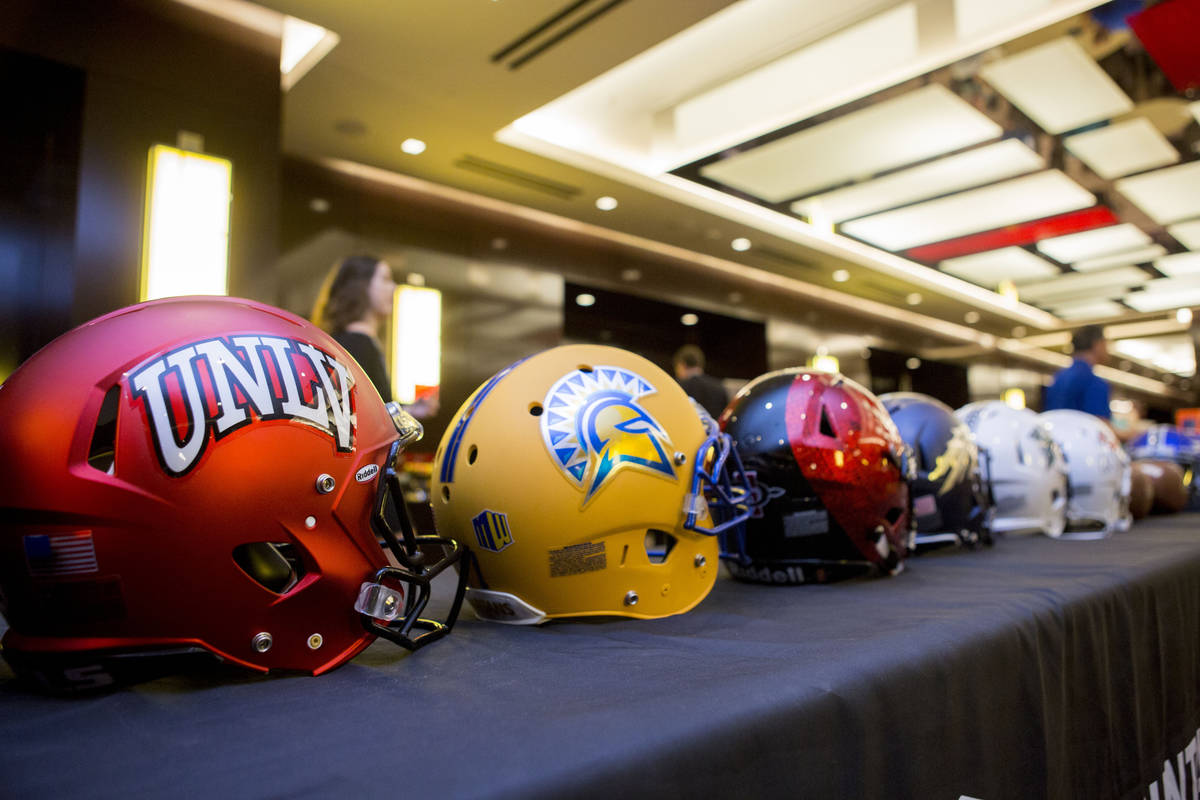 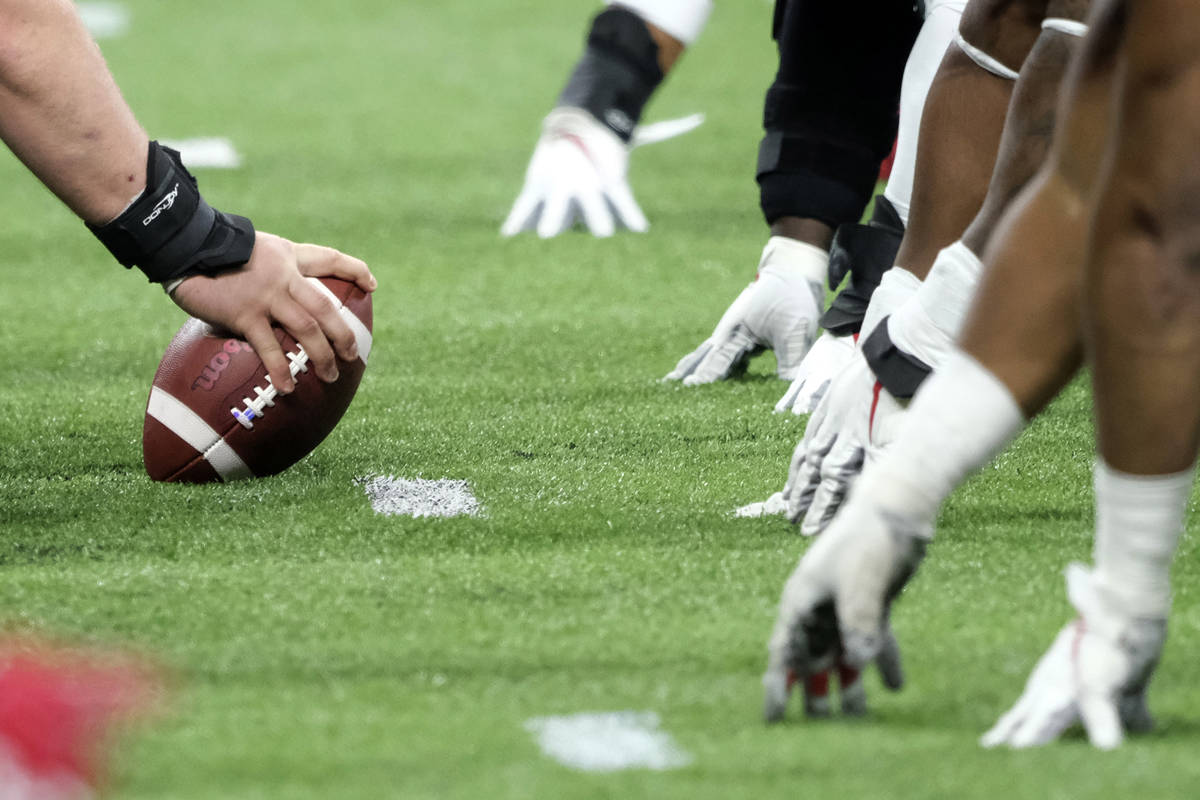 In this Dec. 7, 2019, file photo, a player prepares to hike the ball at the line of scrimmage during the first half of the Big Ten championship NCAA college football game between Ohio State and Wisconsin in Indianapolis. (AP Photo/AJ Mast, File)

UNLV will not play football this fall, after all.

The Mountain West is postponing its 2020 football season indefinitely amid the coronavirus pandemic and will not play games in the fall, the conference announced Monday afternoon.

The league had planned on playing a fall football season as recently last week, and announced a schedule of eight conference games — plus two optional nonconference games — set to begin the week of Sept. 26. But opinions among administrators throughout the conference began to fragment, and the league’s board of directors decided Monday to call the season off.

The decision delays UNLV’s inaugural campaign at Allegiant Stadium, at which it was supposed to play conference home games this year against Wyoming, Colorado State, Fresno State and UNR. The Rebels also were supposed to play Pac-12 foes California and Arizona State, but those games were canceled last month.

The Mountain West is the second conference in the Football Bowl Subdivision to cancel its fall football season, and hopes to salvage a season in the spring.

“The health and well-being of our student-athletes, coaches, staff and our entire community that supports them is our top priority and as it stands today, the conference determined that a safe enough path forward for competition could not be found,” UNLV athletic director Desiree Reed-Francois said in a statement.

Our student-athletes have worked their entire lives for opportunities to compete at the highest levels. We are deeply saddened for how they feel with today’s announcement. Our 515 SAs are resilient and we will work hard and prepare so that when we are able, we will be ready. https://t.co/LzDN7ZamnL

“While we understand and support this decision, it does not take away from the reality that our hearts hurt for our student-athletes and for their families, our coaches, staff and all who love the Rebels,” she added. “We look forward to working with our colleagues and exploring fall sport competitions occurring later in the academic year.”

The Mountain West also said Monday that it’s evaluating the status of its winter sports as well.

There was growing speculation two of the five most powerful conferences — the Big Ten and the Pac-12 — might call off their fall seasons and explore the possibility of spring football. The Detroit Free Press reported that the Big Ten season would be canceled Tuesday.

Prior to the Mountain West’s decision, Old Dominion canceled fall sports, too, following Connecticut as the second school in college football’s highest tier to break from its league; the rest of Conference USA was going forward with plans to play.

A Big Ten spokesman said no votes on fall sports had been taken by its presidents and chancellors as of Monday afternoon, and the powerful Southeastern Conference made clear it was not yet ready to shutter its fall season.

Meanwhile, a growing number of athletes have spoken out about saving the season, with Clemson star quarterback Trevor Lawrence among a group posting to Twitter with the hashtag WeWantToPlay. President Donald Trump tweeted his support behind them.

They want to play

Mountain West commissioner Craig Thompson said Monday in a statement that the league “was hopeful we could carefully and responsibly conduct competition as originally scheduled with essential protocols in place.”

But “numerous external factors and unknowns outside our control made this difficult decision necessary.

“I fully understand the impact of this outcome on our student-athletes, coaches, administrators and staff who work so hard daily to play the sports we all love, and I share in their disappointment,” he said. “We will continue to navigate this pandemic together, overcome the obstacles and return to intercollegiate athletics at the earliest opportunity.” 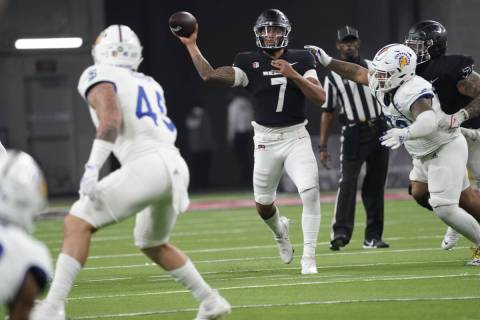 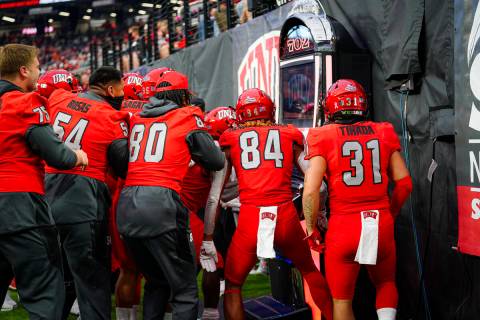