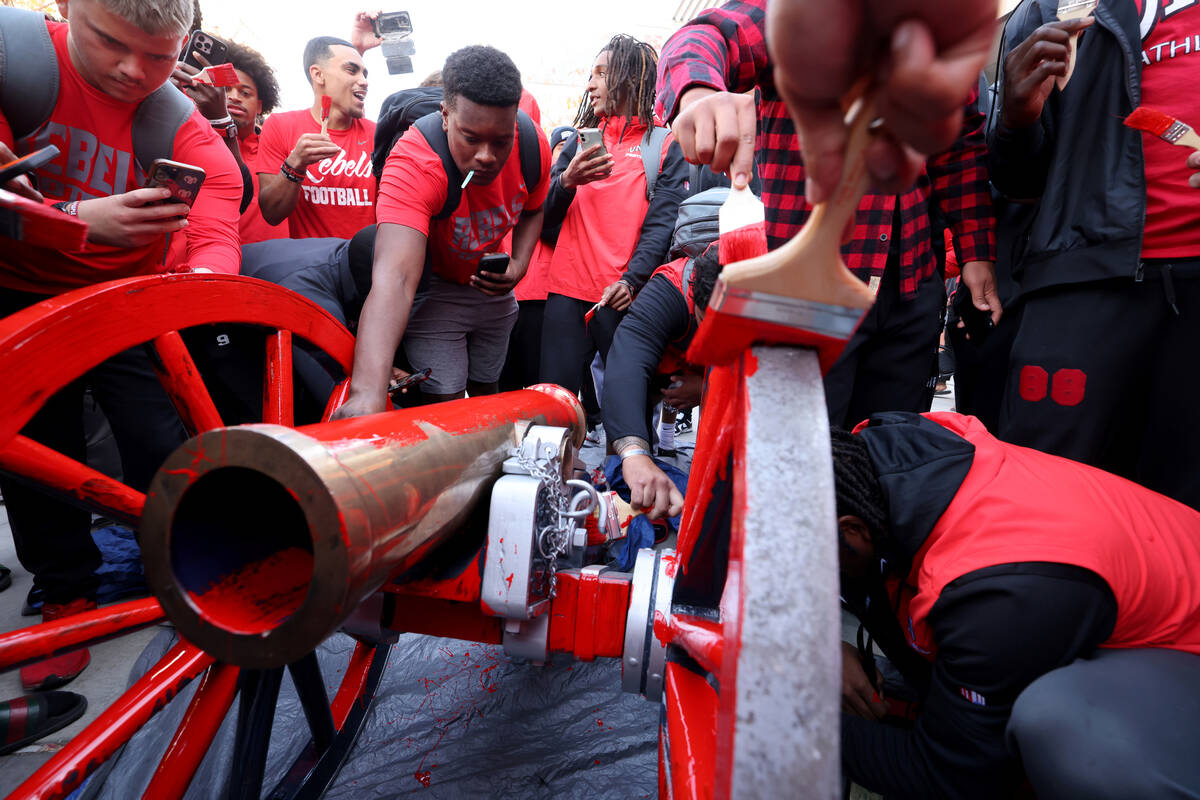 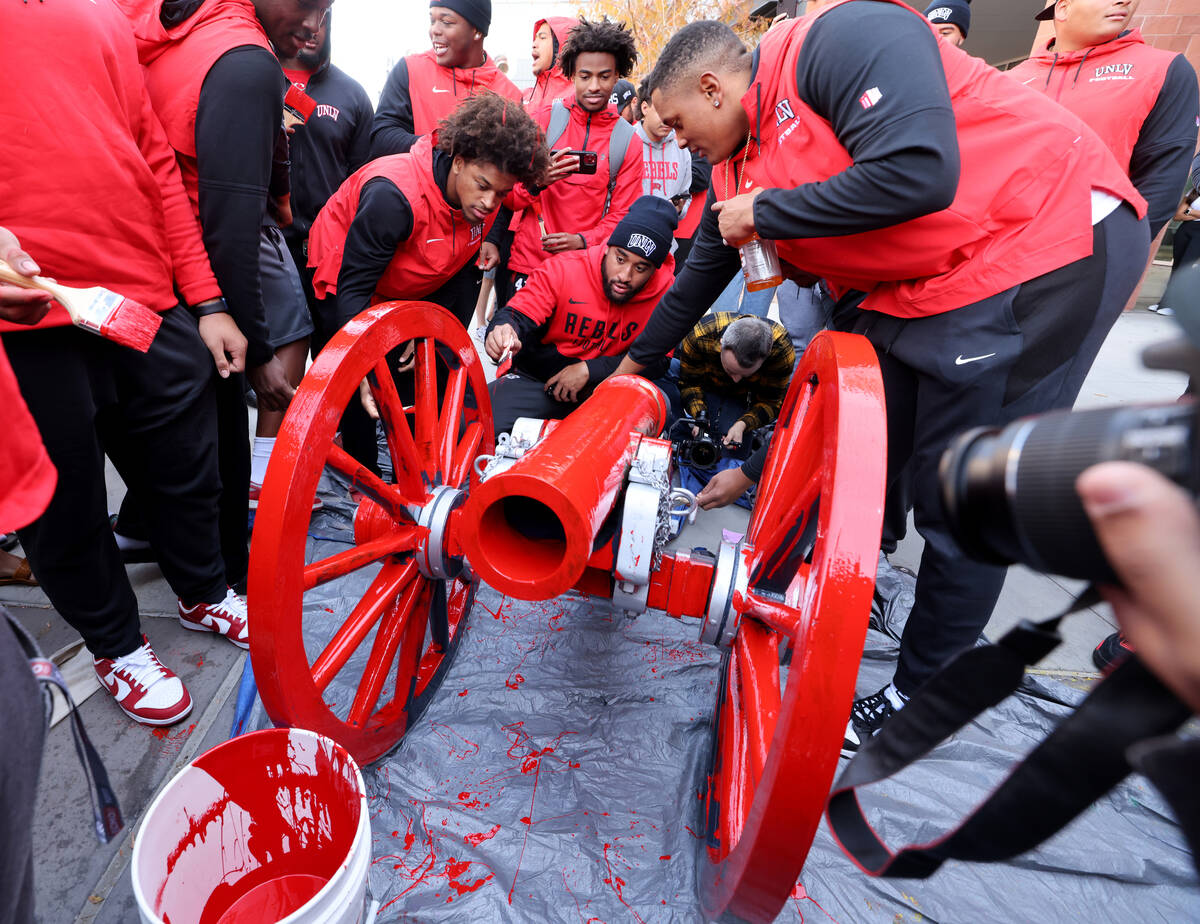 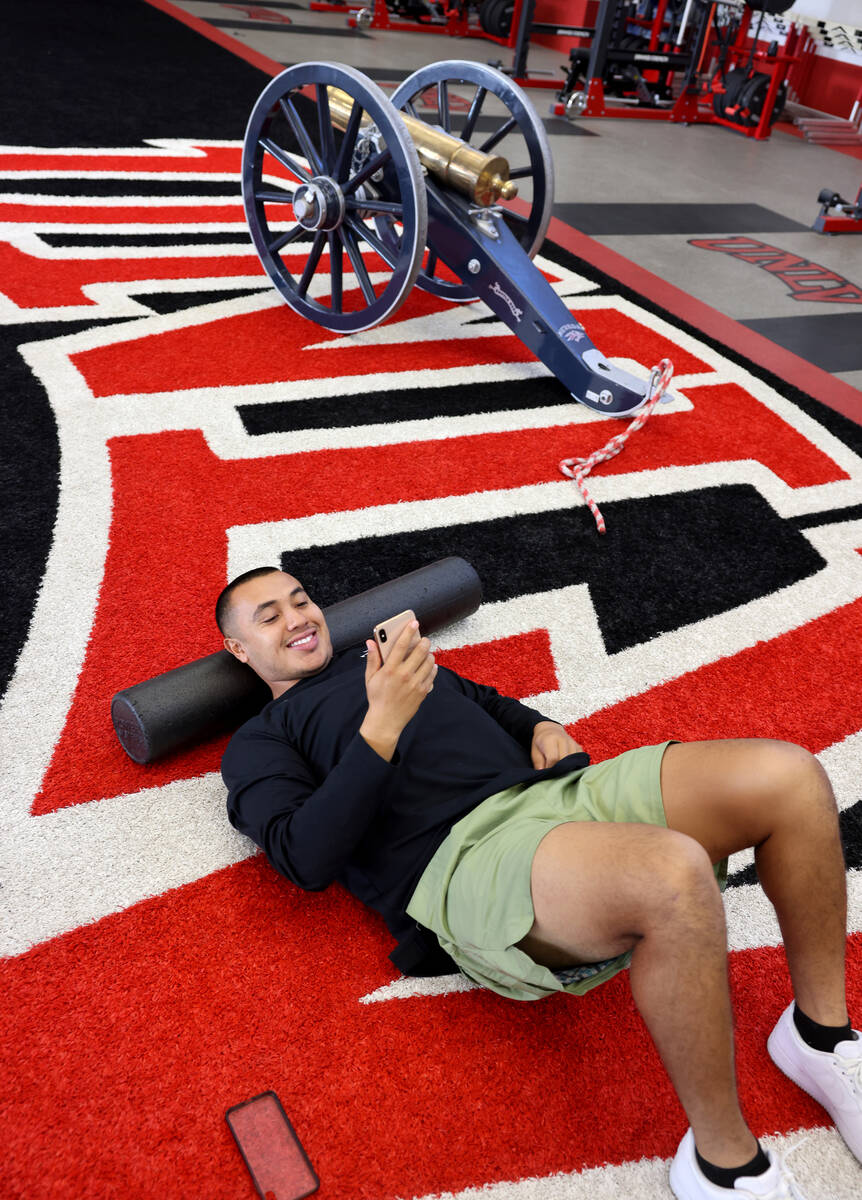 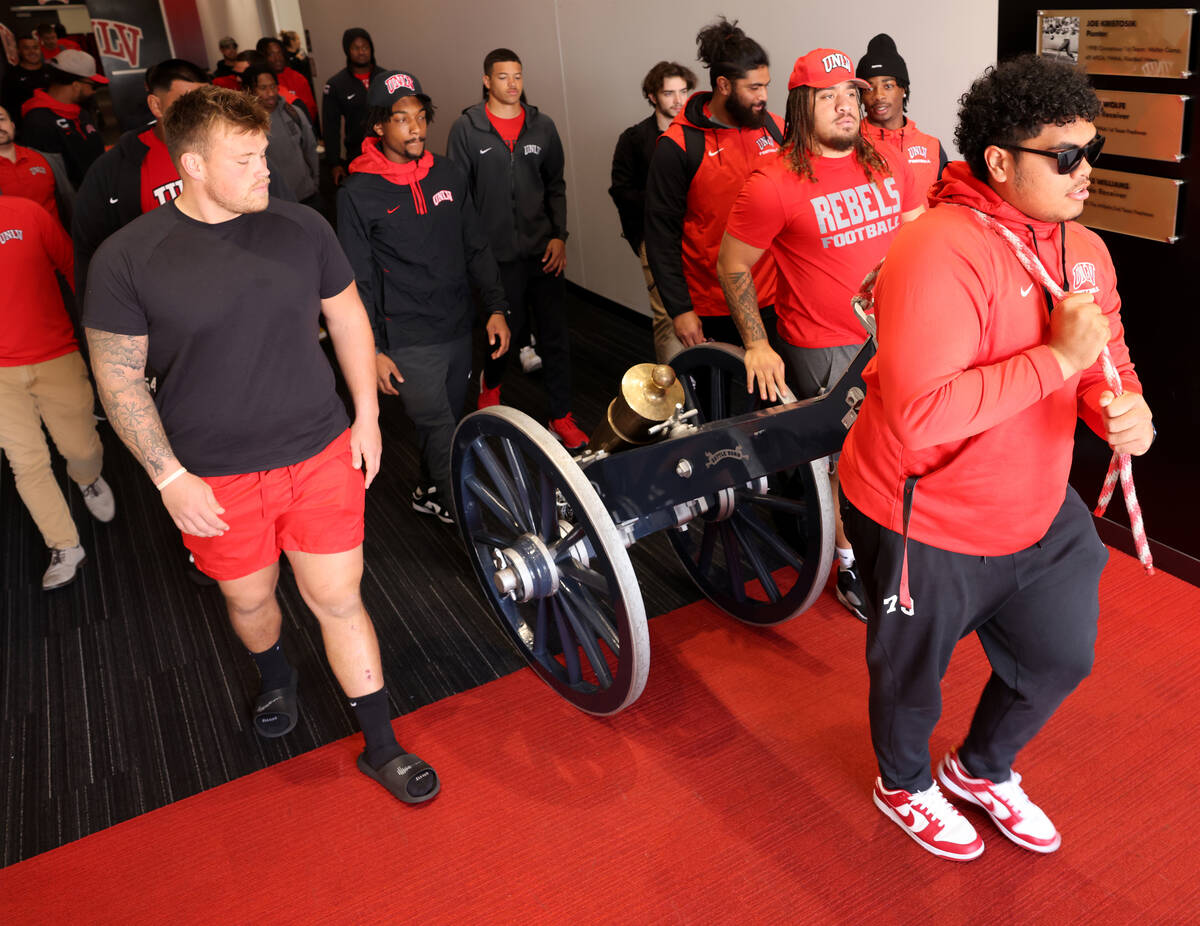 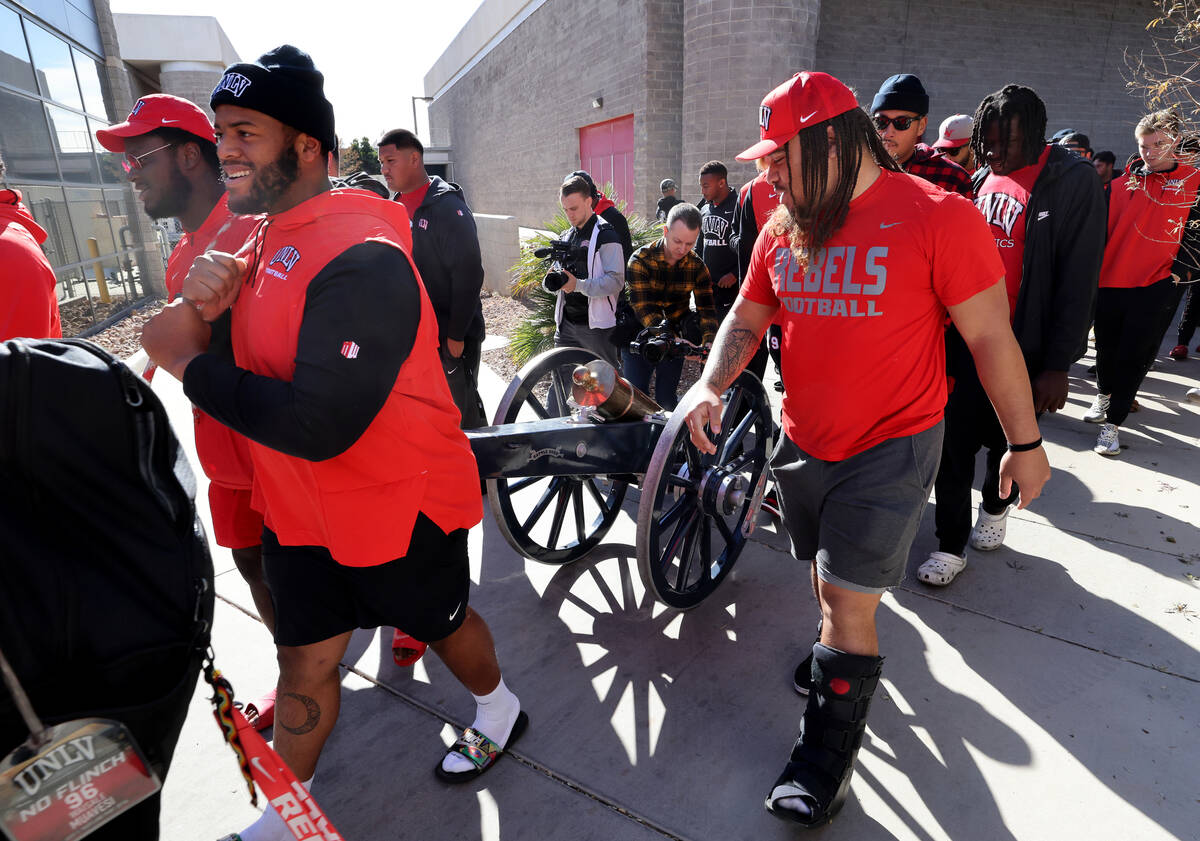 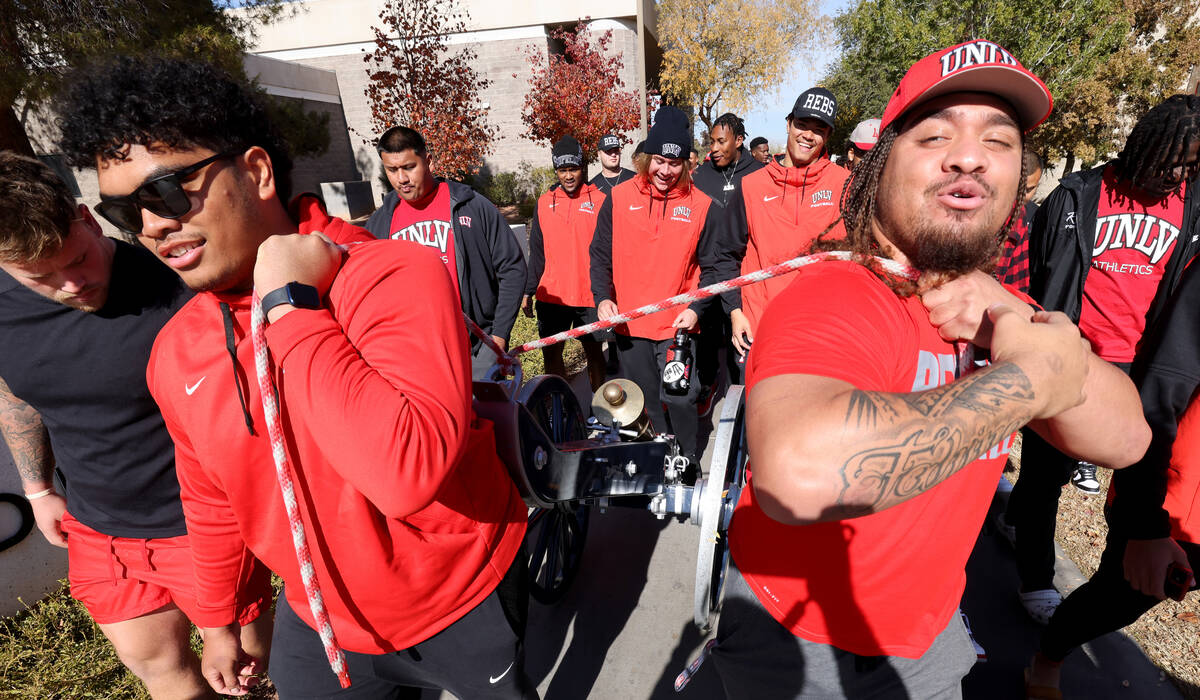 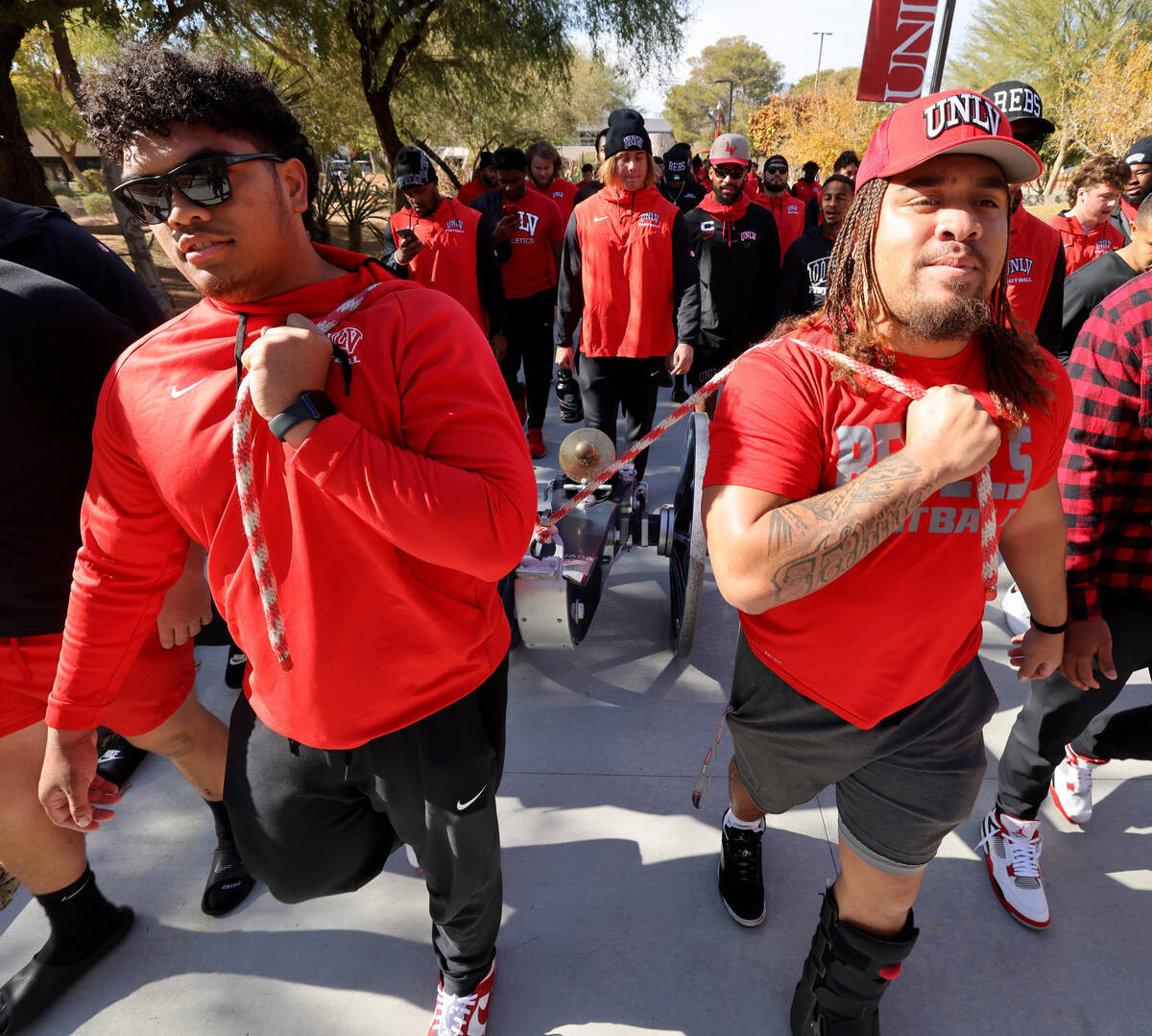 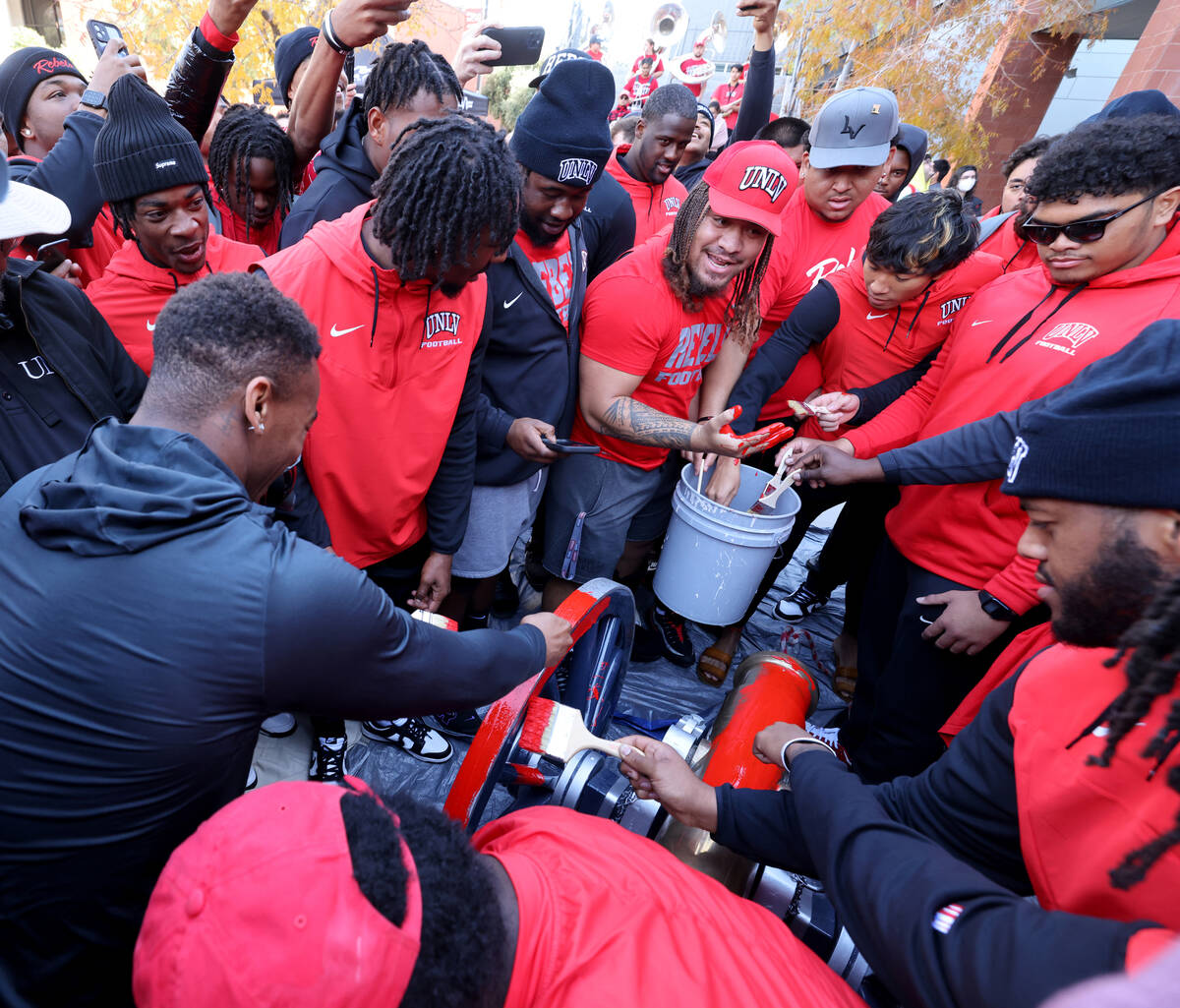 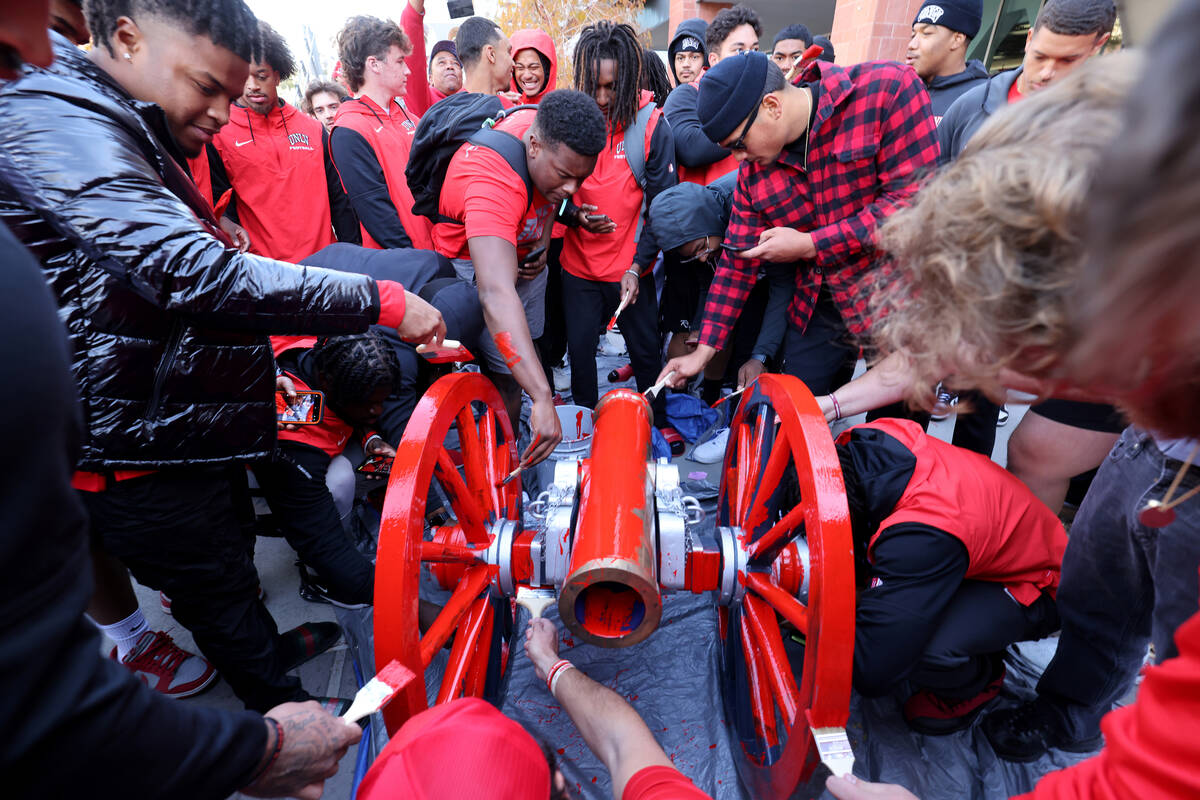 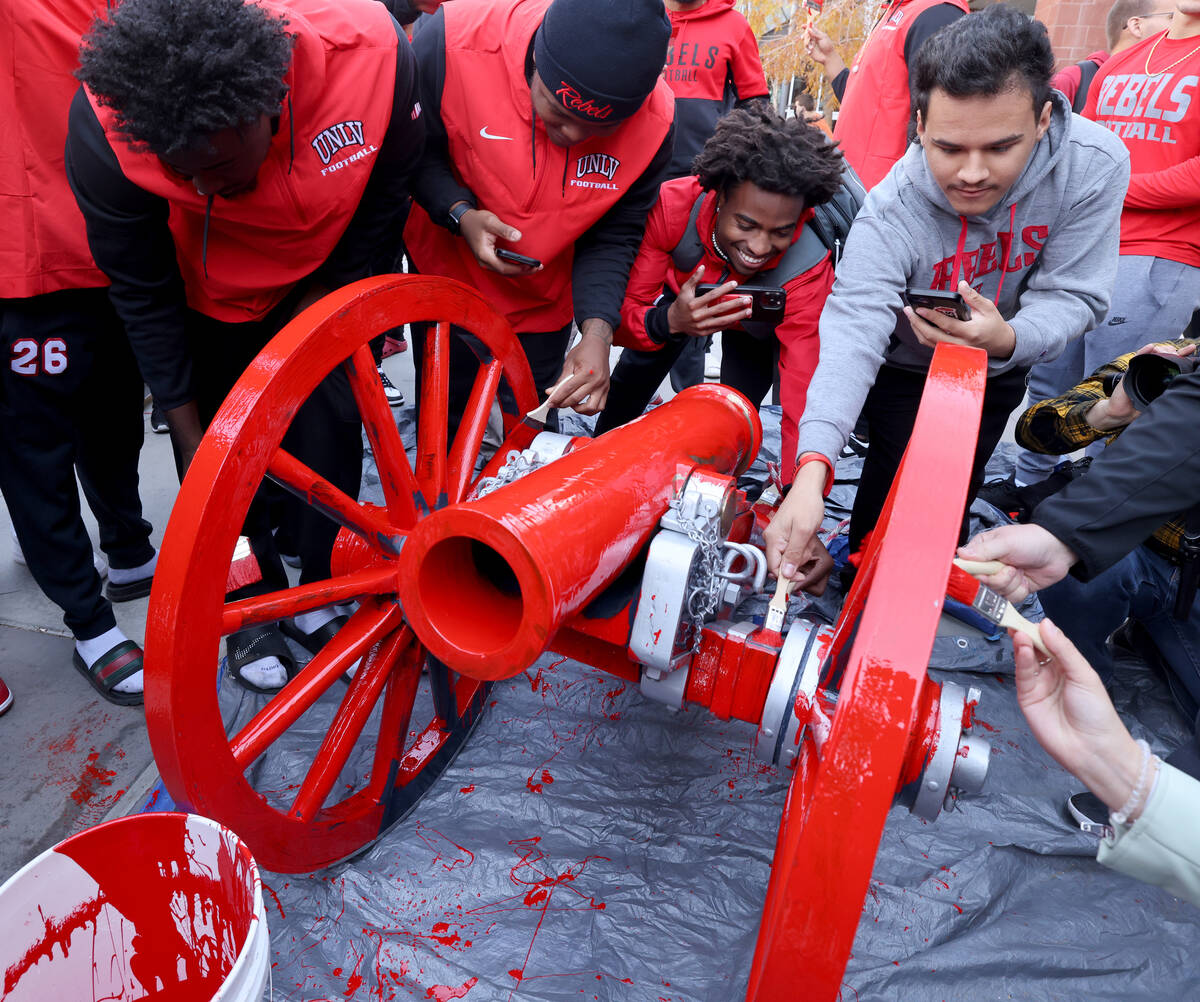 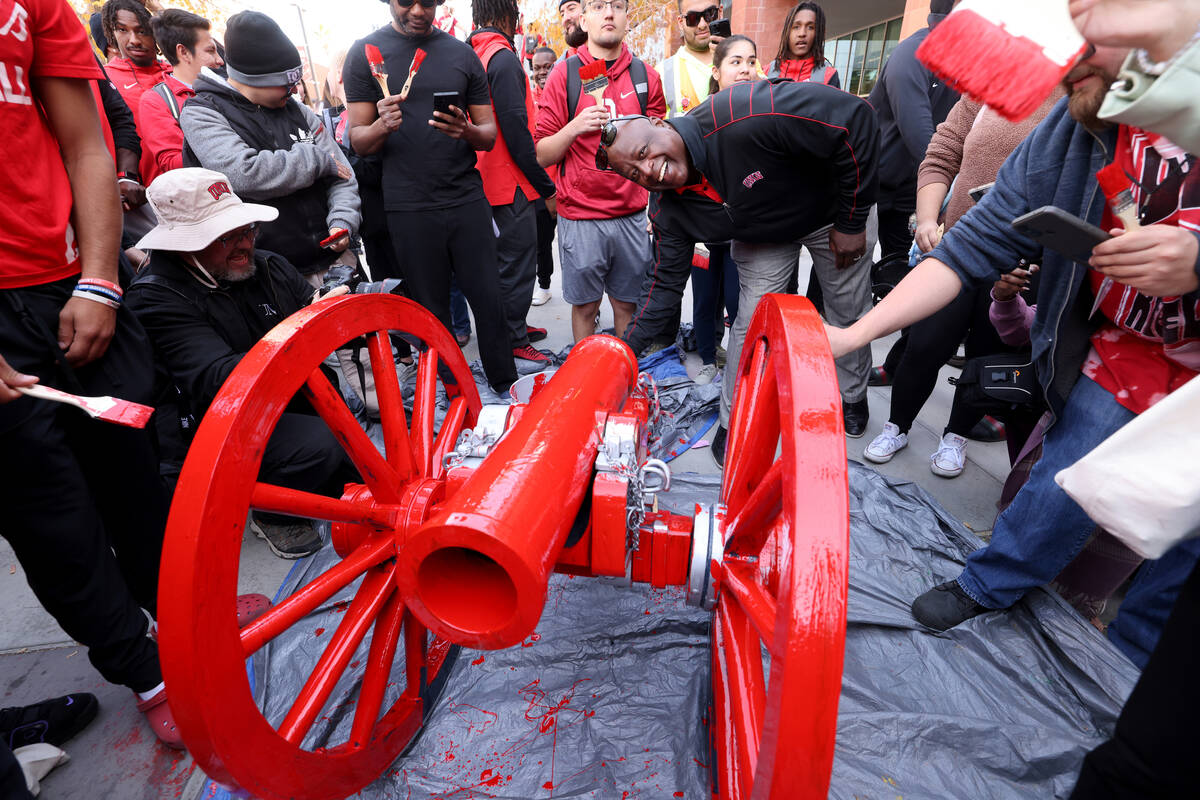 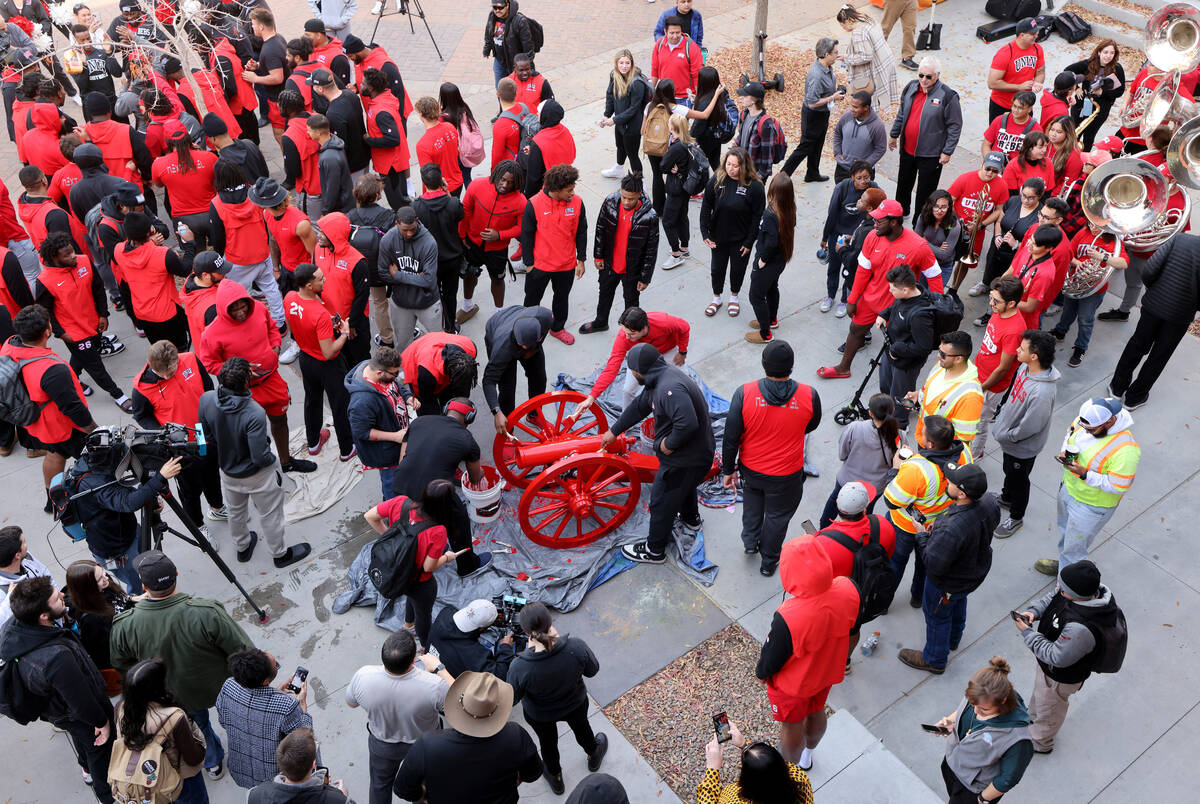 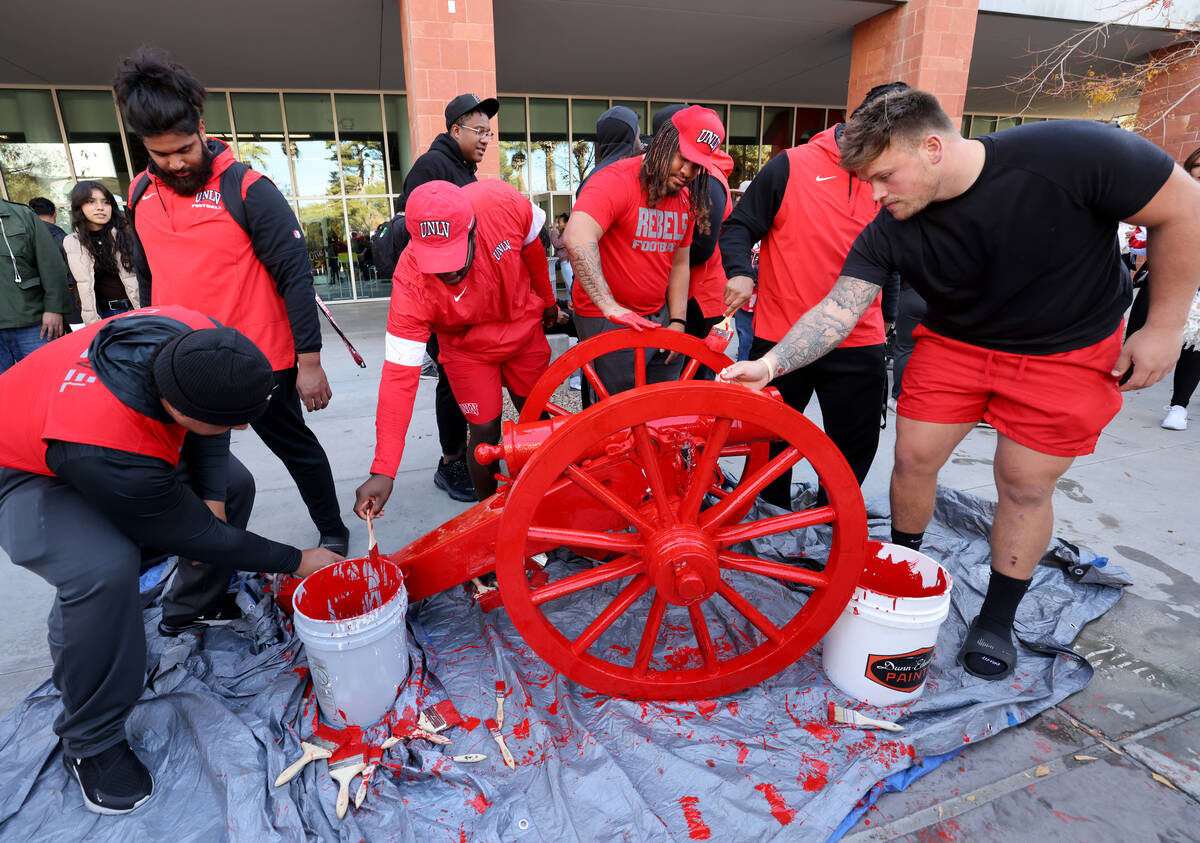 Monday was a weird, at times awkward day for UNLV’s football team. Hours before the Rebels assembled to paint the newly won Fremont Cannon — their prize for beating UNR 27-22 Saturday — they found out coach Marcus Arroyo had been fired.

“Today’s supposed to be all about celebration, winning the cannon and stuff like that,” junior center Leif Fautanu said. “It really hit us. It was a blindside, really. We weren’t expecting that kind of news on a morning like this.”

Despite winning the Battle for the Fremont Cannon for the first time since 2019, Arroyo’s fate was sealed by the catastrophic six-game losing streak which turned UNLV’s 4-1 start into a 5-7 finish. Arroyo’s teams went 7-23 during his three seasons in Las Vegas, the second-worst winning percentage in UNLV program history.

Many of UNLV’s players defended their former coach and were disappointed to see him leave. Kicker Daniel Gutierrez estimated he’s had around 30 coaches throughout his life in both football and soccer, but called Arroyo one of his favorites.

Gutierrez said Arroyo instilled a deeper sense of confidence in him. The Rebels’ all-time leader in made field goals said he never would have achieved his records without Arroyo’s support.

Junior running back Aidan Robbins, who transferred to UNLV from Louisville before this season, agreed with Gutierrez.

“I’m just grateful to him for giving me the opportunity,” Robbins said. “He saw the potential in me and my abilities when a lot of people didn’t.”

Fautanu said he felt the team had taken substantial steps forward since Arroyo’s arrival during the COVID-19 pandemic. He felt most of the Rebels’ shortcomings this season were caused by injuries to key players during the team’s roughest stretch of the season.

The players knew something big likely was happening when they received a message to come in early for a meeting. UNLV Athletic Director Erick Harper then broke the news before Arroyo gave an “emotional” address to the team.

Arroyo’s departure puts many of the players in a difficult position. While Ajiake and Gutierrez have exhausted their eligibility, they have empathy for players now in that situation.

They said the uncertainty, which they experienced when Tony Sanchez was fired in 2019, is the worst part of the transition, especially for players who are trying to decide whether to remain at UNLV.

Gutierrez remembers it as an emotional experience. He’s tried to tell some of the younger players to be patient and to not rush into any decisions while they’re still frustrated.

Fautanu said the cannon-painting celebration was a good distraction from Arroyo’s firing. Ajiake added that he felt it was important to still enjoy the tradition.

The gathering at the Valerie Pida Plaza in front of the Student Union was certainly energetic, with members of the spirit squad and students helping paint the cannon red. Players seemed upbeat for the most part, highlighted by injured defensive lineman Naki Fahina’s attempts to place a red hand print on junior wide receiver Kyle Williams’ shirt.

“I’m just super thankful I got to spend the past three years with him,” Ajiake said.