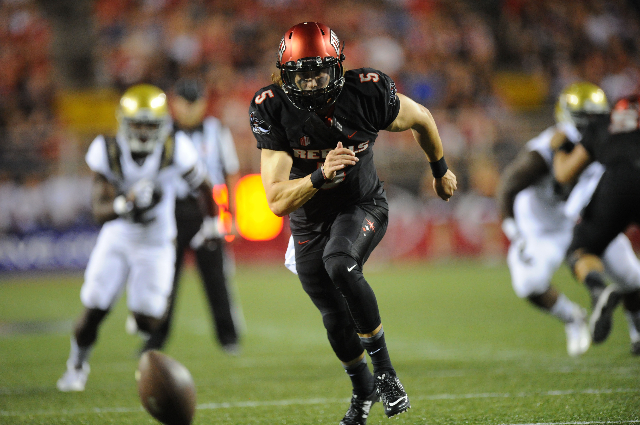 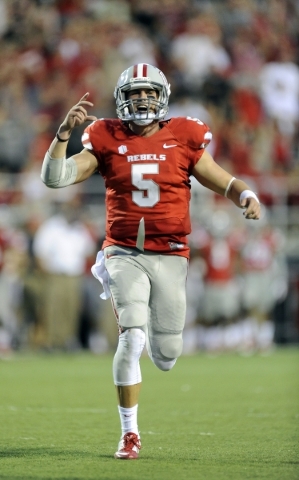 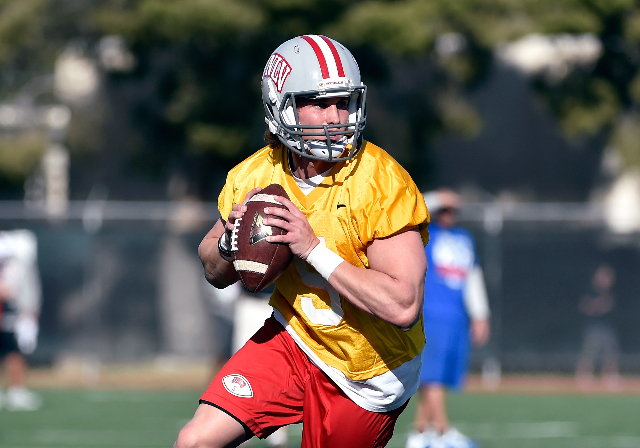 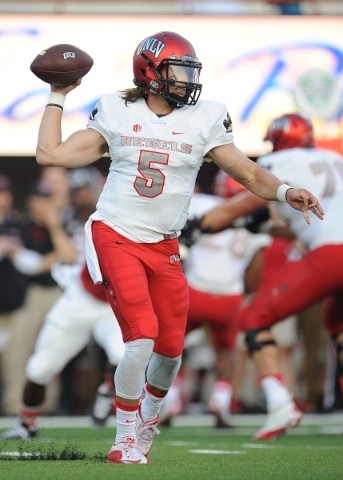 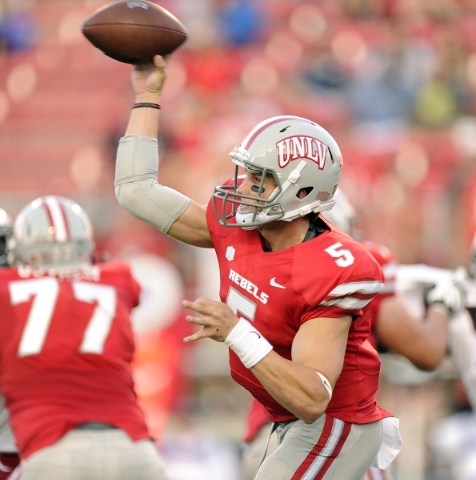 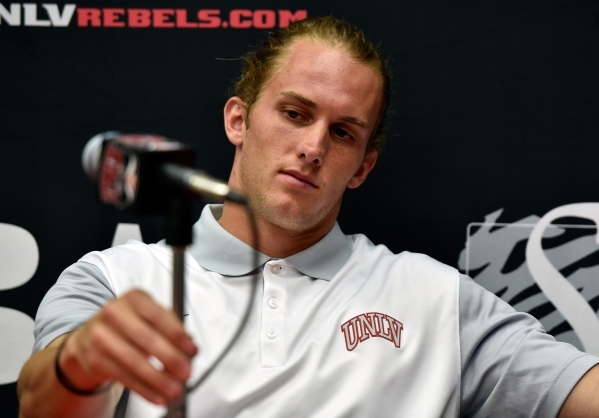 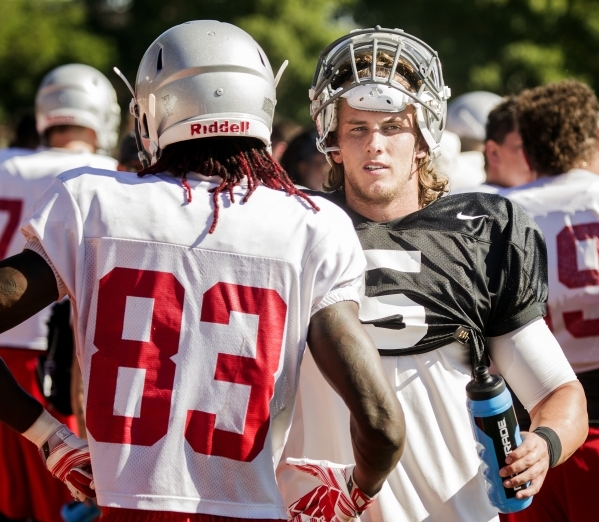 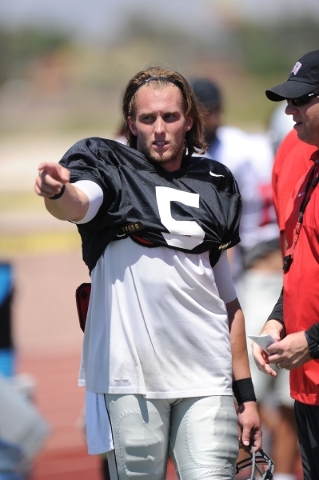 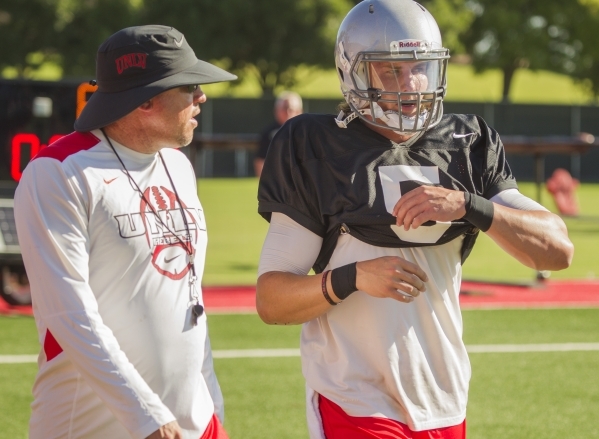 UNLV senior quarterback Blake Decker is listed as day to day with a hamstring injury, the school announced today.

Decker was injured on the final play of the first quarter of the Rebels’ 37-3 loss to UCLA, now ranked 10th, on Saturday at Sam Boyd Stadium.

Sophomore Kurt Palandech moves to the top of the depth chart as the Rebels prepare to play at Michigan at 9 a.m. PDT Saturday. Freshman Dalton Sneed is No. 2, though coaches would prefer to redshirt him.

Decker appeared to injure his right hamstring when he pulled up on a running play against the Bruins. He was 2-of-6 passing for 52 yards, and had 19 yards on four carries.

Palandech struggled in relief of Decker, completing just 4 of 15 passes for 4 yards, having an interception returned for a touchdown and losing a fumble.

Coaches could consider starting Palandech to give Decker an extra week to get healthy when the schedule eases and UNLV (0-2) has better opportunities to win. Palandech is a good runner, so UNLV could tweak the offense to take advantage of that athleticism.

Sneed’s redshirt probably will only be pulled if it’s determined Decker will be out for several weeks.