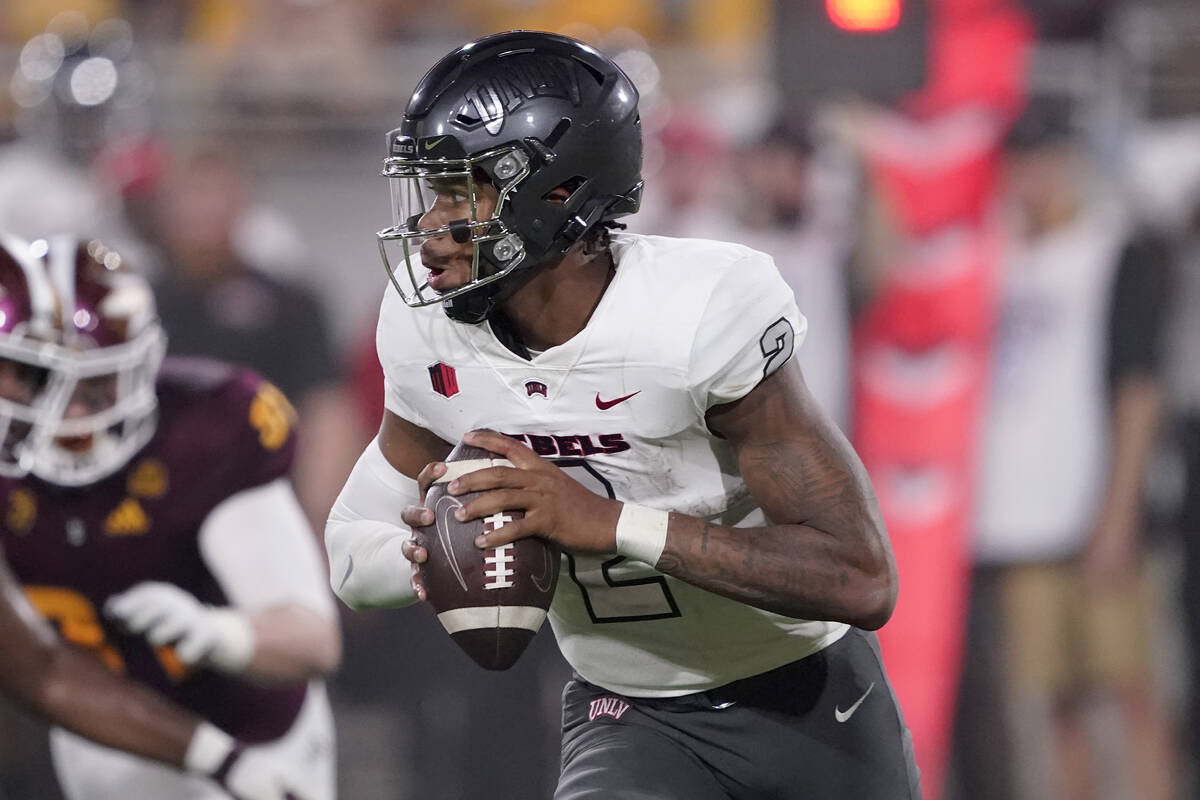 Brumfield started Saturday at Arizona State and led two scoring drives in the first half before leaving the game in the third quarter after taking a vicious hit while throwing a pass. He did not return to Las Vegas with the team after the 37-10 loss, Arroyo said, staying overnight in the Phoenix area for observation.

There was initial concern that Brumfield had a concussion, according to people close to the quarterback. But that fear has been quelled.

“We hope to see him progress tomorrow,” Arroyo said.

Brumfield was 6 of 14 passing on Saturday for 60 yards to go with eight carries for 43 yards and a diving touchdown run. He guided two drives of 10 plays or more and had helped the Rebels hang with the Sun Devils en route to a 14-10 halftime deficit. But he absorbed a lot of punishment by attempting to run through tackles instead of sliding.

“We talk about it actually a lot. You’ve got to get guys to understand, especially when they’re young, No. 1, the speed of the game is a little different,” Arroyo said of instructing his quarterbacks to slide. “Taller guys, longer guys, angular guys have to learn to get down because they’re larger targets.”

Brumfield has the rest of the week to recover before the Rebels play No. 14 Iowa State on Saturday at Allegiant Stadium.

“When he’s out there, the ball is moving. He’s a factor,” Arroyo said of Brumfield. “Excited to see him generate that type of execution and energy for us.”