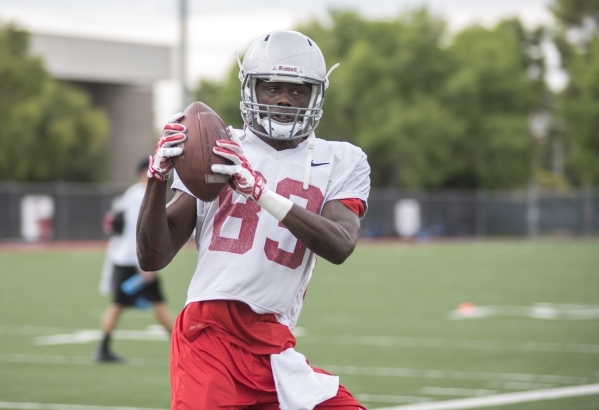 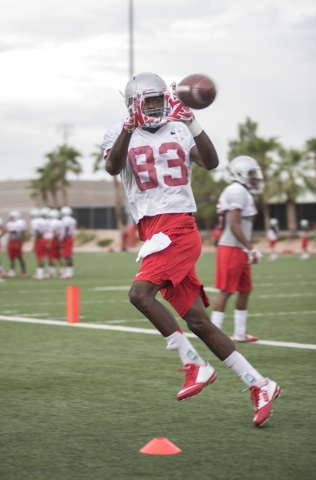 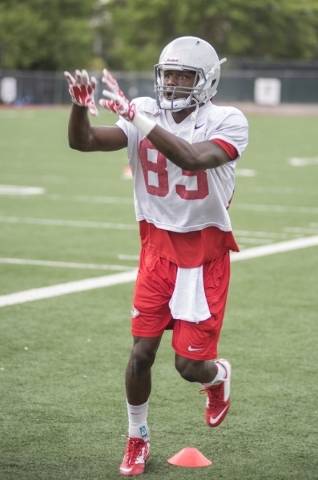 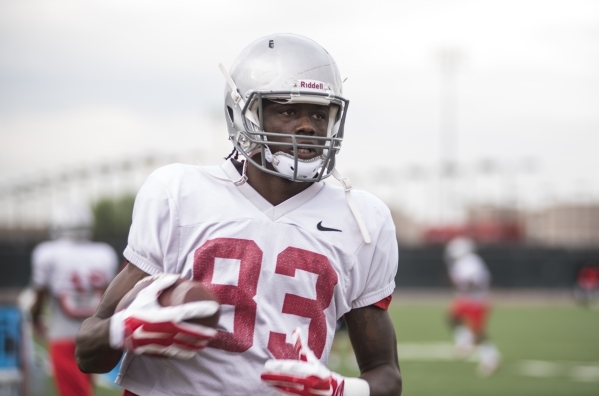 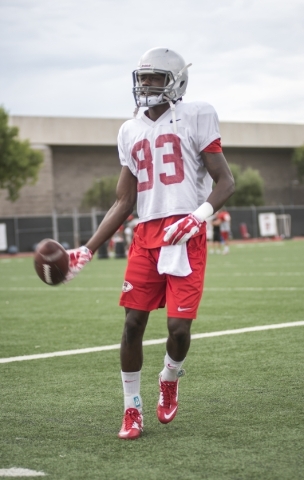 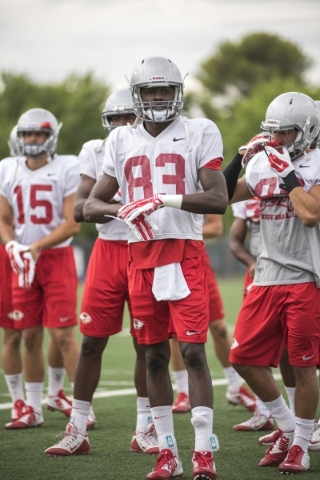 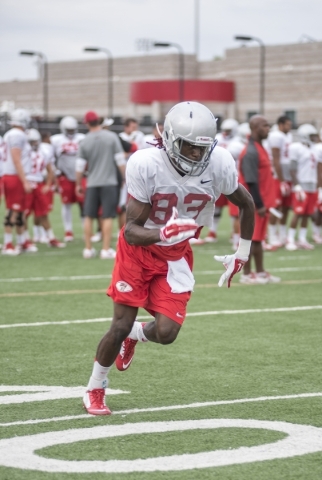 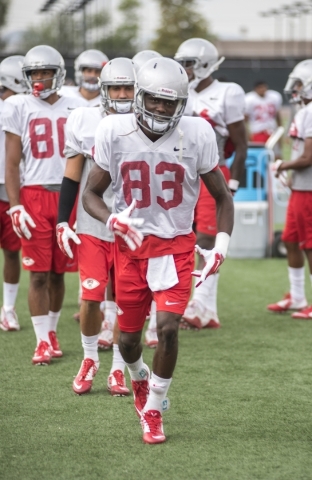 UNLV didn’t have much to celebrate last season while going 2-11, but plenty of honors went wide receiver Devonte Boyd’s way.

The Basic High School graduate was named the Mountain West Freshman of the Year. He also was selected to the Freshman All-America Team by the Football Writers Association of America.

So the future looks bright for Boyd (6 feet 1 inch, 175 pounds) as he enters the season, which begins Sept. 5 at Northern Illinois.

Those on the team, including Boyd, spoke about what makes him so effective.

“Last year, he weighed 165 (pounds), and I didn’t know if he’d finish the year. We were so worried about his weight. He did not miss a (repetition) of practice and played every game last year. He does have a knack for avoiding contact. He’s tough for his size, too, very tough.

“I’ve seen (since the end of last season) him get really dedicated in the weight room, understanding he’s got to take care of his body. Last year, he didn’t understand it. As a freshman, he was playing 80 plays a game. You could tell at the end of the year, he was ready for it to be over with, but this year he’s taking full advantage.

“He’s hydrating a lot better, the nutrition (is improved), and he’s in the weight room (more often).

“Based on accomplishments alone, (teammates) look to him. Obviously, he’s got a lot of accolades, but at the same time, we’ve also got to remember he’s only a sophomore. So he still has stuff to learn, which is a good thing. He really respects (seniors) Anthony (Williams) and Aaron (Criswell) a lot.”

“He’s one of those kids you watch on film, you get him the ball and he breaks tackles that he shouldn’t break. He slips through things that he shouldn’t slip through. It’s funny, we’d watch film last year, and Coach (Timm) Rosenbach (then offensive coordinator) would be like, ‘That’s a slippery dude.’

“He slips off of tackles. He finds a way to get open. He’s just that guy that he’s got an instinct for the game. He gets into spots that maybe he shouldn’t be, but it’s a good spot to be. When it comes down to it, he’s a playmaker.

“I think (lack of size) is part of his game, honestly. If you look at Devante Davis (last season), he was forearming people, he was stiff-arming people, he was bodying them. That’s not Devonte Boyd’s game. He’s a different style receiver. If he put on a bigger frame and added a little more size, he could transition to that, but that’s not really the style that he plays.”

“The biggest thing with him is to be consistent every single day. He’s a very, very talented young man. He’s got a bright future ahead of him.

“He’s got a lot of help this year. A lot of guys, I think, are going to step up. Having (Criswell) back on the field is a big deal. (Williams) is always a steady Eddie. And the thing with (Kendal) Keys healthy, a big as he is (6-4, 200), it causes some matchup issues with people. And you’ve got Boyd you’ve got to worry about, so I expect him to have a really big year. It’s going to be hard for people to just focus on him.

“(The experience last season was) huge. The college game is a faster-paced game. Becoming a more intelligent football player, understanding down and distances, being able to read coverages presnap, postsnap, he’s going to be better at that because he’s done it for an entire season.”

“The guys on the other side, if they weigh more than me, I know I can beat them with speed, and I have to be more slippery so they can’t get ahold of me if I can’t overpower them. But I want to overpower them.

“My whole life, people always underestimated me, especially playing football and being skinny. Everybody says you’ve got to be big to play football.