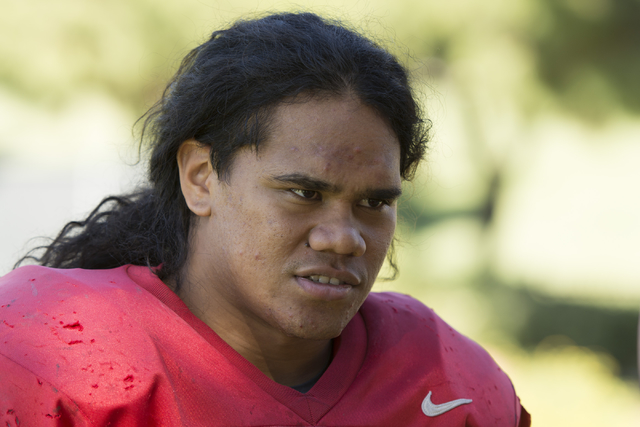 Lotulelei, who had seven tackles, including 1½ for loss, forced a fumble late in the fourth quarter to set up a game-winning 28-yard field goal by Evan Pantels. The Maui High School product chased down Rainbow Warrior quarterback Dru Brown from behind after he ran for a first down at the UNLV 47-yard line and popped the ball loose. Rebels cornerback Darius Mouton recovered the fumble and UNLV (3-4, 2-1 MW) then drove down the field for its first win in Hawaii since 2000.

Lotulelei, an all-conference candidate who leads the team with 61 tackles through seven games, is only the second Rebel since 2012 to earn a MW defensive honor, joining fellow starting linebacker Ryan McAleenan, who won the same award last season.