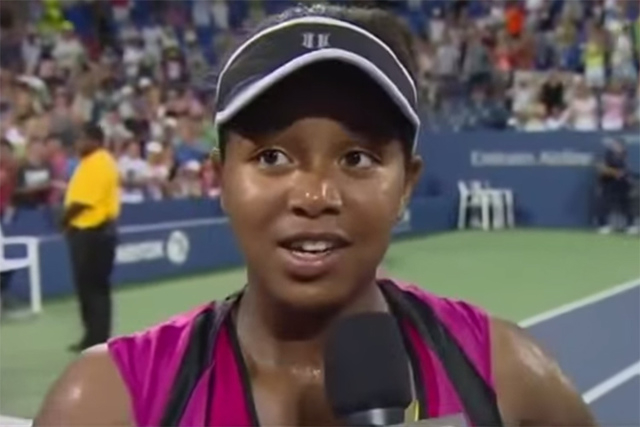 LONDON — Victoria Duval, an 18-year-old American tennis player, has been diagnosed with Hodgkin’s lymphoma but expects to make a full recovery within months after undergoing treatment for the cancer.

Duval, who lost in the second round at Wimbledon last week, was diagnosed after a biopsy was taken in England before Wimbledon and further tests in the United States confirmed the results, her management team said Friday.

“It is with a heavy heart that I will have to step away from tennis competition for a short period after being diagnosed with Hodgkin’s lymphoma,” Duval said in the statement.

The statement said Hodgkin’s, the most common form of cancer in adolescents, “was caught in a very early stage.”

“(She) will undergo treatment right away and due to her overall good health and isolation of the cancer, the prognosis is a full recovery in a few months,” the statement said.

Treatment for Hodgkin’s lymphoma, a cancer of the white blood cells, has a high rate of success among young people.

It’s the latest challenge for Duval and her family: as a child, she was kidnapped in her parents’ home country of Haiti. And her father was trapped for days in the rubble of his house there after a devastating 2010 earthquake.

Duval reached the second round of the U.S. Open last year, beating 2011 champion Sam Stosur in the first round. As a qualifier in the main draw last week at Wimbledon, she lost in the second round to Belinda Bencic of Switzerland.

Duval said she received the news after the first round of qualifying at Wimbledon, but decided to continue playing. She beat 29th-seeded Sorana Cirstea of Romania 6-4, 3-6, 6-1 in the first round.

“Being on court provided me with much comfort,” she said. “I have complete faith that God will assist me and my family with all that we need, to achieve victory and become stronger from this journey. I picture myself healthy, stronger and competing again soon.”

Billie Jean King said in a tweet that Duval “is a fighter and she will approach this new challenge with a plan and a conviction to win. Thoughts go out to her & family.”

The Philadelphia Freedoms confirmed Duval would miss the World Team Tennis season beginning in July. Players plan to support Duval by wearing a special patch with her initials.

Based in Bradenton, Florida, Duval was born in in the U.S. but grew up Haiti. She has said that when she was 7, she and some cousins were taken hostage there by robbers.

“It’s not a good memory, so I’ve tried to forget as much as I could about it,” Duval said at last year’s U.S. Open when the subject was raised after her win over Stosur. “I don’t remember too much of it anymore, which is great.”

In 2010, when Haiti was rocked by an earthquake, her father was badly injured in the rubble.

“There’s a lot to be thankful for. I don’t take anything for granted. … My Dad is really fortunate to be here,” she told the U.S. Open crowd last year during an on-court interview.

Other tennis players have had recent successful returns from Hodgkin’s lymphoma.

At this year’s Australian Open, British player Ross Hutchins returned to the tour after almost a year-long layoff and several months of chemotherapy. Alisa Kleybanova of Russia came back at the 2013 U.S. Open after missing nearly two seasons because of the illness.

Hutchins, a doubles player, and Kleybanova, in singles and doubles, both played at Wimbledon this year.