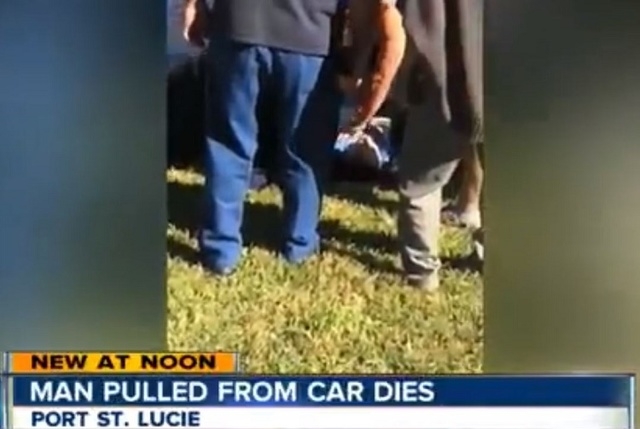 PORT ST. LUCIE, Fla. — Police say a 92-year-old man who drove his car into a lake near his home has died.

Officials say Salvatore Mancuso died Friday at a Port St. Lucie hospital, two days after he crashed his car into a lake less than a half-mile from his home. Three Good Samaritans jumped into the lake and worked to rescue Mancuso. They pulled him to shore and gave him CPR until rescue units arrived and took him to the hospital.

It was about 1 p.m. on Wednesday when Mancuso’s silver Lincoln went over the median, skipped a curb and landed in the lake. Two men saw the crash from a restaurant and ran to help. Another man who was walking by joined them.

An autopsy will be conducted to determine the cause of death.