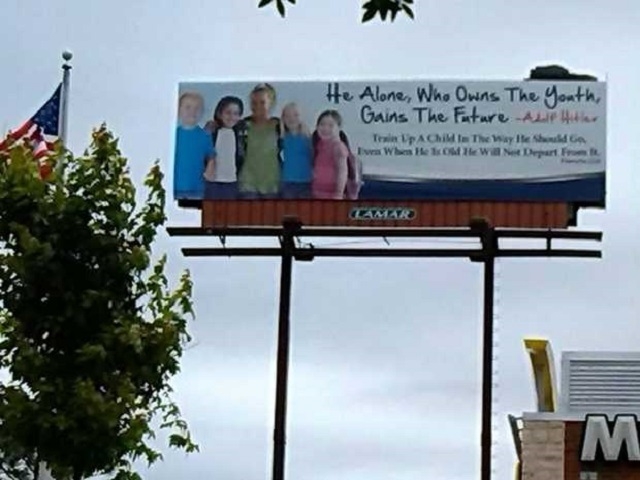 A Life Savers Ministries billboard in Alabama was taken down after causing an uproar with an Adolf Hitler quote. (Gawker)

An Alabama church got some unwanted attention over the weekend after quoting Adolf Hitler on a billboard.

The billboard for Life Savers Ministries of Opelika, Ala., featured five happy kids and the quote, “He alone, who owns the youth, gains the future” — as well as attribution to Hitler.

The church said no offense was meant and that the billboard was taken down on Tuesday, according to Gawker.