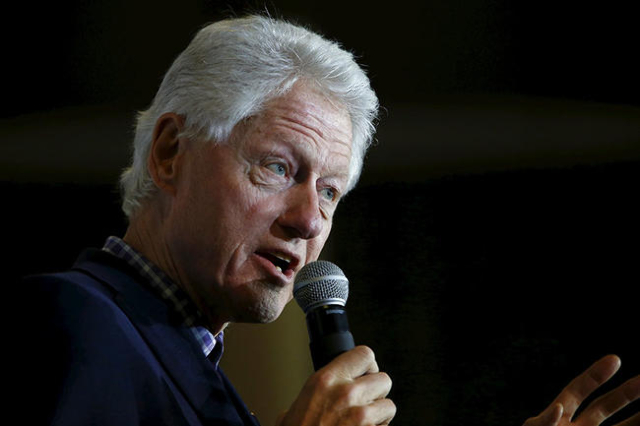 Clinton will visit Advanced Technologies Academy in Las Vegas at 7:15 p.m. Thursday, outlining why Hillary Clinton is “the best choice in 2016,” the campaign said

Hillary Clinton rose to national prominence as the first lady during Bill Clinton’s two terms in the White House. She went on to become a U.S. senator representing New York and later was secretary of state under President Barack Obama.

She’s one of three contenders vying for the Democratic nomination; she faces challenges from U.S. Sen. Bernie Sanders, an independent senator from Vermont, and former Maryland Gov. Martin O’Malley.

At 1 p.m. Thursday, billionaire businessman and GOP front-runner Donald Trump will be at South Point. For tickets, visit https://www.eventbrite.com/e/donald-j-trump-in-las-vegas-nv-tickets-20790823914. Doors open at 11 a.m.