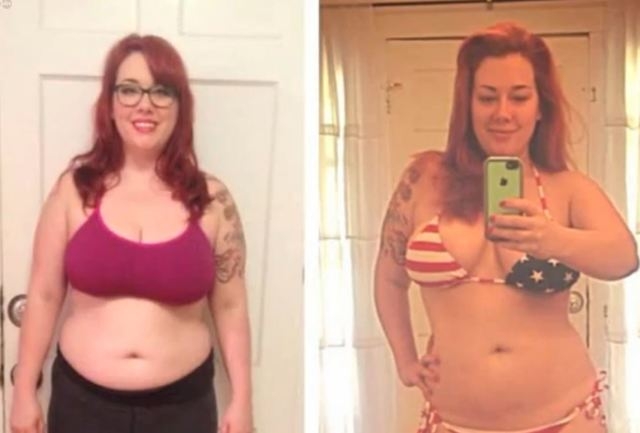 Ruby Rage plans to keep performing on stage despite the negative experience, now with a new platform against body shaming in burlesque. (Screengrab, WGNO)

Burlesque dancers bare their bodies and they’ve got to have the self-confidence and pride to rule the stage so when one New Orleans dancer was let go recently she didn’t take it lightly. Instead, she’s using the publicity to speak out against body shaming in burlesque.

“I’ve been doing burlesque in New Orleans for five, six years.” For the last year, Ruby Rage has been part of The Blue Book show, led by Bella Blue at Lucky Pierre’s on Bourbon Street. “I’ve never had any negative feedback at all whatsoever from Bella or the venue.”

So when she was told she was no longer welcome to perform there she was shocked. Then she learned why. “Bella proceeded to tell me that there had been changes in upper management and she was dealing with a crew with several men that had a certain viewpoint of what a body type should be in a burlesque show,” says Rage.

She didn’t fit the bill, so Bella Blue could no longer book her at the club. No one from Lucky Pierre’s ever spoke to her directly and she hasn’t reached out to management, but what is clear is that Ruby Rage has been seriously underestimated.

“I have had this happen before, I have been told ‘Oh sorry, you can’t do a gig because of your weight’ you know it’s one of those things, you show up to an interview, you interview for a spot and you don’t get it, no big deal. It’s not about me losing the job, it’s not about me losing the gig, it’s about someone saying I’m too big to do burlesque, I don’t fit a certain body image to do burlesque and that is wrong. Burlesque is accepting of men, women, different genders, transgendered, it does not matter.”

It’s taken even more courage than ever before to come forward with her story, but the response has been overwhelming.

“The amount of women that have reached out to me and have told me like ‘you’re my hero’ it hit close to home for a lot of people and in my own community here in New Orleans a lot of people have supported me. Bella Blue has decided to pull the show from Lucky Pierre’s after a lot of the attention. I know a lot of people who work at Lucky Pierre’s have gotten backlash from this and it’s unnecessary for employees that still work there to get harassed. I feel that if anyone wants to work there they should, I just wanted to make it known that this happened to me and it wasn’t right.”

Ruby Rage plans to keep performing on stage despite the negative experience, now with a new platform against body shaming in burlesque.

“You gotta just keep going and you got to use whatever happens to you as inspiration for something better that’s going to come,” she says.

Lucky Pierre’s has responded to the situation on their Facebook page but did not respond to our attempts to contact them.

Ruby Rage has teamed up once again with Bella Blue for a new project that will focus on body positivity. The first show will be at The Howlin’ Wolf Friday March 13, 2015, the second will be March 28, 2015. More information can be found at http://www.thebellalounge.com.