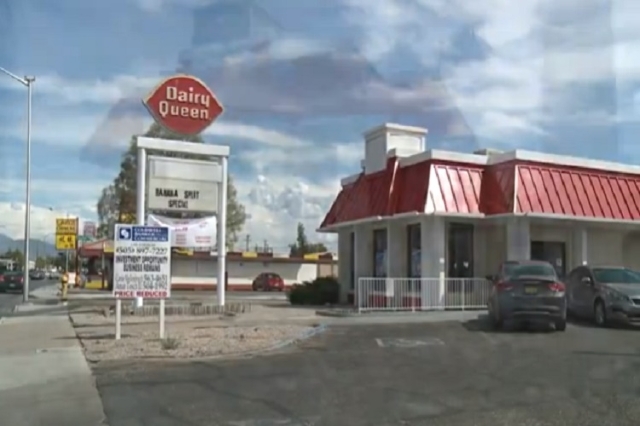 A pregnant woman claimed she was assaulted by staff at an Albuquerque, N.M., Dairy Queen restaurant after she ordered a Blizzard from the drive-thru.

During their drive from California to Illinois, Angelika Coakley-Vargas and her fiance stopped at a New Mexico Dairy Queen after she had a craving for chocolate ice cream, KRQE reported.

Coakley-Vargas placed an order for a Georgia Mud Slide Blizzard at the drive-thru, but she said she received “some vanilla concoction [that] wasn’t even chocolate.”

Her fiance took the Blizzard inside the restaurant to have it corrected. When he returned with additional pumps of extra hot fudge, Coakley-Vargas went into the restaurant herself. She asked the staff to remake the entire dessert, but they refused, according to court documents.

As she was walking out of the restaurant, Coakley-Vargas said she could hear one of the workers yelling expletives at her. That’s when, according to a police report, witnesses saw the worker, Takisha Archuleta, chase after Coakley-Vargas and attack her outside.

After the women were separated, Coakley-Vargas ran to her vehicle and called police.

In a police report, Archuleta told police she only followed Coakley-Vargas out of the restaurant to inform her she was no longer welcome at the business. She stated that in the process of trying to inform her, Coakley-Vargas put her in a headlock. Witness accounts contradicted her statement and the officer wrote in his report that he would be issuing Archuleta a criminal summons for battery.

According to court records, in 2011, Archuletta had a public affray charge against her that was dismissed by prosecutors.

Coakley-Vargas has filed a lawsuit against the employees, the Dairy Queen restaurant and the Dairy Queen corporation. Dean Peters, Dairy Queen spokesperson, said the fast food chain has yet to be served with the lawsuit.