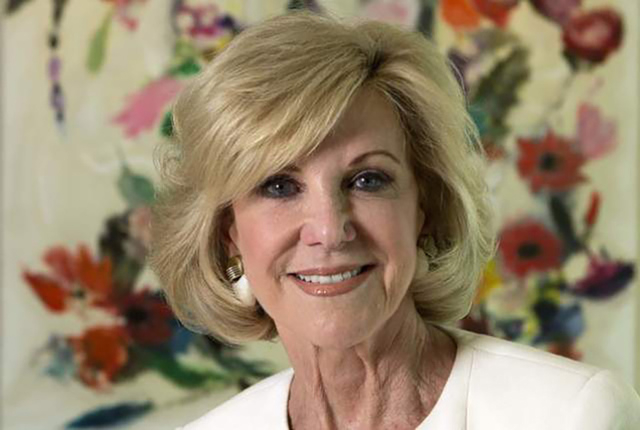 While Wynn Resorts Chairman and CEO Steve Wynn spent Thursday wowing shareholders with his big plans for the company, ex-wife and former board member Elaine Wynn this week was busy sending more legal shots across the bow of the gaming giant.

The company’s fortunes have risen and fallen on the health of the Macau gaming market. In the late run-up to Thursday’s annual shareholder meeting, Steve Wynn increased his stake in the company by purchasing 73,000 shares. Analysts continue to react to buzz that the “worst may be over for Macau,” as Investor’s Business Daily put it.

Meanwhile, attorneys for Elaine Wynn, the president of the State Board of Education, have filed more documents that shine a critical light on the presence of Dr. Ray Irani, the former Occidental Petroleum CEO, on the board of the casino company. The final years of Irani’s tenure at the oil and gas corporation were riddled with criticism about his high pay. In unredacted portions of depositions in Elaine Wynn’s ongoing civil case, in which she’s attempting to regain voting control over her substantial shares of Wynn Resorts, Irani appeared to suffer from substantial memory loss during questions related to his vote to oust her from the board.

It may make the lawyers wonder if the doc needs to see a doc.

T-MOBILE CHEERS: The new T-Mobile Arena is generating big props in the national sports media, which continue to prominently mention its potential as home ice for a National Hockey League team. It’s great hype, but it’s no guarantee Las Vegas will be added to the league’s lineup.

As the RJ’s Steve Carp reported Monday, the NHL Awards Show is set for June 22 at The Joint inside the Hard Rock Hotel.

KING KOBE: The 20-year career of retired Los Angeles Lakers star Kobe Bryant was filled with many great moments, and his performance in the 2007 NBA All-Star Game in Las Vegas was surely one of them. He scored 31 points and added six assists and six steals on his way to being named the game’s Most Valuable Player.

It’s a reminder that Las Vegas can stand out in the sports world even without its own pro franchise.

VICTIMS’ RIGHTS: Yes, they have rights, too. So this week purple lights flashed on the “Welcome to Fabulous Las Vegas” sign in recognition of National Crime Victims’ Rights Week.

It was a thoughtful gesture, and in a press statement County Commissioner Mary Beth Scow and others reminded us that more than 90,000 Nevadans were victims of serious crimes in 2014.

What would be more thoughtful, however, would be a comprehensive effort — backed by sufficient funding — to ensure local law enforcement is outfitted with rape kits and the capability of analyzing them as rapidly as possible. Metro’s crime lab has experienced considerable challenges.

It’s time to remember that “justice delayed is justice denied” also applies to the victims of crime.

FOUR DECADES: Christopher Hudgins, UNLV’s dean of the College of Liberal Arts, is a scholar, author, photographer and 12-string guitar player. He’s also closing out his 40th year as a teacher, administrator and authority on playwrights David Mamet and Harold Pinter.

An amazing run — and always finely tuned and in perfect pitch.

RUSSO’S ‘OUTFIT’: Author Gus Russo is a foremost authority on the history of the Chicago mob. He’s scheduled to speak at 7 p.m. Tuesday at the Mob Museum. (Information: 702-229-2734 or info@themobmuseum.org.) It’s sure to be a hit.

But, you know, without all the blood and gore.

No word yet on whether America’s famous dealmaker gets a slice of the pie.

JAPANESE EDITION: Donald Trump fanatic and right-wing marketing maven Wayne Allyn Root tells me his latest best-selling business book, “The Power of Relentless,” has just been released in a Japanese edition as “The Indomitable Art of Success.”

He declined to say whether that’s the best language to read it in.

ON THE BOULEVARD: Best-selling novelist Walter Kirn led a group of authors and writers Tuesday evening at Chow and the Writer’s Block on Fremont Street for a Black Mountain Institute book club event. I remember when the only guys with books on Fremont Street were Mel Exber, Jackie Gaughan and Vic Salerno.