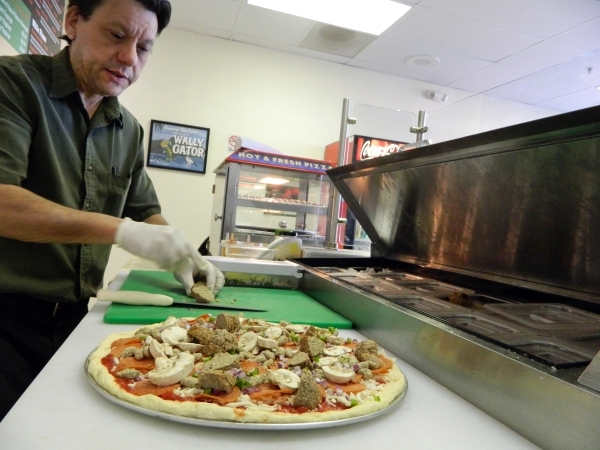 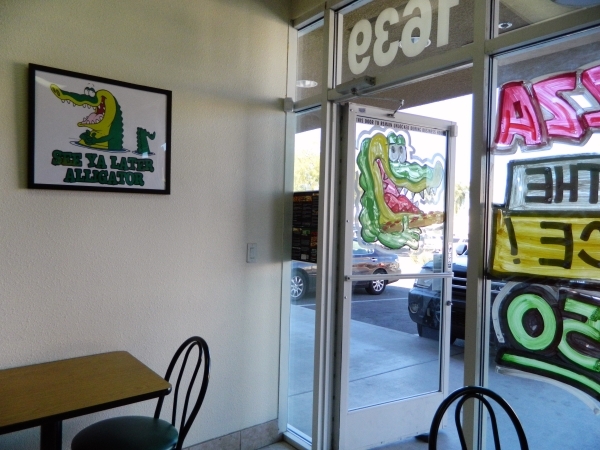 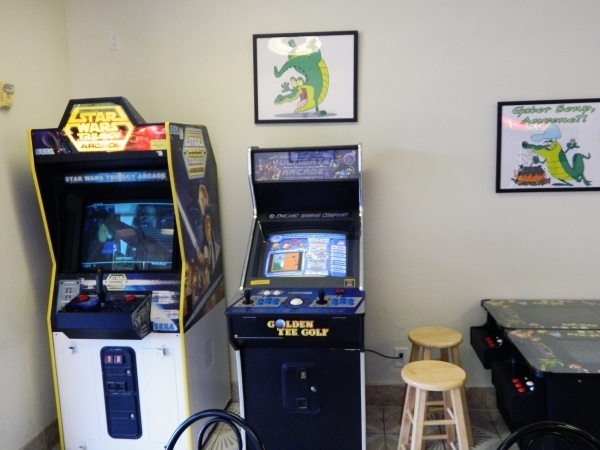 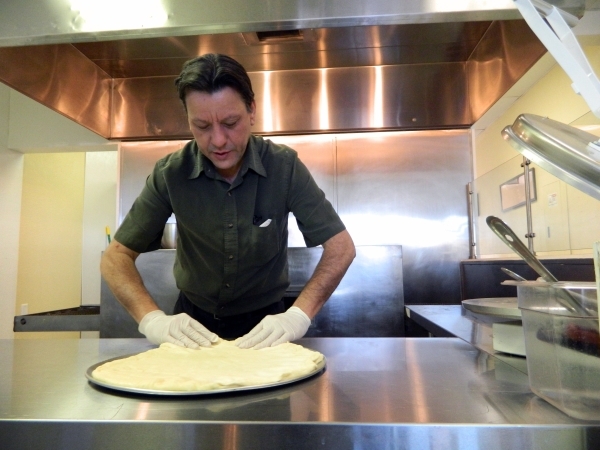 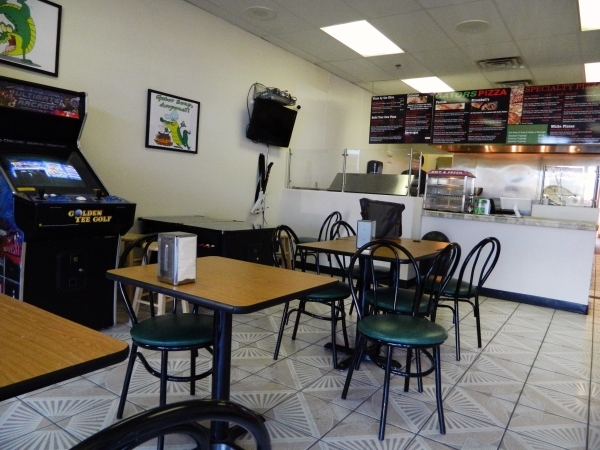 Free vintage arcade games and pizza by the slice are available at Gators Pizza, 1639 W. Warm Springs Road, where owner Alfredo Calderon wants to create a safe place for area youths to hang out. (Cassandra Keenan/View) 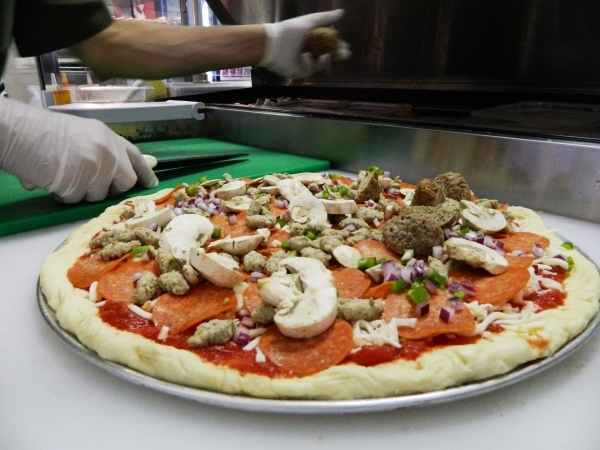 Offering pizza by the slice and free arcade games, Alfredo Calderon wants to create a hot spot for local youths.

Calderon, owner of the recently opened Gators Pizza, 1639 W. Warm Springs Road, said he is catering in large part to students at Green Valley High School, 460 N. Arroyo Grande Blvd., which is less than a quarter of a mile away, and local recreation and youth sports sites.

“One of the main reasons I wanted to open a pizzeria near the school is because I am a single father, and my three children attended Green Valley High School,” the 55-year-old Henderson resident said. “My kids were always complaining that after school, they didn’t have a place to eat or hang out, so I decided to create a fun, safe environment for the kids.”

“That’s 100 percent true,” said Calderon’s son, Nicholas, 22, who is working at the pizzeria full time while studying business at the College of Southern Nevada. “I was always hungry when I got out of school, and I didn’t have anybody at home who made food, and I didn’t have any place to hang out.”

The arcade games are vintage, including “Centipede,” “Pac-Man,” “Asteroids” and “Space Invaders.” The titles are on six machines, some of which offer a wide variety of game choices. Also, an Xbox 360 console is hooked up to a mounted flat-screen TV, offering “Guitar Hero” and “Halo 3.”

Calderon said he also wants to add Wii and PlayStation consoles. In fact, he said his goal is to expand into an adjacent 1,000-square-foot space, for which he has first right of refusal. The space would be dedicated to additional dining tables and more games.

“I’m going to put in an air hockey table, a pool table, maybe a dart board and a dancing pad — a bunch of games,” Calderon said. “Everything is going to be free.”

To bolster business, Calderon said he has established a relationship with the Arroyo Grande Sports Complex, 298 N. Arroyo Grande Blvd., and the Stephanie Lynn Craig Softball Complex, 1725 Galleria Drive, where his pizza is resold at concession stands. He said he has a similar relationship with the high school, where proceeds from the resold pizzas at sporting events help raise funds for the school.

Owning an eatery is a new experience for Calderon, he said. He worked at two Godfather’s Pizza sites in Mexico City in the 1970s. After moving to the U.S. in 1983, he worked at a Mexican restaurant in Bay Lake, Fla., then transitioned into a computer-related career — for which he studied in Mexico City — working in Internet technology in Orlando, Fla., and later in Colorado Springs, Colo. He moved to the Las Vegas area in 1994 to work in IT at the MGM Mirage until 2012.

Calderon said he left the corporate world behind to pursue his own business.

“I wanted to be able to build something for my family on my own — to build a family-owned business and provide my family with a legacy,” he said.