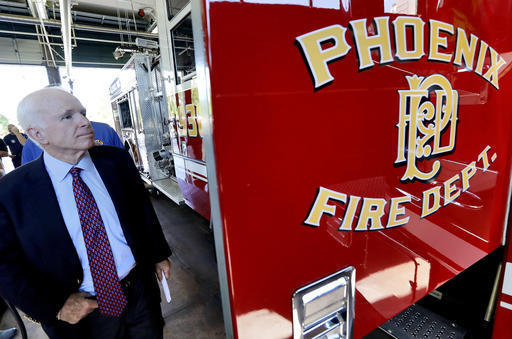 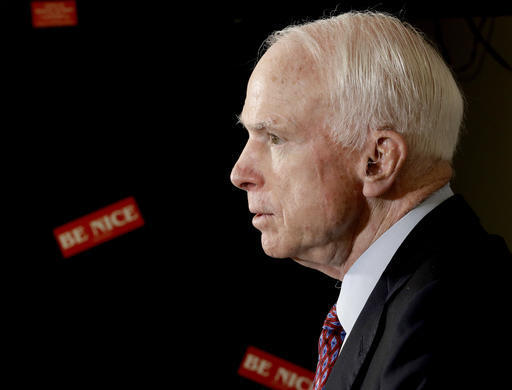 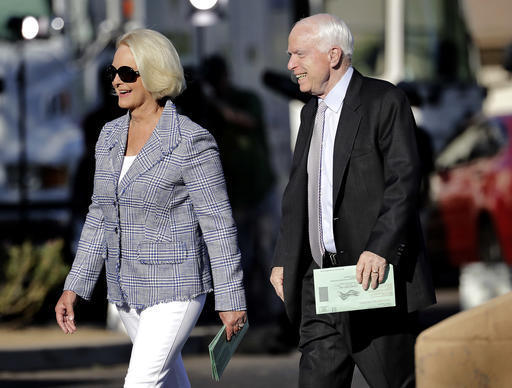 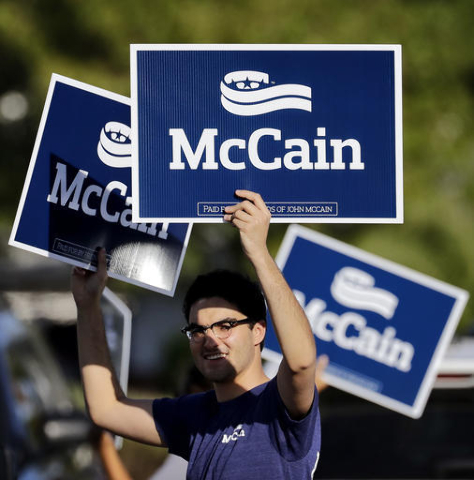 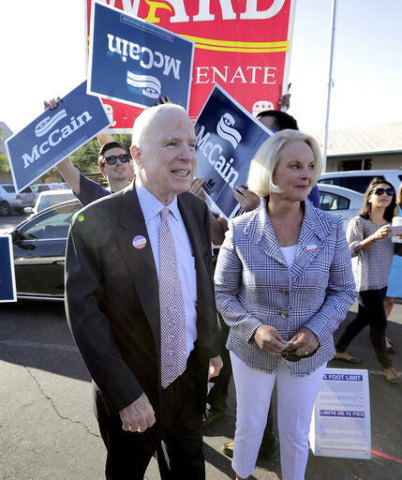 PHOENIX — In a year of political outsiders, two of the most prominent and longest-serving Arizona Republicans bucked the trend and easily beat back primary challenges.

Sen. John McCain defeated a populist challenger on the right by more than 10 percentage points. And longtime lawman Joe Arpaio, the sheriff of metro Phoenix who became famous for immigration crackdowns and forcing inmates to wear pink underwear, garnered 66 percent of the vote while trouncing three opponents on Tuesday.

McCain, 80, and Arpaio, 84, will face tough challenges from Democrats in November.

McCain was not only dogged by a primary opponent who called him a failed, career politician unfit to serve, he also was inundated with questions about GOP presidential candidate Donald Trump.

Trump had attacked many issues dear to the Arizona senator, including the family of a fallen soldier, NATO and even McCain’s own military service and time as a prisoner of war in Vietnam. His insurgent, outsider message has constantly been at odds with McCain, the party’s 2008 White House nominee.

Yet McCain stuck by his support for Trump, at times seemingly through gritted teeth. He repeatedly avoided calling Trump by name, instead saying he’ll support his party’s nominee.

Trump is set to roll out his much-anticipated immigration plan Wednesday in McCain’s backyard in Phoenix, with Republican Gov. Doug Ducey making his first appearance with the GOP nominee. Ducey, like McCain, has said he supports his party’s nominee but avoided Trump in his previous four campaign stops in Arizona.

There’s no word if McCain will appear at the event.

Arpaio won the Republican primary despite a cloud of legal troubles hanging over him. He trounced his three opponents after raising $11.3 million — a staggering sum for a sheriff’s race. He will face retired Phoenix police Officer Paul Penzone, the same opponent who took on Arpaio in 2012.

Arpaio also plans to appear with Trump Wednesday, as he has throughout the billionaire businessman’s campaign.

All nine U.S. House seats in the state were also on the primary ballot, though just a few are tight races.

A heavily GOP district in the eastern Phoenix suburbs, for instance, featured a four-way race among Republicans who want to replace retiring Rep. Matt Salmon. Former dot-com executive Christine Jones had a narrow lead over Senate President Andy Biggs in a race that was too close to call.

“Enough of these same old career politicians in Washington,” Jones told a jubilant crowd of supporters as results were being tallied.

If she wins, Jones’ victory will be a blow to Salmon, a member of the Congressional Freedom Caucus who chose Biggs as his replacement. The winner of the GOP primary is almost assured a general election victory in the heavily Republican district.

Babeu was attacked by one of his opponent for the “baggage” he would hand to a Democratic opponent in the general election. He was forced to publicly acknowledge being gay and drop a congressional bid in 2012 after pictures surfaced of him in his underwear that he had posted on a dating website and allegations that he threatened a former lover.

Babeu called his victory “historic” and said it showed that while Republicans are often portrayed as intolerant, they were willing to look past his sexual orientation.

“I want to be judged on my merit, on my performance and my contributions to my community and my nation,” he said.

And Rep. Paul Gosar won his primary in a heavily Republican district that stretches from Phoenix suburbs to the California border.

Two Democrats battled for the right to take on first-term GOP Rep. Martha McSally in the district once held by Democratic Rep. Gabby Giffords, who was shot in the head in 2011 and resigned a year later. Tucson physician and former state lawmaker Matt Heinz topped former state Rep. Victoria Steele.