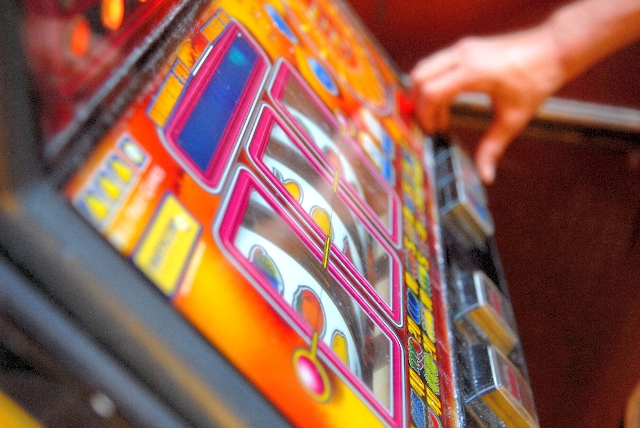 In all of Clark County’s roughly 40 combined cities and unincorporated communities, only one area is gaming free — Boulder City.

Since it was founded as a reservation for Great Depression-era workers building the Hoover Dam in 1931, Boulder City has based its character and reputation on simplicity, said historian Dennis McBride, currently the director of the Nevada State Museum.

McBride, born and raised in Boulder City, said the city was founded on a federal reservation with laws against gambling, prostitution and liquor on land the United States government felt they could “keep control of.”

“It essentially became its own little country, operated by the federal government, with its own laws and regulations,” McBride explained. “They thought about Las Vegas first, but it was a shanty, red light district at the time.”

In the 1940s, the Boulder City Lions Club was among the city’s first organizations to test the gaming rule, McBride said. By putting a slot machine in their meeting hall, the club wanted to use gambling to raise funds for community service projects.

But the idea quickly fell through, McBride said, when the feds cracked down.

It wasn’t until 1969, 10 years after the federal government gave up ownership of the city that even liquor was allowed.

“Maintaining those three prescriptions was a real point of contention among people who wanted to incorporate Boulder City and open it right up,” McBride said. “Most residents didn’t want it to change, they wanted their city to stay clean and green.”

As decades of developers passed through Boulder City, its residents stayed firm against legalized gambling.

The closest call was in the 1980s, less than a decade after developer and then-city resident Mario Caruso bought the Travelers Mohave Motel, demolished it, and rebuilt the three-story Boulder Inn.

Caruso had the top floor of his hotel wired and ready for gaming machines, according to McBride and former Boulder City mayor Bob Ferraro. He sent flyers out to the entire community, letting them know of his intentions to finally bring gaming to the city.

When Caruso’s idea was presented before the city council, the population’s response was unanimous, and it wasn’t in the developer’s favor.

The former mayor called it one of the most attended city council meetings the city has ever seen. “Quite a few” people spoke during the council’s open public comment, Ferraro said, all in opposition.

“People were unanimously concerned and it worked to unite them,” Ferraro said. “It was so crowded that we had people waiting on the front steps of the City Hall building.”

The verdict set a precedent for Boulder City and solidified its stance as gambling free, the former mayor said. Since then, no serious proposals for legalized gambling have come before the city council.

Looking forward, neither Ferraro nor McBride saw reason for that to change.

“I can’t think that gambling would ever, ever, ever be made legal in Boulder City,” McBride said.

“No way,” Ferraro said. “No chance. At least not anytime soon.”

But though Boulder City residents might think they’re the only town in the entire state of Nevada without gambling, the claim isn’t true, McBride said.

Panaca, an unincorporated community of about 1,000 residents in Lincoln County, also outlaws gambling, the historian said.