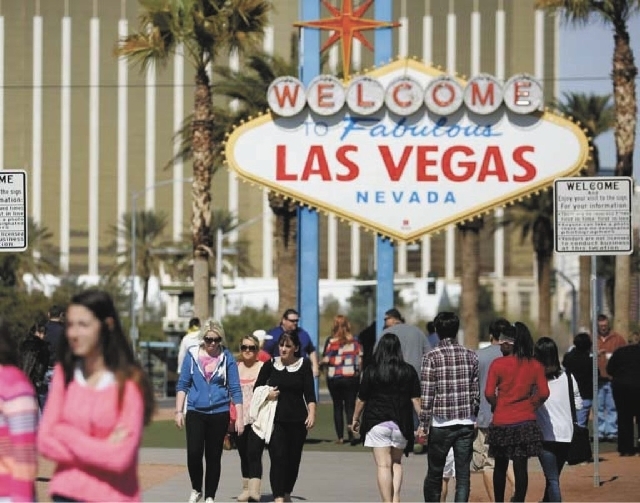 When it comes to branding, it’s no secret that Las Vegas knows how to run with the big dogs.

The Las Vegas Convention and Visitor Authority has spent hundreds of millions of dollars in the past decade to market the city, and it’s paid off: Las Vegas is one of the most recognizable brands in the country, rising to second place in 2007 behind only Google.

A new ranking of the world’s most powerful city brands puts Las Vegas tied with San Francisco at eighth in the world out of the 57 major cities studied. The Guardian worked with Saffron, a brand consultancy, to analyze two major aspects of cities’ brands: their assets (attractions, climate, infrastructure, safety and economic prosperity) and “buzz” (social and traditional media mentions).

Assets and buzz were each graded out of 10, and cities were ranked based on the combined scores of the two. Las Vegas finished with a 15.2 out of 20. Here are the top 10:

Las Vegas scored nine out of 10 in the “buzz” category, which looked at Facebook likes, Twitter sentiment analysis and media mentions. The city scored 6.2 out of 10 on the “asset” scale.

“Safety and a struggling economy are big problems in Vegas, baby – but the Strip retains its freakish ability to drown out the city’s problems in its alluring light,” the Guardian wrote in its analysis. “What happens in Vegas stays in Vegas … and the brand thrives as a result.”