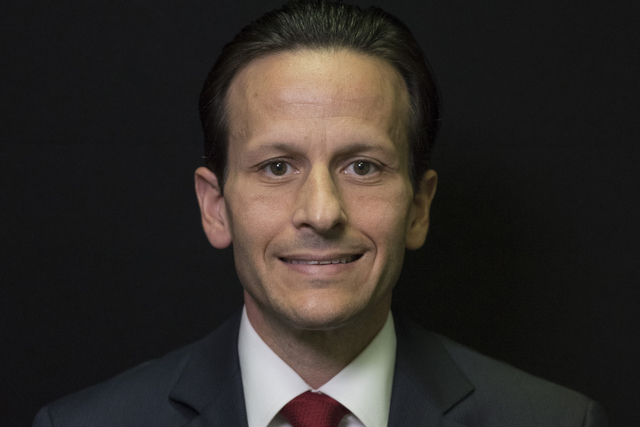 A prominent Las Vegas attorney vying for a seat on the state’s higher education board has spent $54,000 of his massive political war chest to fund television advertisement buys in Southern Nevada.

John “J.T.” Moran — armed with $300,000 in donations for the low-key race — has purchased 158 spots on four local television stations, according to campaign finance records. No other candidate running for a seat on Nevada’s Board of Regents has raised nearly as much money, or spent any money on TV ads.

Moran is the scion of a powerful Las Vegas political family whose grandfather served as Clark County sheriff — widely considered one of the state’s most powerful elected positions. His father, also a Las Vegas lawyer, is a longtime member of the Nevada Gaming Commission.

With a list of supporters that includes Las Vegas Mayor Carolyn Goodman and Rick Harrison of the cable TV show “Pawn Stars,” Moran seeks to claim District 13, a C-shaped region that includes northwest and southwest portions of the Las Vegas Valley and a stretch of mountain land to the west. He vies for the position with James Ratigan, who has raised $17,000 — a healthy sum dwarfed by Moran’s.

Ratigan has accused Moran of plotting to use the job as a stepping stone for higher office.

“It’s disingenuous for anybody to believe he’s raised all this money for this race,” Ratigan told the Review-Journal last month, noting that Board of Regents elections don’t typically draw large donations.