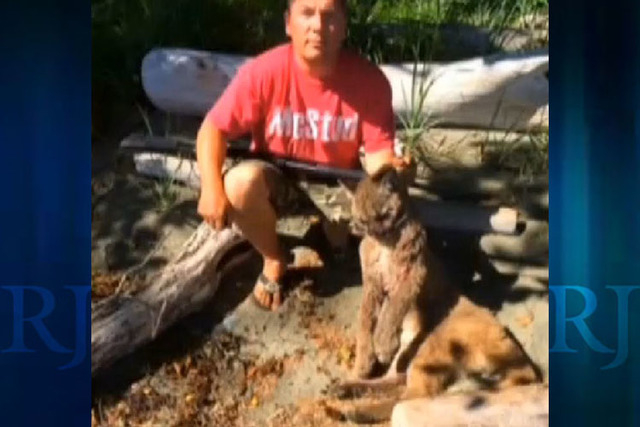 A Canadian man punched then shot and killed a skinny cougar that went after his dog.

Shawn Hanson said he was fishing with his 1-year-old dog Bailey near Uclelet, B.C., Canada, when the cougar snatched the dog and ran away, WFSB reported.

“Out of the corner of my eye, I see a little flash,” he said. “I look down, and it’s a small cougar dragging my dog off into the bushes.”

Hanson chased down the likely starving cat and “punched it in the face.” After rescuing his dog, who only suffered slight wounds, he went after the cougar with his rifle and shot and killed it.

“For it to show aggression at me, it needed to be — it only had about 10 feet and it would’ve been on me, so I had to make that decision unfortunately,” Hanson said.