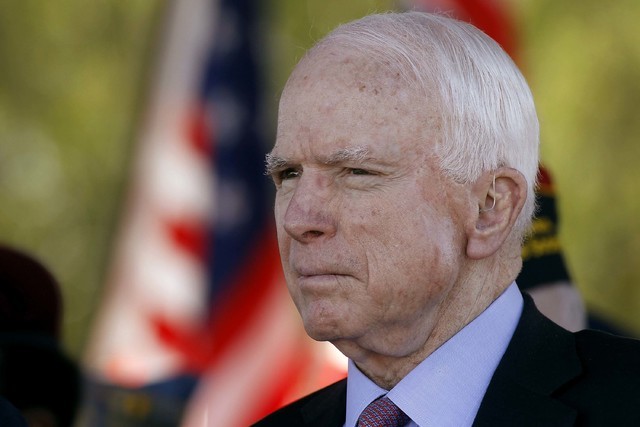 Sen. John McCain, R-Ariz, looks on during a Phoenix Memorial Day Ceremony at the National Memorial Cemetery of Arizona in Phoenix, May 30, 2016. (Ralph Freso/AP) 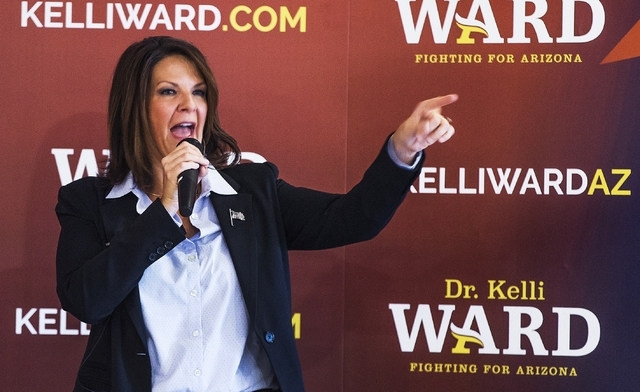 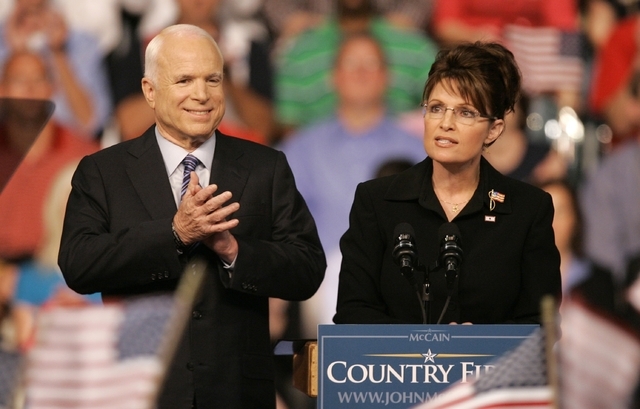 The Republican presidential nominee has attacked many issues dear to the Arizona senator, including the family of a fallen soldier, NATO and even McCain’s own military service. Yet McCain, who faces a primary challenge and a strong Democratic opponent in the fall, has stuck by his support for Trump, at times seemingly through gritted teeth.

“I have said that I will support the nominee of the party, and let me just say to you that is the last time,” McCain told reporters this week as they pushed for more insight into why he continued to back Trump. “If I change my view or my position, then you will be among the first to know.”

Eight years after stumping across the nation himself as the Republican Party’s presidential candidate, McCain wants to focus on Arizona, yet at nearly every step in recent weeks Trump has dogged him.

The billionaire businessman took aim at McCain personally Tuesday, saying he would not endorse him for re-election because “I’ve always felt that he should have done a much better job for the vets.”

Trump earlier suggested McCain was not a war hero because he was captured during the Vietnam War.

McCain slammed Trump last month for saying he might not come to the aid of NATO countries that failed to fulfill their financial obligations. And this week, he lashed out at Trump for attacking the parents of an Army captain killed in Iraq in 2004. Trump drew the ire or many in his party for comments he made attacking Khizr and Ghazala Khan, who spoke at the Democratic National Convention.

“In recent days, Donald Trump disparaged a fallen soldier’s parents,” McCain said in a lengthy statement. “He has suggested that the likes of their son should not be allowed in the United States — to say nothing of entering its service. I cannot emphasize enough how deeply I disagree with Mr. Trump’s statement. I hope Americans understand that the remarks do not represent the views of our Republican Party, its officers or candidates.”

Still, despite concerns about Trump, the vast majority of Republicans in Congress have stuck by him.

McCain’s primary challengers include tea party activist Kelli Ward, who left the state Senate to take him on, and talk-radio host Clair Van Steenwyk, who in an odd twist is also seeking a U.S. House seat. A fourth Republican, Scottsdale businessman Alex Meluskey, suspended his campaign just days before early ballots were mailed to voters, so his name remains as a choice. The primary is Aug. 30.

Many political observers expect McCain to easily advance to the November election. Legitimate polling in the state is lacking, and the only head-to-head poll measuring McCain versus Ward, in late January, showed McCain so far ahead that another poll hasn’t been done.

The five-term senator is known as a tireless campaigner and has spent the past two weeks crisscrossing the state, appearing in rural Arizona and before veterans groups, the state Chamber of Commerce and others.

At 79, McCain remains a combative politician, jousting with reporters and using his post as chairman of the Senate Armed Services Committee to criticize President Barack Obama’s international policies, fight for veterans issues and support Arizona’s defense industry and military bases. As one of the Senate’s most well-known members, he has become an icon in Arizona.

“The people of Arizona know me, and know me very, very well,” McCain said Wednesday. “And they know my record, and they know what I have done and what I can do for the state of Arizona. And they will make the decision on that basis. I am totally confident.”

Ward says not so fast.

“The overwhelming message is, it is time for Sen. McCain to retire, and it’s time for new blood to go into Washington, D.C., and the people overwhelmingly want to vote for Kelli Ward,” Ward said Thursday. “That Trump wave, that wave of the outsider, is coming. And John McCain is crashing under in the tumult, and I am riding high on my surf, and I am going to come in first come Aug. 30.”

The physician from the northwestern community of Lake Havasu City is trying to tap into a widespread dislike of McCain in the conservative wing of the state Republican Party. The state GOP censured him in 2014 for not being sufficiently conservative, but he’s brushed off the criticism.

Retired Green Valley resident Sidney Long is a longtime McCain backer who is considering voting for Ward. Long agrees with most of McCain’s conservative views but likes that Ward is younger and supports term limits.

“I’ve supported him (McCain) so long, and I didn’t pay attention, frankly, to anybody else who was running until I heard a couple things on the radio that made me think, ‘Well, maybe she’s on the ball,’ ” Long said.

McCain has a history of fighting off primary challenges from the right. In 2010, he trounced conservative stalwart Rep. J.D. Hayworth by 24 percentage points.

McCain has been spending his vast war chest on the Democrat in line to challenge him if he knocks off Ward and Van Steenwyk in the primary. He had $5.8 million in the bank June 30, compared with just $240,000 for Ward.

Meanwhile, Democratic Rep. Ann Kirkpatrick is unchallenged in her primary and has $2.4 million in the bank.