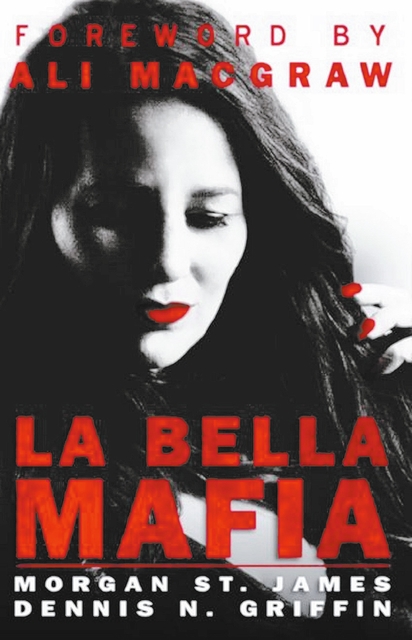 "La Bella Mafia" subject Bella Capo is slated to speak alongside is slated to speak alongside “My Father, My Don” author Tony Napoli, son of mob boss Jimmy “Nap” Napoli, from 7 to 9 p.m. Jan. 7 at the Clark County Library, 1401 E. Flamingo Road, as part of the library’s Mob Month programs. Speakers are scheduled to participate in the free programs every Tuesday in January. (Special to View)

“When we first started, we had a month where there wasn’t much programming,” said Julie Okabayashi, scheduling specialist for the Clark County Library. “A local crime writer and mob expert, Dennis Griffin, approached us about doing a lecture and signing. We’ve been doing it every January since then.”

Griffin is set to be back for the inaugural event of this year’s Mob Month, “Son and Daughter Of The Mob,” scheduled from 7 to 9 p.m. Jan. 7. Griffin and co-author Morgan St. James are set to speak about their book “La Bella Mafia.” The book’s subject, Bella Capo, the daughter of a mob figure, escaped her past and now runs La Bella Mafia, a support group for battered women.

“When you hear her story, it’s just unbelievable what she went through,” said St. James. “She was beaten as a child and suffered sexual assault. She married a mobster to appease her father and ended up being protected by the Crips (gang) when she was trying to get a divorce.”

Also set to speak that night is Tony Napoli, the son of an East Coast mob boss. He followed his father into the business before breaking away from the crime world to become a boxer and a soldier and work at a major Las Vegas casino.

“There’s a great interest in the subject,” Okabayashi said. “We always get a big crowd. The mob was a big part of Las Vegas history.”

In addition to Tuesday panel discussion events, a special Saturday event, “Me, The Mob And The Music — One Helluva Ride With Tommy James & The Shondells,” is scheduled from 1 to 3 p.m. Jan. 18.

“Tommy James, the lead singer of Tommy James and the Shondells, is going to be speaking about the record company his group recorded for, which was a front for the mob,” Okabayashi said. “He won’t be there in person; he’ll be talking to us via Skype. We’re very excited and a little nervous about it. This is the first time we’ve done something like this.”

St. James said that from the response she gets from her readers, there’s still a strong demand for crime fact, fiction and anything to do with the mob.

“I’m glad there’s the demand,” St. James said. “I hope I get to write about this for a long time. It’s a subject I’m fascinated with, too.”