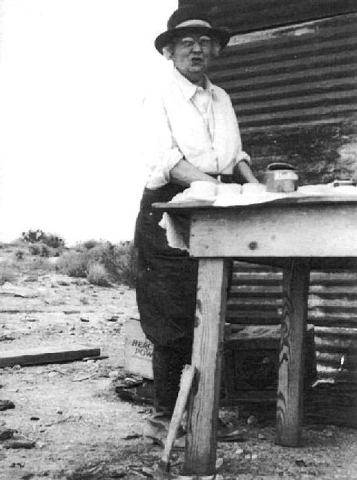 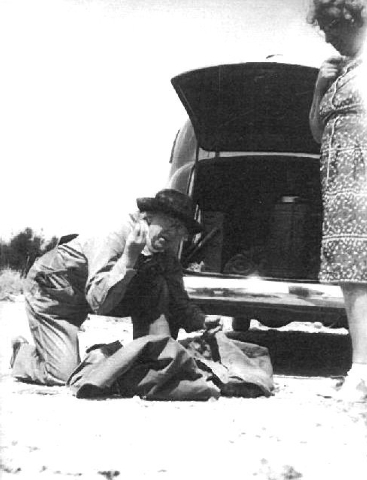 The Clark County Museum, 1830 S. Boulder Highway, got its start thanks to Anna Roberts Parks, a local mortician who collected historical artifacts as a hobby.

To honor Roberts Parks, the facility named one of its exhibit halls for her, according to museum administrator Mark Hall-Patton.

“She is memorialized here because it was her historical collection that started the museum,” Hall-Patton said. “We’ve added to the collection over the years, but it’s what got us started.”

Born in Pennsylvania, Roberts Parks moved to Nevada in 1905 with her husband, William Roberts, who was the first mortician in Las Vegas, Hall-Patton said.

“She got divorced in the 1920s and went to mortuary school to become a mortician herself,” Hall-Patton said. “She continued her ex-husband’s business and became the first female mortician in the area.”

In 1926, she married Gene Parks, and they opened Parks Palm Funeral Home in downtown Las Vegas, according to Larry Davis, general manager of Palm Downtown Mortuary and Cemetery.

“It was over on First Street and Carson Avenue, where the Golden Nugget stands today,” Davis said. “The story goes that there was a palm tree in the front of the building they occupied, and that’s how they got Parks Palm Funeral Home.”

Roberts Parks and her husband remained owners of the funeral home until they sold the property to Jerry Woodbury and Don DeVoe in the mid-1940s.

“In 1957, Jerry Woodbury and Don DeVoe purchased our current property on Main Street, and it became our headquarters,” Davis said. “We have six Palm Mortuaries in the valley and an additional three that are affiliated with Palm but carry a different name.”

“It was an interesting eclectic collection,” Hall-Patton said. “She had jars of shells and rocks and a stuffed penguin, but she also had a lot of really nice historical artifacts.”

As her collection grew, Roberts Parks opened a private museum in downtown Las Vegas; however, when she died in a car accident in 1962, her collection was turned over to her daughter.

“Her daughter wanted to keep the collection in Southern Nevada, but it wasn’t clear what was going to happen with it,” Hall-Patton said. “Eventually, Maryellen Sadovich, a local historian, spoke with the Henderson Chamber of Commerce to start a museum, and she asked the family to consider putting the collection in the museum.”